Let’s be frank: Thanksgiving is an awkward subject.

The images we associate with Thanksgiving are, at best, sugar-coated. That “first Thanksgiving” in Plymouth, Massachusetts in 1621? It’s a nice story–until you think about all that happened next in colonial/Native American relations.

What do you do when the first chapter of the story of your country is a prelude to tragedy?

Answer: Stop telling the wrong story, and learn the right one.

The first two books on this list are all about understanding our history.

An Indigenous Peoples’ History of The United States

“All the Real Indians Died Off”: And 20 Other Myths About Native Americans 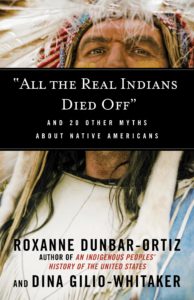 The central problem with most of the histories that we read about Thanksgiving, and history in general, is that they are from the perspective of the Europeans.  No matter how accurate these works are, the Native Americans are treated as background characters.

In these two books, Roxanne Dunbar-Ortiz writes history with the Native Americans as the main actors. An Indigenous Peoples’ History of the United States is a thorough, tragic, yet deeply gripping work of history that spans nearly half a millennium. “All The Real Indians Died Off”, on the other hand, focuses on dispelling specific widely held beliefs about Native Americans.

You can purchase both books online.  An Indigenous Peoples’ History of the United States is also available at Bracken Library.

Thanksgiving: The Holiday at the Heart of the American Experience 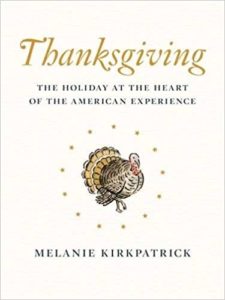 Much of what we associate with Thanksgiving has little or nothing to do with Native Americans or pilgrims. The History of Thanksgiving as a holiday is also fascinating and enlightening. In Thanksgiving: The Holiday at the Heart of the American Experience Melanie Kirkpatrick tells the story of how Thanksgiving became such an American tradition, despite its tragic founding myth.

You can purchase the book online.

It can be hard to tell Thanksgiving stories because of its historical baggage. But by understanding that history, we can avoid perpetuating harmful myths. 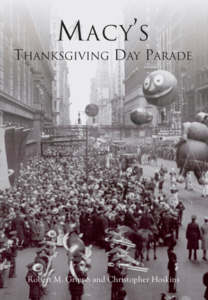 The Macy’s Parade is one of the most pervasive and bizarre American Thanksgiving traditions. It’s an institution.  It feels like something that must have always existed. Macy’s Thanksgiving Day Parade by Robert M. Grippo and Christopher Hoskins shows us that everything started somewhere, even things that seem like they’ve been around forever. What I love most about this book is the images. All the pictures of the old balloons and floats seem so familiar but are so clearly of a different time. This is a great book for readers who want to bask in nostalgia.

You can purchase it online.

I’ve reserved this last spot for two books that will always hold a special place in my heart and on my reading list around Thanksgiving time.

By Wende and Harry Devlin

Cranberry Thanksgiving is the first book of the series of children’s books about holidays and traditions “Cranberryport.” This series, like many traditions in themselves, feels like it must have always existed. This is a simple story about generosity, community, and Grandmother’s Famous Cranberry Bread.

‘Twas the Night Before Thanksgiving 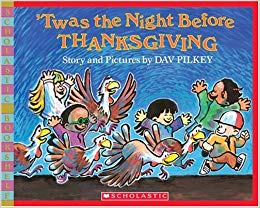 Dav Pilkey has probably turned more mischievous boys into readers than J.K. Rowling.  I say this because he wrote Captain Underpants (among other widely read series of middle-grade fiction). This title stood out to me because I specifically remember buying it from my Scholastic Book Fair in the second grade. This story is a fun romp about a group of kids and a turkey farm.  It is highly recommended to those looking for a slightly more mischievous Thanksgiving.

What books do you like to read around Thanksgiving time? Let us know in the comments or on social media @bsuenglish!