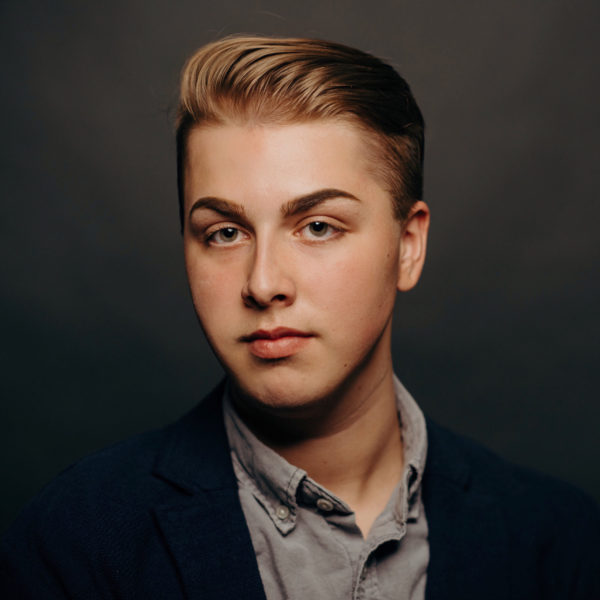 Matthew Ambrosen is a senior Music Education major from Goshen, IN.

“I’ve been involved with singing every year since 5th grade, being active in IMEA’s Circle the State with Song, as well Choir in Middle School and High School. High School is where I got really into voice, being involved with the Advanced Choir, Show Choir, Men’s Choir, musicals, began taking lessons, as well as being in the Indiana All-State Honors Choir. I originally joined choir because I didn’t really want to carry an instrument around! I soon found that I had a strong inclination for singing, and as I began to explore it further and further, I developed my voice and passion as a musician.

“Growing up in Goshen, I lived in a community that supported the arts and arts education. I had a very developed and supported education that allowed me the opportunities that shaped me into the musician I am. This was done through outstanding music educators! Music is where I could succeed, and I succeeded because of them, so I wanted a university that could allow me to do the same for others. I have easily found this at Ball State!

“My best memory here has been the camaraderie of making music with my friends. Countless experiences of performing in masterworks, concerts, recitals, and studio class, all with people I care for and can laugh with! I also serve as the Public Relations Exec in the a cappella group ‘Note To Self’ on campus, and they have given me some of the best times here.”