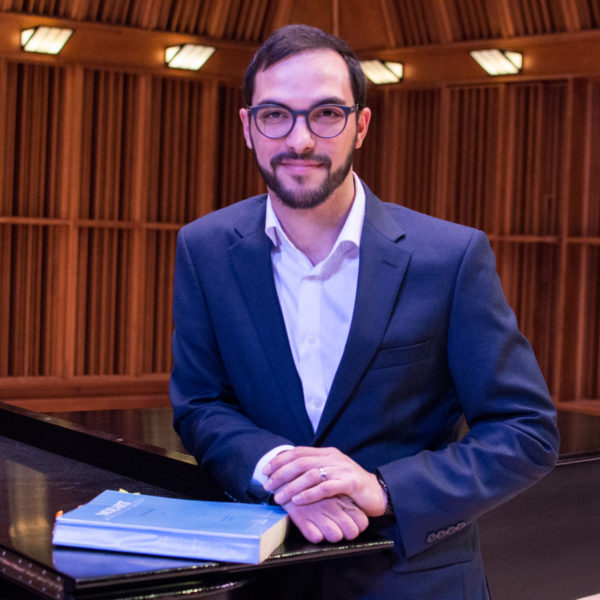 “I’m playing Don Giovanni, basically a noble guy who just wants to party and be with as many girls as it is possible in one lifetime. It is a gigantic role, and that’s the most challenging part about it – so much music, so many recitatives! But I’m loving it. A lot of it has a “bravura” thing to it, but I’m trying to bring a more lyrical shape to Don Giovanni’s music – something that will work well with my particular voice type (Lyric Baritone). Another challenge about playing Don Giovanni is trying to come to terms with the fact he is a bad guy. Many times we just want to make music that’s amazing and that will somehow make the world a better place. Don Giovanni does not want that – he will kill a guy and hit on a girl five minutes after that because he just doesn’t care. The psychological aspect of playing Don Giovanni involves realizing that we need to see and play those types of characters so that we learn how to NOT act like them. It’s a been an extremely rewarding experience.” 📸: @jkwcreative