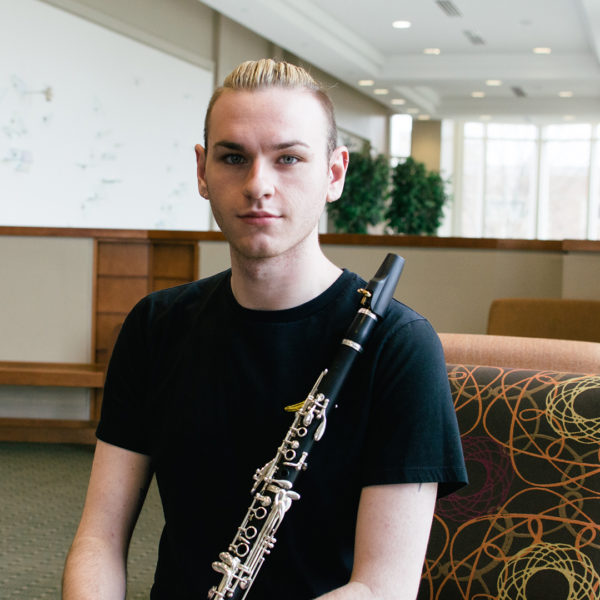 “I think that being at Ball State University has shaped me in countless ways. As a performer, I get to play such a wide variety of music from early classics to new works/premieres. Getting this type of exposure has helped me perform in certain styles and express ideas differently based on the music I am playing. Also, getting to work with many of my friends and talented peers has had a huge impact on my playing; I’m constantly learning from the way others play, whether it be in large ensembles or smaller chamber groups!

“While I’ve had so many exciting and fantastic memories, one sticks out in particular: the 2019 Ball State University Bands Black History Month concert. For this concert, we had a fantastic program – starting with an emotional piece about a church bombing entitled ‘American Guernica,’ and closing with Omar Thomas‘s ‘Come Sunday.’ During the performance, the energy was unreal, and uplifted feeling and audience reaction we received made it one of my most influential performances I’ve had at Ball State so far!”