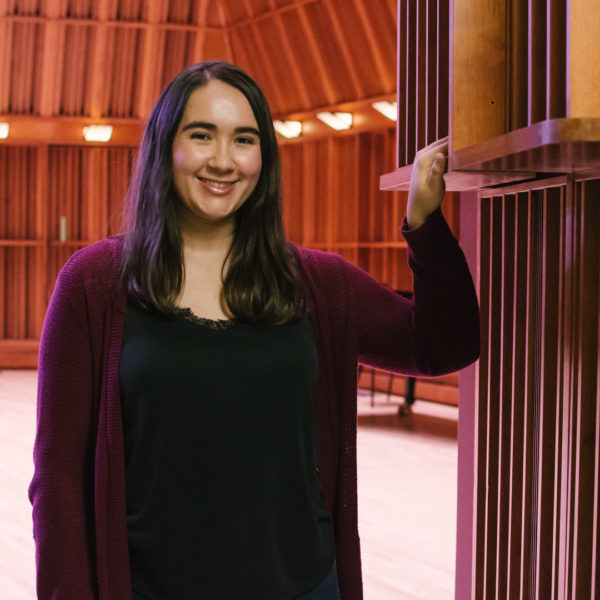 “I had two years of working as a Sursa Hall backstage staff member before taking on the backstage manager assistantship last year. This year, I had the privilege to help run the Jazz at Lincoln Center Orchestra with Wynton Marsalis concerts. One of the best moments from the entire weekend was when I had to make the backstage announcement before the second show. The band was talking quietly but shushed each other and stared at me when I starting making the announcement. As soon as I finished and turned the mic off, I turned around and was met with applause. We all started laughing and I gave a small bow before letting them on. Who knew Wynton Marsallis and JLCO would give me applause that weekend – I sure didn’t! I spent the rest of the show sitting in a wing listening to their amazing set. Overall, that weekend was one of the best backstage experiences of my life.”