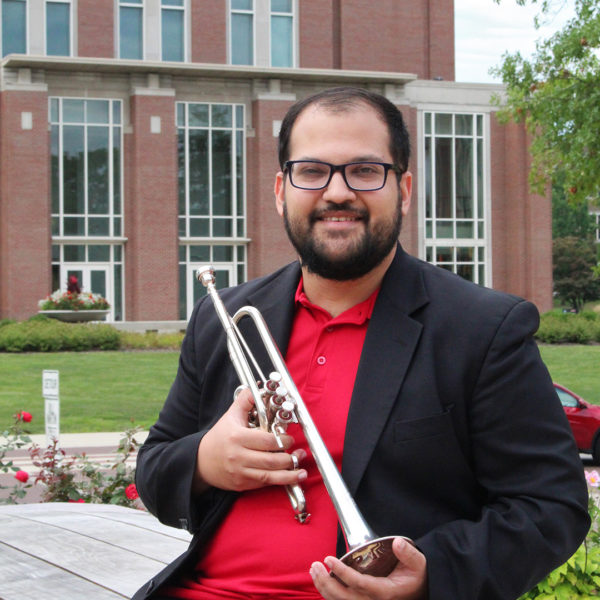 “I began playing trumpet just like most beginners in the 6th grade. My older sister was in the band so I thought I wanted to join as well. I was also a member of the Houston Boychoir. We were invited to perform Carl Orff’s Carmina Burana with the Houston Symphony and it was the first time I’ve ever heard an orchestra and the trumpet up close. I was amazed at the sound of the trumpet and I knew I wanted to play it.”

“I recently won the second trumpet position with the Terre Haute Symphony Orchestra and the principal trumpet position with the Columbus Indiana Philharmonic. Both came as a shock! Auditioning is by no means an easy task due to the preparation. I enjoyed studying the musical scores and understanding the relationships between the trumpet and orchestra parts and even its history. The exposure to repertoire I have not performed nor heard for an audition makes the audition process more entertaining and enjoyable.” 📸: Dominic Zelli