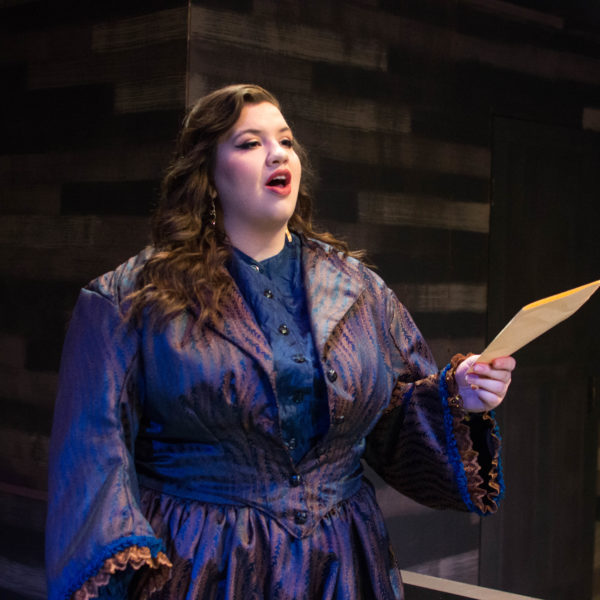 Emma Noseem  is an undergraduate vocal performance major who will be performing as La Zia Principessa in “Suor Angelica” as part of the Ball State Opera Theatre production of Puccini’s “Il Trittico”.

”The Principessa is a character with traits far removed from ones of my own personality. She is stern, royal, and is ultimately convinced her views are right and just, no matter the circumstance. I have gone through an extensive character study in attempt to channel her effortless mix of being graceful while authoritarian. Personally, my tribulations stemmed from truly committing to being a character so unlike myself. I struggled with understanding her reasoning and actions at first; however, through further investment into becoming her, I can understand why the gravity of her position impacts her so deeply. I’m excited to transform into a character with such status and an important message to convey; if I perform successfully, I hope to truly make an impact on the audience and the plot of the opera.”

*Emma Nossem graduated from the School of Music in Spring, 2018