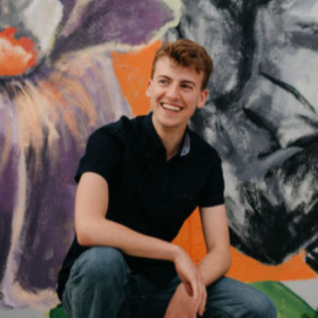 Braden is a freshman Music and Theatre Creation Major from South Bend, IN. He will be performing the role of Mr. Upfold, the mayor, in Ball State Opera Theater’s upcoming production of Albert Herring.

“I have been studying voice seriously for 5 years because I started realizing that music was more than just a small aspect of my life that my parents brought me up with; it was how I enjoyed expressing myself artistically. This realization occurred after watching and listening to several musicals, most notably anything written by Stephen Sondheim.
“So far at Ball State, I have most enjoyed getting to surround myself with fascinating people who come from different walks of life. I make a point to have lunch with at least one new person that I don’t know terribly well every week.”