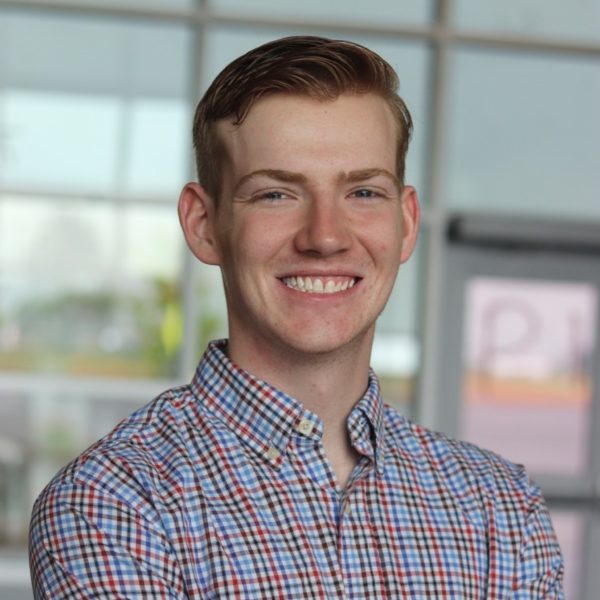 Noah Smith is a Junior music education major, from Evansville, IN.

“I began playing music at a young age, experimenting with the harmonica, piano, recorder, and a small drum pad. I was originally inspired to do music through listening to it all the time because of my father. He would be listening to something all the time while he was working around the house or driving us around, I just learned to enjoy listening to music through that. My original goal was to play drum set in band; however, my journey in band began on trumpet, though not for long. My band director at the time believed I would be more successful with playing on a euphonium and I have been playing it ever since! I think being exposed to a lot of different kinds of music early on really made me want to start doing it.

“My favorite memory from Ball State is when the Symphony Band played David Maslanka’s Give Us This Day. It was an incredible piece of music to play and was one of those concert cycles that reminded me why I enjoy playing music with other people so much. I am very thankful to Dr. Hand for that opportunity.

“I decided to come to Ball State for a few different reasons. The first being, I loved the campus, it was incredibly green and bright and left a great first impression, the next being my family’s legacy through Ball State. I have had several family members attend: my aunt, my grandfather, and my grandmother. They would talk fondly of their times here and I really wanted to continue that legacy in my family. I also was inspired by the reputation the music education program had, I knew I wanted to gain the best training that I could to help my future students.”