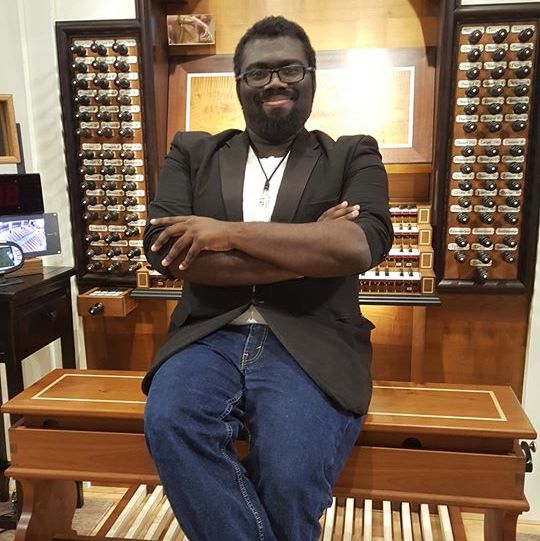 Wolff Roos is a senior from Indianapolis pursing a degree in organ performance with secondary studies in jazz.

“The first time I ever heard a pipe organ was at the age of 3. My father was a priest at an Episcopal church in Vincennes, IN. We lived in the parish house at the time that was connected to the church, and my bed was literally right across from the sanctuary where the organ was. I would hear the organist practicing every single day and it was always the first thing I woke up to. At age 6 I asked my father if I could see the organ. When I first saw it up close for the first time, I was very afraid because I didn’t know if it would growl at me or scare me, and the church was quite dark which didn’t help. According to my father I was at the organ for a long time while he was working and was playing J.S. Bach’s ‘Jesu, Joy of Man’s Desiring.’ The rest is history from there. That same year at age 6 I took piano through elementary school and later moved to Indianapolis at grade 5 when my dad retired and mom took on a new priest position. 7th grade I started organ lessons on through high school. After graduating high school, I did my first ever organ concert at the Cathedral on monument circle in Indianapolis. From then on, I knew that this was my destined path as a musician, and here I am now at Ball State perusing that path.