September was an exceptionally busy month for the “Pride of Mid-America” Marching Band, but it only heightened the hype of the ensemble! POMA ended the month of August by performing at Lucas Oil Stadium at the Ball State versus Indiana University football game. The Band had a blast performing their “Superheroes” show and cheering on the Cardinals.

On September 14th, POMA also hosted their annual Family Day event for the marching band members families. As the season progresses, the Pride of Mid-America is looking forward to hosting and performing at the Bands of America Regionals competition on October 5th. We’re hosting our first alumni band day in 15 years on October 19th, so make sure to come out and support our band and alumni! Remember to keep up with POMA and follow us on social media, provided below. Chirp Chirp and Go Cards! 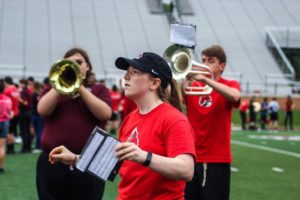 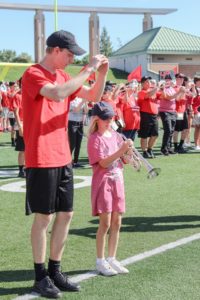