Many great things happened to our faculty over the summer! Read below to find out more about what they have published and presented.

Prof. Cathy Day has been selected as a 2019-2020 fellow in the MAC-Academic Leadership Development Program (MAC-ALDP). She will meet once a month with other Ball State fellows and travel to the University of Buffalo and Northern Illinois University for leadership workshops. 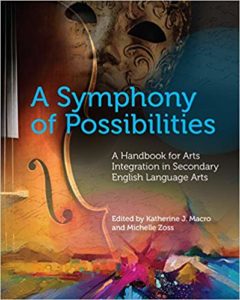 A Symphony of Possibilities

Prof. Emily Jo Scalzo’s poem “Exclusion” won Poets Reading the News’ Photo of the Week ekphrastic challenge for the second week of May. The challenge focused on African runner Caster Semenya. Also in May, her poem “Reprieve” was published in New Verse News. 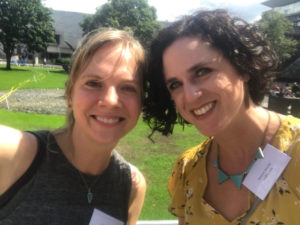 Prof. Kathryn Ludwig’s article “To Dwell in Grace: Physical and Spiritual Situatedness in Marilynne Robinson’s Lila” has been accepted for publication in a special issue of the peer-reviewed journal Humanities.

Prof. Silas Hansen published an essay, “15 Things I’ve Noticed While Trying to Walk 10,000 Steps Per Day: Muncie, Indiana Edition,” in Hobart in May 2019. He also edited his second issue as Nonfiction Editor of Waxwing (Summer 2019 issue).

Prof. Katy Didden had a new poem accepted for Spoon River Poetry Review’s Illinois Poet Redux anthology, which will be published this Fall. She had two panels accepted for this year’s AWP conference, including “Towards a “Third Language”: Rethinking Text + Image Assignments in the Workshop,” and “One Hundred Years of Poetry in the Sewanee Review: A Celebration.” 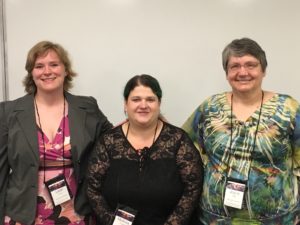 Prof. Joyce Huff presented a paper entitled “The Fat Uncanny: Abjection and the ‘Phantom of Fat’” at the International Gothic Association in Chicago, IL. Presenting with her on the panel “Phantoms, Medusas, and False Selves: Abjection in Film and Literature” were Ball State English graduate students Melissa Powell and Leah Heim.