Our faculty continue to publish, present, and make a difference, but also, our students and alums are getting jobs, internships, and fellowships. They’re moving on to grad school. They’re taking the next step. Find out more below! 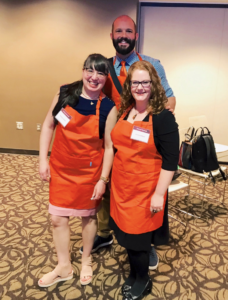 Prof. Emily Rutter and Prof. Debbie Mix presented their essays from the forthcoming volume Revisiting the Elegy in the Black Lives Matter Era (Routledge, Fall 2019) at the annual MELUS Conference in Cincinnati.

Prof. Jill Christman and Prof. Mark Neely received a Provost’s Immersive Learning grant for “The River Teeth Lab for Writing and Publishing.” This lab is a new immersive learning model, which will bring the experience of editing and publishing a nationally renowned literary nonfiction magazine into various classrooms.

Prof. Mark Neely’s poems, “Rhizome” and “Red Lever,” appeared in the spring issue of FIELD: Contemporary Poetry and Poetics. This is the 100th and final issue of FIELD, which has been publishing important work for fifty years. Recent poems have also been published by Cream City Review and Slice Magazine, and new poems will soon appear in Faultline and Louisville Review.

Prof. Molly Ferguson presented at the American Conference for Irish Studies in Boston, where she also served as the Midwest Representative on the executive board. Her paper was titled, “Mapping Irish Literature using GIS in the English Capstone.”

Prof. Katy Didden was a featured reader this month at the Spirit Lake Poetry Series in Duluth, Minnesota, and at the University of San Francisco’s Emerging Writers Festival. She has won residencies for this summer at the Hambidge Center and at the Virginia Center for Creative Arts. Together with her colleagues from last summer’s Banff Research in Culture: Beyond Anthropocene Group, she has contributed poems, exercises, chants, and oracles in the key of rain and smoke for their publication: The Almanac for the Beyond. This was published by Tropic Editions this month, and edited by Jaimey Hamilton Faris. You can download this almanac for free here. Please share widely! 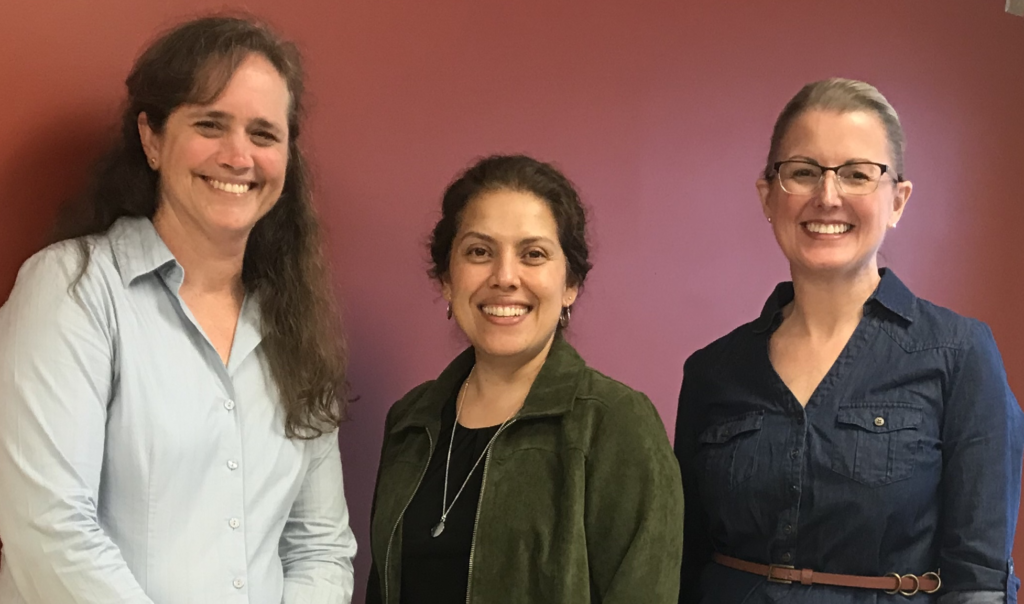 The education faculty at Ball State were celebrated for their roles our university’s accreditation by the Council for the Accreditation of Educator Preparation (CAEP). Pictured are Prof. Lynne Stallings, Provost Susana Rivera-Mills, and Prof. Pamela Hartman

Prof. Emily Jo Scalzo has a haiku in the Spring 2019 issue of Wales Haiku Journal. Her poems “Why I Haven’t Worn Shorts in 23 Years,” “Last Night I Dreamt I Killed a Man,” and “Parched in Fresno, 2010” were accepted by Down in the Dirt magazine for the Nov/Dec 2019 issue, and are currently up in Scars Publication’s writer’s section.

Prof. Mary Lou Vercellotti presented at the TESOL International Conference in Atlanta, GA. Her research with Dr. Dawn McCormick presentation described English learners’ self-corrections during a speaking task and during a post-task activity. In addition, they led a six-hour workshop about creating rubrics for the (Teaching English to Speakers of Other Languages) TESOL classroom during the Pre-conference Institute.

Prof. Silas Hansen presented at the Association of Writers & Writing Programs Conference in Portland, Oregon as part of a panel called “Obsession in the Archives: The Art of Research in Creative Writing.” He will also have an essay published in Hobart in May 2019. 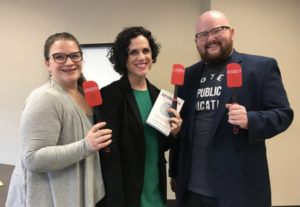 Prof. Sarah Domet’s short story “What My Sister Took” appeared in the spring issue of The South Carolina Review. Sarah was also a featured guest at the 12th annual Clemson Literary Festival at ClemsonUniversity in South Carolina. In addition, she was the guest judge for the student creative writing awards at the Indiana University South Bend where she was the featured reader during the award ceremony.

Maggie Sutton (BA Creative Writing 2020) is the recipient of the 2019 James S. Ruebel Honors Fellowships for International and Innovative Experiences. Maggie is a pre-med English major (yes, there is such a thing) whose fellowship will support a medical and health care internship in cape Town, South Africa. She intends to share her experiences with current and prospective Honors College students through video and written articles, and the lessons learned through these experiences will affect her patients and colleagues throughout her career.

Sarah Victor (MA Creative Writing 2019) has been accepted in the Ph.D. program in Literature and Criticism at Indiana University of Pennsylvania, where she plans to focus on gender roles and the agency of women in postcolonial literature of South Asia.

Justine Waluvengo (MA Literature 2019) has been accepted into the Ph.D. program in English at Vanderbilt University, where she plans to focus on African American and Diaspora Studies.

Eileen Porzuczek (BA Creative Writing 2019) has been accepted in the Emerging Media Design and Development MA program at Ball State. This summer, she will be working as a Public Relations and Design and Editing Intern at the Indiana Writers Center in Indianapolis. Eileen will also be teaching a class at the Indiana Writers Center on networking and using LinkedIn. You can connect with her on LinkedIN or Twitter.

Kellie Suttle (MA in Linguistics & TESOL) has been awarded a Fulbright Award to teach English in South Africa.

Olivia Grenier (Education- English language arts) has been accepted to be a one of Ball State’s Honors Peer Mentors for this upcoming school year.

Melissa Powell’s (PhD Literature, 2023), Leah Heim’s (MA Literature 2021), and Dr. Joyce Huff’s panel—Phantoms, Medusas, and False Selves: Abjection in Film and Literature—was accepted to present at the 15th conference of the International Gothic Association which is being held in the US for the first time this year. 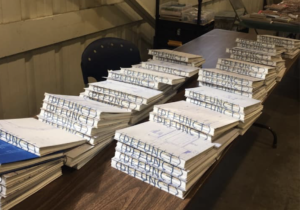 Book Arts Collaborative students have published an edition of 69 hand printed and sewn copies of Defunct: A Resurrection by South Bend writer Kelcey Parker Ervick.  They launched this at their annual Interrobang Wayzgoose festival on April 12, and it is sold out already.

Brache James (BA Creative Writing 2020) has accepted an internship from Rose Metal Press for this summer and was also offered a freelancing gig from Ball State alum Eric Eicher and his company RightHand; she will be aiding in their rebranding initiatives.

Arryn Dennard (Film/Screenwriting minor, 2020) has been accepted into the graduate screenwriting program at the American Film Institute, one of the top film schools in the world. She has participated in the TCOM Summer Film Immersion, and was a winner at the most recent Frog Baby Film Festival.

Emily Turner (BA English Studies 2020) has been offered a position as a summer intern at the Indiana Writers Center.

You can connect with him on LinkedIn and Twitter. 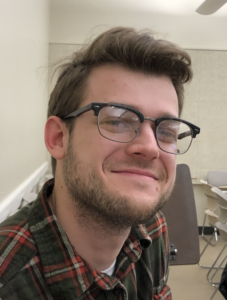 Savana Newton (BA English 2018) has been accepted to the Boston University MS in Television program. You can connect with her on LinkedIn.

Good News posts will be back in the fall when we’ll share all of the good things that happen this summer.