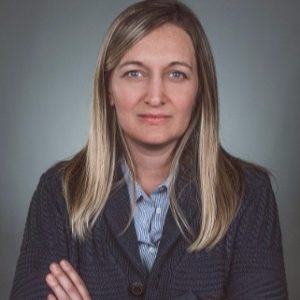 Allison Tourville graduated from Ball State with a BS in History and Geography in 2007, and later received her MA in History in 2011.  While Tourville was working on her MA, she worked at the Boys and Girls Club of Noblesville as the Assistant Manager of Athletic Operations. After graduating, she accepted a position as the Resource Development Coordinator of the Boys and Girls Club of Bellevue, Washington.  Tourville started her current career in Seattle, Washington at Vulcan Inc. as a writer and editor.  She worked her way up to Senior Digital Media Strategist where she helps develop different kinds of social strategies and digital content campaigns in order to share the compelling story of Vulcan.

What is the most interesting part of your job?

The diversity of work I get to be involved in. We do a wide range of programs, projects and initiatives at Vulcan, [a company owned by Microsoft co-founder Paul G. Allen] I’ll swing from creating storytelling campaigns around elephant conservation to launching a music festival to live-streaming a sunken ship discovery.

If things develop as you would like, what does the future hold for your career?

I’d like to just continue telling these types of cool stories, but it will be interesting to see how people access those stories as the landscape of digital and social media seems to change at the speed of light. The stories don’t change, but how you tell them and where people are accessing them most definitely does. I was a freshman in college at Ball State when the first round of Facebook appeared solely for college students as a way to connect, if you would have told 18 year old me in my dorm in LaFollette (RIP) that one day I’d be a “professional Facebooker” I would have laughed at you, because the platform was so simplistic. Now it’s one of the most important places to publish your content, even beyond your owned digital spaces…but even in the past few years, that has begun to shift.

What skills are required in your position on a day-to-day basis?

Analysis and being forward thinking. Digital media isn’t just dropping content into the internet and hoping people read it. It’s thinking about your audience and your goals, and how you should format your content. Is it a long-form story about exploration or is it a short video for Facebook that teases an upcoming film? You also need to be able to see stories on the horizon based on the projects people are working on and get started planning for them, even as you’re in the thick of what you’re currently working on.

What has been the most life-changing piece of writing you were exposed to in college?

I am probably going to get deep-dork here, but lots of books on Mexican culture and national identity, “The Labyrinth of Solitude” by Octavio Paz, “Que Vivan Los Tamales” by Jeffery Pilcher and “Rituals of Rule, Rituals of Resistance” edited by William Beezley. Also, I have since re-read “What Hath God Wrought” which was assigned by Dr. Etcheson, because it is so good and so relevant. It was a little annoying to re-read because of all the highlighting and notes in the margins all over the book.

In ten words or less, offer one piece of advice for English/Humanities majors.

Your career will be shaped by the skills you’ve honed studying the content you’re passionate about.

Create a LinkedIn profile; they’ll look at that before your GPA. Here’s mine.