We know it has been a strange, difficult couple of weeks. As the semester draws to a close, we wanted to share some good news from our community to help boost morale. April saw plenty of awards, several new publications, and a number of career updates that we wanted to celebrate with you. 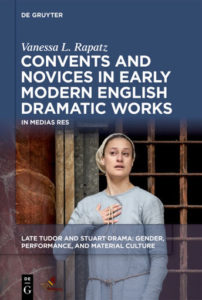 Prof. Vanessa Rapatz’s book is out! The book examines how the English came to terms with the meanings of convents and novices even after they disappeared from the physical and social landscape in the wake of the Protestant Reformation. In five chapters, it traces convents and novices across a range of dramatic texts by such writers as William Shakespeare, Christopher Marlowe, Margaret Cavendish, and Aphra Behn. Convents, novices, and problem plays emerge as parallel sites of ambiguity that reflect the social, political, and religious uncertainties England faced after the Reformation.

Prof. Cathy Day has been invited to participate on an MLA panel in Toronto in January 2021. This panel has been organized in connection with the ADE Ad Hoc Committee on English Majors’ Career Preparation and Outcomes.

Sean Lovelace recently published “A Conversation with My Father by Grace Paley” in New World Writing.

Dr. Darolyn “Lyn” Jones essay titled “In Indy, #blackyouthmatter!” was accepted for publication by Belt Publishing in the upcoming city anthology titled, The Indianapolis Anthology due to be out in early 2021.

Dr. Darolyn “Lyn” Jones education book, Painless Reading Comprehension, was chosen for a 4th edition, due out in the Fall of 2020.  Barron’s Publishing was absorbed by a larger publishing house and only a handful of Barron’s titles were chosen to continue with the new education publishing house, Kaplan Publishing.

Dr. Emily Ruth Rutter was recently awarded a Creative Teaching Grant to pilot a course on race and antiracism, which she is designing in collaboration with the newly launched Student Antiracism and Intersectionality Advisory Council. She also received the 2020 Vander Hill Distinguished Honors Educator Award.

Book Arts Collaborative is the recipient of an Indiana Humanities Council Action Grant to fund honoraria for Interrobang Wayzgoose Festival of Book Arts which will be rescheduled sometime later in the year.

Michael Begnal has four poems up at Live Encounters journal.

Rory Lee’s collaborative webtext “Ways of Knowing and Doing in Digital Rhetoric: Pedagogy” was published in Kairos: A Journal of Rhetoric, Technology, and Pedagogy.

Dr. Ben Bascom has been awarded a summer research fellowship at the Filson Historical Society in Louisville, KY to examine rare books for his monograph, Feeling Singular: Queer Masculinity and Archive Desires in the Early United States. 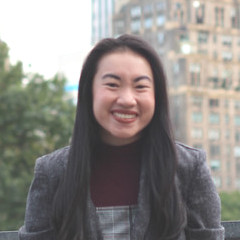 Natali Cavanagh (BA Creative Writing 2018) has started a new position as Marketing Coordinator for Children’s Books at ABRAMS in New York, NY. Since graduating, she’s been working at Little, Brown for Young Readers as a Marketing Assistant. Connect with her on LinkedIn. 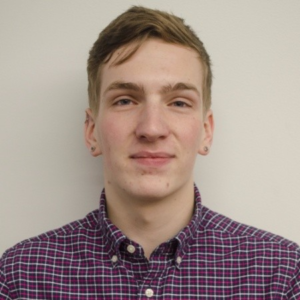 Levi Todd (BA English Studies 2017) has accepted an offer as Youth Programs Coordinator with ALSO (Alliance of Local Service Organizations) in Chicago. They’re a community organization that works in partnership with people living in risk of violence to promote safer streets and homes. Connect with him on LinkedIn.

Will Chesher (MA Rhetoric and Composition) won the MA University Teaching Award. The Excellence in Teaching Award recognizes graduate students who exemplify excellence in Ball State University’s teaching/learning mission.  The purpose is to raise the awareness of the emphasis given to teaching excellence and mentoring as components of graduation education and the preparation of graduate students for future careers as college and university faculty.  They give two awards: one for a doctoral student and one for a master’s student. Check out the program from the awards ceremony.