Can you believe it’s almost February? The first month of the decade flew by! Luckily, that didn’t stop our #bsuenglish faculty, alumni, and students from hustling. From publishing books to new jobs, we are incredibly proud to highlight everyone’s accomplishments. Read on to see all the great things that happened throughout this rainy January. 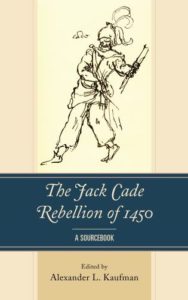 Alex Kaufman’s book, The Jack Cade Rebellion of 1450: A Sourcebook was published by Lexington Books/Roman and Littlefield.

Victoria Barrett published an essay, “The Chimera’s Child” in Gay Magazine on 12/31.

Brent M. Blackwell recently published the article “Breaking all the Rules: Bringing Calculus into the Humanities Classroom” in the upcoming issue of Honors In Practice.  He will also present a paper at the International Medieval Congress 2020, held at the University of Leeds in England on 6-9 July 2020.

Katy Didden staged reading of poems from her new manuscript, Ore Choir: The Lava on Iceland, as part of the Never Records Project at Brooklyn Academy of Music’s Rudin Family Gallery.

Guilherme D. Garcia‘s paper ‘When lexical statistics and the grammar conflict‘ has recently appeared in Language Volume 95, Number 4, the flagship journal of the Linguistic Society of America. He has recently been invited to give a talk in February at the University of Illinois, Chicago. In February, Garcia will also present his research at the Annual Meeting of the Berkeley Linguistics Society, at the University of California. Finally, he has been invited to give two talks on text analytics using computational methods later this term at Ball State in the Departments of Journalism and Sociology.

Michael Begnal published two poems in the latest issue of Coal City Review, number 43, 2019 (ISSN 10062-5011). Based at the University of Kansas in Lawrence, Coal City Review is a print-only literary journal.

Matthew Hartman presented “Teaching Art in the Humanities to Spark Creativity” with students Nikki Dixon and Kaylee Mullins at the National Collegiate Honors Council in New Orleans on Nov. 9, 2019. 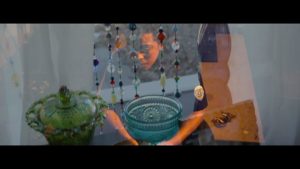 Rani’s short film, The Test, was accepted to the Over the Fence Comedy Film Festival in Perth, Australia.

Rani’s paper, Combatting the Empathy Gap: The Significance of Arts and Media in Developing Empathy has been accepted to the Global Arts International Symposium on Arts, Health, Wellness, and Sustainable Development at Ohio University.

Lyn Jones was also accepted to present at the East Central Writing Center Association (ECWCA) co-presenting with department students regarding their internships at the Indiana Writers Center.  The title of their discussion is #blacklivesmatter & Resistance Writing at the Crossroads of America

Cathy Day has been invited to speak in three different capacities at the 2020 Association of Departments of English (ADE) Summer Seminar North (Chicago, 6-8 July).

In a plenary session titled “Creative Writing: Curriculum and Innovations”

In a pre-seminar workshop on “Reversing the Decline in Undergraduate Enrollments and Majors” with Derek Pacheco of Purdue University.

By leading a discussion group on “Departmental Storytelling: How to Make Your Department More Visible to Prospectives, Alumni, and Donors.” 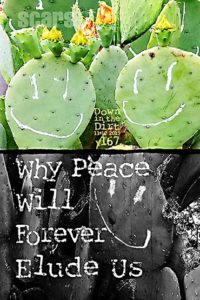 Emily Jo Scalzo’s poems “Last Night I Dreamt I Killed a Man,” “Parched in Fresno, 2010,” and “Why I Haven’t Worn Shorts in 23 Years” were published in volume 167 of Down in the Dirt magazine, titled Why Peace Will Forever Elude Us, in December. The poems were also anthologized in three different anthologies by the publisher: Legacy, Art House, and Burning Bridges. Her haiku-style poem “After Charleston” appears in Emily Rutter et al.’s new book Revisiting the Elegy in the Black Lives Matter Era.

Silas Hansen’s essay, “Of Smells,” was accepted by Southern Indiana Review and will appear in an upcoming issue.

Susanna Benko’s paper “Policy into Practice: Understanding the Nature and Epistemologies of State-Provided Writing Resources in the Era of Common Standards” (co-authored with Emily Hodge and Serena Salloum) has been accepted for an upcoming issue of the Journal of Literacy Research.

Rai Peterson, Debbie Mix, and James Bradley (Book Arts Collaborative)  had their poster featuring a quotation from Moby Dick to commemorate the 200th anniversary of Herman Melville’s birth added to the permanent collection at the Bodleian Library, Oxford.  The call number is Rec. a.54.

George Hickman (MA in CW 2017) has accepted a new job as the Program Coordinator for Johns Hopkins’ Odyssey Program (it’s like their advanced non-degree courses). Connect with him on LinkedIn.

Will Chesher has been selected as the winner of the 2019-2020 Ball State University Excellence in Teaching Award for the masters level. He will be honored at the Annual Graduate School Recognition Ceremony on March 23, 2020.

We hope you accomplish all you set out to do this semester, #bsuenglish. Don’t forget to tell us about it so we can brag about you in next month’s Good News! Send them our way using bsueng@bsu.edu.