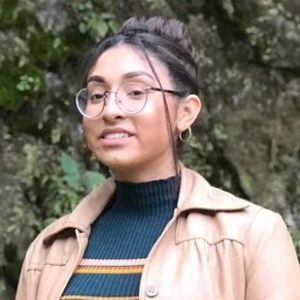 Karen Palencia is a Ball State English Education student. The following is a personal reflection she wrote for an English Ed course with Dr. Benko.

Bachata music blasted from one cracked window of my noisy household. Outside stood a town of local mechanic shops, pan dulce bakeries, cheap convenience stores, and taco stands sizzling their lime-scented carne. It was the Latino way of living that I was used to. My first language was Spanish and it was beautiful, until I forgot how to speak it. It felt like time grew slower when I stopped. I remember the kitchen table being flooded by the stacks of books, and my playtime turned into lecture time. At four years old, I would sit down for two hours a day reading and writing in a foreign language. I was too young to comprehend anything, and was a difficult student to teach. Mi abuela struggled, my sister grew frustrated, and my mother became weary. One night she said to me “English needs to be learned because we live in America and in America, hablamos en inglés.” I didn’t realize that my Salvadoran identity was being stripped. 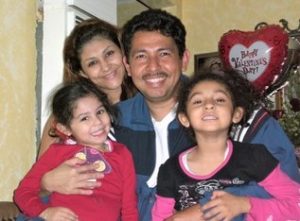 In kindergarten, the setting began to change in the classroom. After the school year was over, my teacher switched the language on the days of the week from Lunes to Monday. I was so puzzled because I only knew the Spanish days of the week. It seemed that what I knew was not supposed to be known. As I said though, I was just a kid. How was I supposed to know the difference between languages? It took me a while to adjust to English.

All I could recall from my primary school days were having to be removed from my classes to read books to a teacher  who evaluated my speech. I remember missing recess, school plays, and lunch because I had to constantly take language exams. I felt mocked  by every kid who got to do what they could and excel in their classes. They were praised by teachers and had constant attention from their parents. The school’s primary focus was to help improve my English, but it took my class time away. I failed my classes with D’s and C’s. I rarely knew, or at least it felt like, I didn’t know my teachers. My parents worked tirelessly because they believed it would give us a better life.

My parents are immigrants (but have since been made legal). They came to this country when they were teenagers. My father began working immediately, and my mother went to school for two years then dropped out. Growing up, performing exceptionally academically was always stressed in my household. My parents value education because it is the gateway to living the American dream. Middle school rolled around and to no surprise, I was placed in the English Language Development (ELD) program. I showed my mom my sixth-grade schedule and she looked at it with disappointment. She said “this is only for kids who don’t speak English, you speak English. Request a schedule change.” That was the first time I realized that all that she had done to teach me wasn’t enough. However, I proceeded with the program. 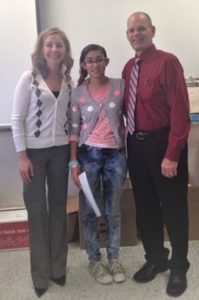 The program was different. The classroom was welcoming. The teacher expressed a love for the course and saw potential in her students. It felt different to be supported at a comfortable pace, instead of being forced into learning something new. I was motivated to do better; to prove to myself and to my mother that I didn’t waste my years attempting to learn this second language. I learned the proper way to read, write, and pronounce advanced vocabulary.  Getting out of ELD became my first goal ever. In seventh-grade I was reclassified. I was reading at a ninth-grade level and received “The Most Improved” medal. It was the climax of my academic journey.

On my senior graduation, I reflected on my academic obstacles and achievements. My English surpassed my Spanish language. I lost a piece of my culture very young. I struggled to learn a second language. I had to work hard to achieve academic recognition and forgot what represented my people. I learned to change the conflict between cultures. I learned that the most influential place in any child’s life is the classroom. It took what consumed my childhood and made it into an opportunity.

I’m here today to become an ELD teacher. I want to teach the children of America who are split between their Latino culture and the American culture. Not a lot of Hispanics are in the English field of education. I wasn’t taught how to keep speaking both Spanish and English. I want my students to be able to relate to me and provide the comfort they need in order to excel. I do this because there are kids out there who need the guidance of teachers who understand them, who put their needs first and teach them the importance of obtaining knowledge that will be applied not only during the semester, but in their future as well.

For more stories about what it means to become an English teacher at Ball State, read our posts by Lauren Alvarez, Sarah Bredar and Laurinda Webb.