This interview took place in 2014, three years after Ford left Ball State and moved to New York to work at BuzzFeed. Since then, Ford has written for Refinery29, presented the 2018 winter commencement speech during her own graduation, interviewed Serena Williams, and lots of other things. Her bio just keeps expanding! 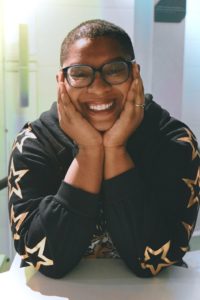 Her work has appeared in Indianapolis Monthly, PANK, The Rumpus, and elsewhere.

After leaving Ball State in 2011, she worked for a few years in Indianapolis at Pivot Marketing before landing her new job at BuzzFeed in New York City.

So, how did she turn her English major into a dream job?

We asked her exactly that question–and a few others.

How did your English major lead to a job in marketing at Pivot Marketing?

In a few different ways, actually. One way is that a fellow English major was already working there. My friend Christopher Newgent knew I was looking for a new job, so he offered to hand my resume to his boss for a position they wanted to create for the company.

The other way is that Pivot happens to be one of those dream companies that will hire you based on your sense of artistic passion along with the skills you have. The president liked my creative writing, could tell I was passionate about words, and she hired me based off that. Well, and also because I could do all the other things that needed done, but she really enjoyed my essays. 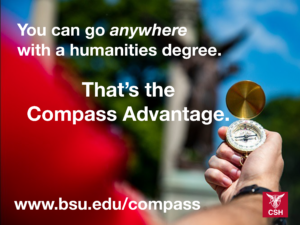 What skills did you learn as an English major that helped you transition into a job in marketing?

People don’t realize how valuable it is to be someone who can write a good sentence. Part of my job was copyediting, and it wasn’t just catching spelling mistakes, I would also edit for style. To be fair, the copywriters in our office were top-notch and rarely needed much help from me.

I also helped run a blog series where I interviewed nonprofit leaders in Indianapolis. Because of my English background, and learning how to write for an audience, I was able to ask the interviewees questions that got to the heart of their work. Afterward, I was able to take their answers to those questions, along with some background research, and build a profile about them.

Marketing is all about telling your client’s story. It makes sense to hire good storytellers. My boss was smart enough to know that.

While you were at Pivot Marketing, how did you find time to write outside of work? How did you maintain a balance between working and writing?

As much as I loved Pivot, I was always keenly aware that I wanted something different for my life. Granted, I’m not the only person in the world who thinks they want to write full-time, but I didn’t see that as a good reason not to try.

A few months before I started at Pivot, I’d been unemployed for about six weeks. During that month, I made a list of all the publications I wanted to write for, and made it my business to find out who I would contact to pitch them. By the time most of the editors got back to me, I was already working for Pivot.

After work, I would go home and write these essays for different places. It was what I wanted to do. It was important me. It didn’t feel like I was making any sacrifices; in fact, it was how I learned to start saying “No.” Because I wanted to write, and I wanted to be home doing that. If someone invited me out, and I was on deadline, I wouldn’t worry about hurting their feelings. I would just say, “No, I have work to do.”

The hardest part of being a writer is that so many people think you’re not doing anything. If you say, “I’m writing”, they hear, “Oh, I was just passing the time until you needed something from me.”  I had to assert myself. Writing time was my time. It was like having a second job. I demanded my friends and family respect that time.

It certainly helped that I worked for someone who believed in my writing and wanted to help me take advantage of every opportunity to see my dream come to fruition. In that way, I got very very lucky. 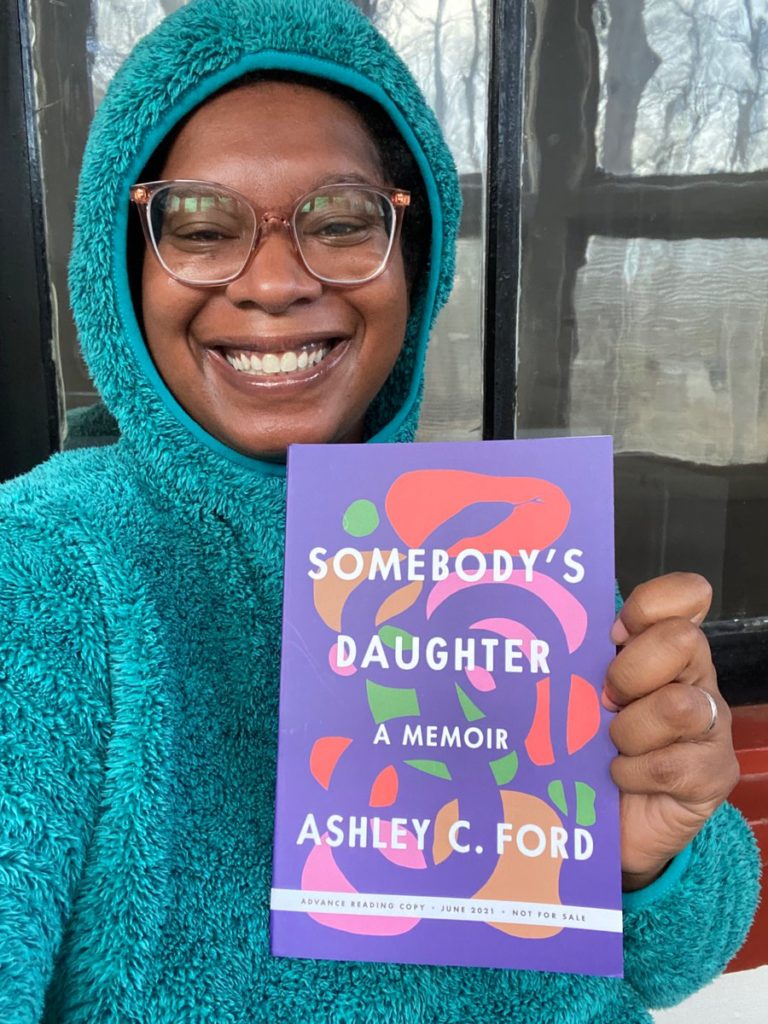 Ashley started writing her first book, Somebody’s Daughter, while still a student at Ball State. The memoir was published in June 2021.

How did you land the job at Buzzfeed, and what will be your primary responsibilities?

I wrote a few freelance articles for BuzzFeed back when I worked at Pivot. My friend, Isaac Fitzgerald, reached out to me early on when he was beginning his turn as editor of BuzzFeed Books. I went on to write for BuzzFeed LGBT editor, Saeed Jones, as well.

I applied for a completely different job with BuzzFeed and didn’t get the position. I wasn’t too heartbroken over it. I saw that position as a way to get my foot in the door and eventually become a staff writer with the company. Fortunately, they saw right through that and ended up offering me a staff writing position.

So, I write 2-3 things a week for the site, focusing on LGBT culture, books, feminism, and sometimes even music. There’s a lot of room to explore your interests here.

Do you have any advice for English majors who are nearing graduation and looking for jobs?