We were really busy over the summer, writing and researching and submitting and job hunting. So we’ve got a lot of good news to share this month!

Prof. Brent M. Blackwell attended three conferences this year (The Benjamin v. Cohen Peace Conference at Ball State and the Mid-East Honors Association at Central Michigan), the third of which will be the National Collegiate Honors Council Annual Meeting in Boston, MA in November, where he will chair a roundtable discussion on incorporating STEM issues in honors humanities courses. 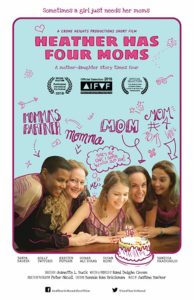 Prof. Cathy Day will be presenting on two panels at the 2019 Association of Writers & Writing Programs (AWP) Conference in Portland, OR:“Teaching the Impossible: Teaching Novel Writing to Undergraduates,” and “PR for CW: Responding to Enrollment Challenges in Grad and Undergrad Programs.” AWP reports that 556 panel proposals were accepted out of 1710 submitted, an acceptance rate of 32%.

Prof. Kathryn S. Gardiner’s screenplay, “The Art of Yielding,” has advanced to the semi-finals of the Nicholl Fellowships in Screenwriting, the scriptwriting contest coordinated by the Academy of Motion Picture Arts and Sciences. Semifinalists represent the top 150 scripts of the over 8,000 submissions the Nicholl Fellowships receive each year. 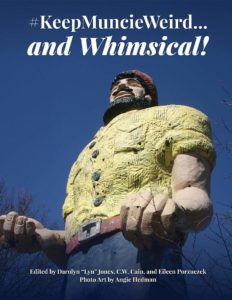 Prof. Deborah Mix’s essay “Culture and Violence in Dutchman and the Black Arts Movement” appeared in Approaches to Teaching Baraka’s Dutchman, published by the MLA in July.

Prof. Mark Neely has poems appearing in summer and fall issues of Gulf Coast, Slice Magazine, FIELD, and Cream City Review, and will be presenting on a panel (“Anxiety, Envy, and Other Deadly Sins”) at the AWP conference in Portland, OR, this spring. 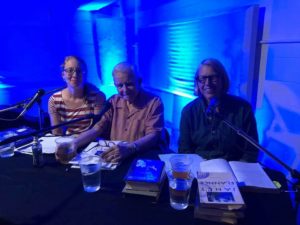 Prof. Rai Peterson was Dan Wakefield’s featured guest on his new podcast, recorded on Thursday, August 30. Their subject was Indianapolis’ own, Janet Flanner (1892-1978), novelist and journalist who wrote the “Letter from Paris” column for New Yorker magazine from 1925-1975 as well as profiles of many famous artists and notorious political and military leaders. She’ll also be the “prisoner” locked in the front window of the Kurt Vonnegut Memorial Library from September 24-29 to commemorate Banned Books Week. Prof. Peterson is the first female author to be so “detained.” She invites you to stop by the library to chat that week; prisoners love visitors!  The theme for the event is “Lonesome No More,” the subtitle of Vonnegut’s novel Slapstick, and programming will focus on mental health issues. The KVML has extensive programing surrounding this event, which is available on their website. 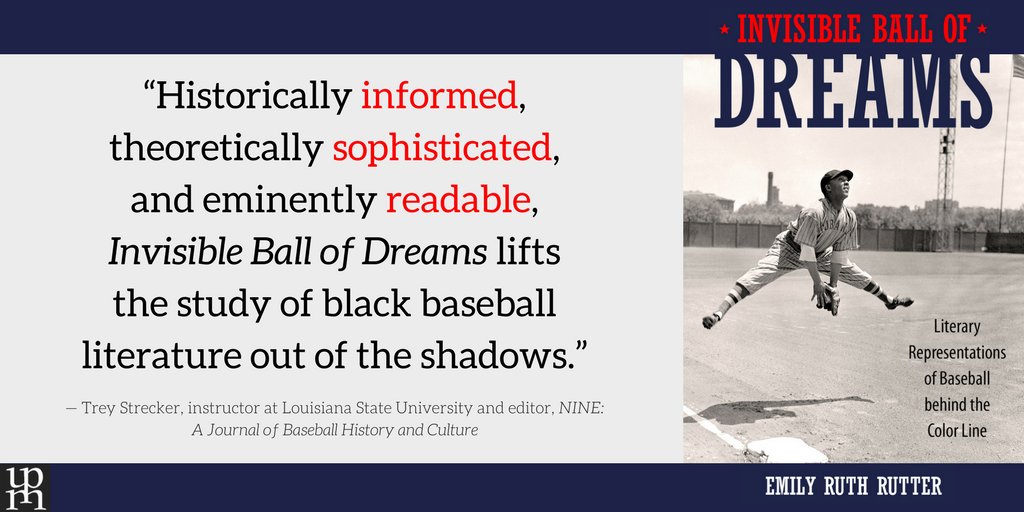 Prof. Emily Jo Scalzo’s book review for Gallery: A Collection of Pictures and Words by Howard Richard Debs, was published in Indiana Voice Journal in July.

Prof. Andrea Wolfe’s article “The Narrative Power of the Black Maternal Body: Resisting and Exceeding Visual Economies of Discipline in Margaret Walker’s Jubilee” will be published in an upcoming issue of Interdisciplinary Literary Studies: A Journal of Criticism and Theory.

Audrey Bowers, a senior CW major, recently launched Brave Voices Magazine, a new quarterly literary and arts magazine that focuses on publishing poems, short stories, essays, and artwork related to the human experience. The Fall issue is expected to be released in early October. She is also beginning roles as a contributing writer for: StudyBreaks magazine, Slutmouth Magazine, and Sarah Scoop, as well as a remote social media intern for Escape The Classroom. Feel free to connect with her on LinkedIn.

Celebrations for Ball State’s 100th year began in April 2018. To mark the occasion, the university awarded 18 students of all different departments, majors, and backgrounds with full in-state tuition for their senior year of undergraduate study. Senior, Rachel Haywood (CW/Professional Writing), received and happily accepted one of the four Centennial Scholarships given to students in the College of Sciences and Humanities. She will continue to celebrate Ball State’s 100th birthday with other Centennial Scholars, faculty, and staff through various events and activities. September 6th 2018 marks the start of that celebration.

Creative Writing major and Professional Writing & Emerging Media minor, Eileen Porzuczek, worked as a Corporate/Non-Profit PR Intern with Bohlsen Group, an Independent PR Agency and the first B-Corp Certified Company in Indiana. While working with them she served as a client liaison, researcher and ran social media accounts. Projects she assisted with included:

In addition to her work with the Bohlsen group, Eileen also worked her second summer as an intern for the nonprofit, Indiana Writers Center, co-teaching Spoken Word and running all of the social media platforms for the summer youth Building a Rainbow public memoir program.

Nick Smith, a senior secondary English education major, received the Excellence in Summer Service Award (ESSEA) Scholarship from the Indianapolis McCoy Youth Foundation and the Summer Youth Program Fund (SYPF) for his exemplary work as an intern with the Indiana Writers Center teaching creative narrative nonfiction and poetry to students, ages 6-16 who are part of the Center’s summer youth public memoir program.  He was nominated by former Indiana poet Laureate Shari Wagner and Education Outreach Director, Dr. Darolyn “Lyn” Jones. Nick is the fourth Ball State student in the English department to win this esteemed scholarship.

Shelley Spilman (MA TESOL & Linguistics) and Ben Bishop (MA TESOL & Linguistics) received the Aspire student travel award to present at the Second Language Research Forum, in Montreal, Canada, in October, 2018. They are working on a project on compound-words with Prof. Hamada. Their project investigates questions such as, how do we interpret a word like, “avocado injury”?

Natali Cavanagh (B.A. in CW, 2018) has been offered a full-time position as the marketing assistant at Little, Brown for Young Readers in New York, NY. She landed a summer internship there and was featured in the Ball State Daily News.

Lauren Cross (BA in CW, 2017) has just begun her studies at the M.F.A. Program at the University of South Florida.

Sarah James (BA in CW and Telecommunications, 2018) has been offered a full-time position at Ohio Northern University as the Multimedia Specialist and Social Media Manager for the Office of Communications and Marketing.

Levi Todd (BA in English Studies, 2017) has entered a year of service through the Lutheran Volunteer Corps. He is serving as a Prevention Educator through Between Friends, an anti-domestic violence organization serving the Chicagoland area. With the education and prevention team, Levi will develop and teach curricula for middle and high school classrooms to discuss healthy relationships and the root causes of violence. 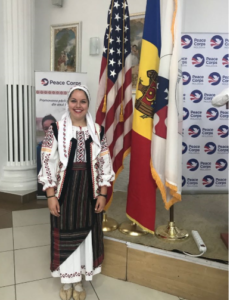 Angela Tomasello (MA Linguistics, 2018) is currently teaching 5th-12th grade English in Moldova as a Peace Corps English teaching assistant. She is living with a host family that speaks only Russian and Romanian. Angela says, “Moldovans use Russian and Romanian so interchangeably that sometimes I don’t know what language I am using! The locals like to say that they speak “Moldovenesc.” They are very proud of their language but also see the necessity for English.” If anyone is interested in learning about what Angela does, feel free to contact
angelatomasello11@gmail.com.

Hannah Partridge (BA in CW and French, 2018) has accepted a full-time position as a Content Specialist at Dealer Inspire. In this role, Hannah conducts research and uses SEO best practices to write and edit web content for automotive dealerships across the U.S.

Kayla Veal (BA in English Education, 2018) has accepted a position as a full time position in the Aldine Independent School District in Houston, Texas. She will be an 8th grade English teacher with beginner and intermediate English Learners.

Cecelia Westbrook (BA in CW and German, 2018) began her training to become an Executive Regional Manager for Credence Innovations late last month. Credence Innovations focuses on product marketing and direct sales in Fortune 500 companies such as Sam’s Club, Costco, and Meijer, with Target on the waiting list.