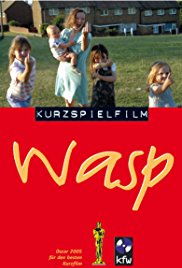 One of my favorite short films is the Oscar winning 2003 short, Wasp, by British director, Andrea Arnold.

Grounded in the style of British Social Realism, Wasp shows a young struggling mother with four young kids. With every bad decision she makes, she is trying to be a good mom.

Her 2016 film, American Honey, won the jury prize at Cannes.

[Both American Honey and Fish Tank are available at Bracken Library, by the way!]

Recently, she has been directing for television including episodes of I Love Dick, Transparent, and the full second season of Big Little Lies.