I really love this 2011 short film, Gowanus 83. At eleven minutes, it is a great example of using genre in short film. It uses the tropes and genre conventions of a gangster film while making them fresh through comedy and specificity of character, plot, and world. 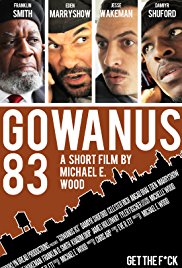 I admire the dialogue in this film. Reminiscent of Tarantino’s writing, it plays with genre expectations and comically subverts character stereotypes. Through comedic dialogue, the film creates the tension of the plot and reveals necessary backstory.

Lastly, Gowanus 83 utilizes the specificity of its world. By setting it in this neighborhood in Brooklyn, it allows the possibility of the interactions of all of these characters and invites the kind of chance and coincidence that can only happen in a city like New York.