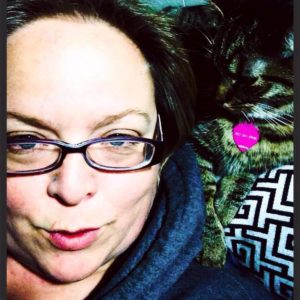 At the beginning of February, the Ball State Creative Writing program will host a reading focused on two of our talented faculty members: Rani Deighe Crowe and Kathryn S. Gardiner. Aside from featuring their poetry and screenplays, the event will also screen several of Professor Crowe’s short films.

The reading will be at 8 p.m. Wednesday, February 7, in Room 225 Arts and Journalism Building (AJ). It is free and open to the public—so bring your friends and family and come support your amazing creative writing faculty!

As a starving artist, Rani has lived in New York, Chicago, London, and Washington, DC. She has managed a bookstore, managed a restaurant, built theater sets, worked the spotlight at a nightclub, taught preschool, been a substitute teacher, been a live-in nanny, acted as a simulated patient training doctors, and much more. In her spare time she enjoys making jewelry and kayaking, and she is currently teaching herself to sew. 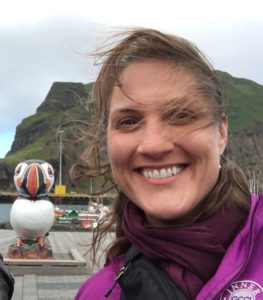 Kathryn S. Gardiner received her bachelor’s degree in Telecommunications from Ball State University and her master’s degree in Screenwriting from Hollins University in Roanoke, Va. As editor of special products for the Hoosier Times in Bloomington, In. from 2007 to 2015, Kathryn spearheaded The South-Central Indiana Wedding Guide, H&L, INstride, BizNet, and Adventure Indiana. The latter publication let her try out roller derby, spelunking, gymnastics, contemporary dance, and a GORUCK Challenge.

She spent more than three years as an amateur mixed martial arts fighter, “retiring” in 2011 with a record of 2-2 (or 3-2, if you count her Muay Thai bout in Las Vegas, which she likes to). She has a deep love of The Lord of the Rings, Captain America, Star Wars, and Star Trek, as well as Abraham Lincoln, Shakespeare, and Jane Austen. She currently teaches screenwriting at Ball State and lives with a marvelous tabby cat named Cairo.