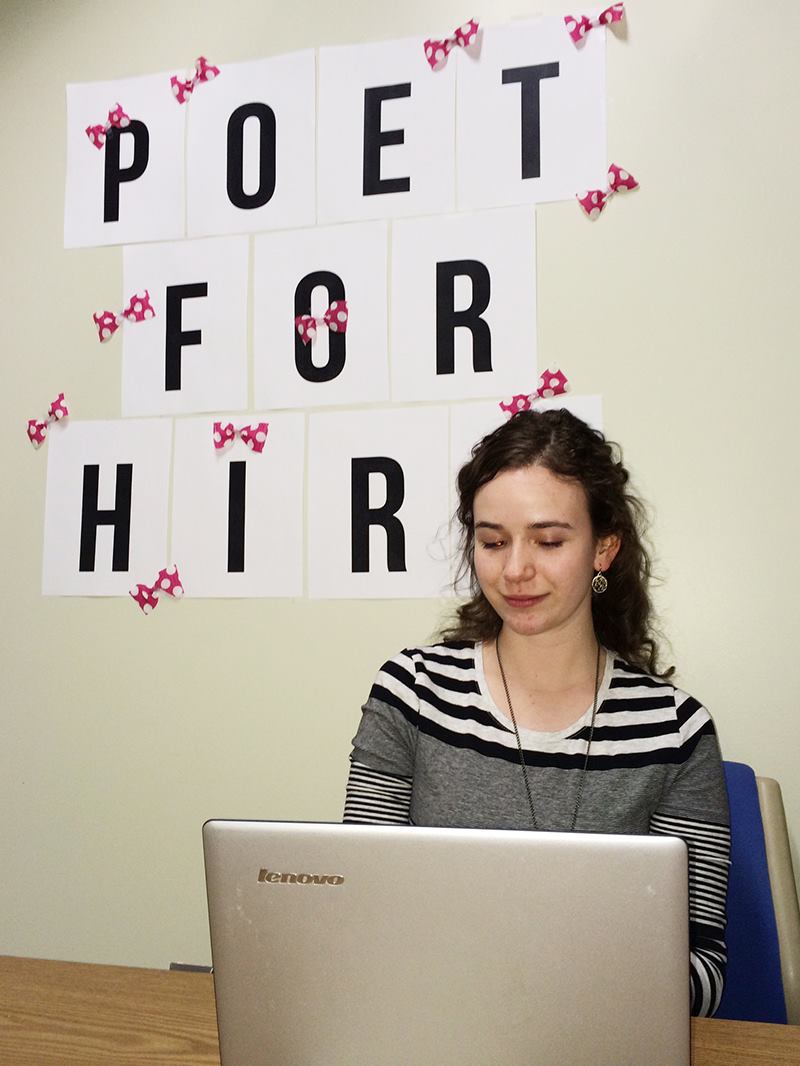 In the latest installment of the “Good News” series, BSU English highlights the accomplishments of faculty and students through the month of February.

The Writing Center hosted a two-day fundraiser, “Poets for Hire,” to benefit the Second Harvest Food Bank in Muncie. On February 12 and 13, Ball State students and faculty wrote approximately 75 personalized love poems and took donations as payment. The event raised approximately $230 and two big boxes of food. It was also covered on Indiana Public Radio.

David DiSarro (PhD in Rhetoric and Composition) published his poetry chapbook, “I Used to Play in Bands,” at Finishing Line Press. The title poem was first published in Hawaii Pacific Review, and you can read it here. He’s currently an Assistant Professor of English and the Director of the Writing Center at Endicott College in Beverly, MA. David’s creative work has previously appeared in The Ibbetson Street Magazine, The Orange Room Review, Breadcrumb Scabs, Third Wednesday, among others.

Isabel Vasquez, a junior double major in Spanish and English studies, recently published her reflective essay, “Alive,” in Ivy Tech’s mê tis Volume VII . She also published “The Necessity” in The Mochila Review, a journal from Missouri Western State University, which you can read here.

Do you have any good news? Let us know so we can put it in our alumni newsletter!

Melissa Hull (Secretary to the Director of the Writing Program) who publishes poetry as “M. Ann Hull” has published quite a few poems since July.  (You know you have a great department when even the staff is producing such quality work!)

Sarah Hollowell, a senior creative writing major, was interviewed by the Ball State Daily News regarding fat positivity. Sarah recently published her essay, “This is an Essay about a Fat Woman being Loved and Getting Laid,” in The Toast, and it has been shared over 6,000 times through various social media outlets.

Alysha Hoffa’s (B.A. creative writing, 2013) essay, “Colorless Life: An Essay in Grayscale,” was named a Notable Essay in Best American Essays 2014. It was originally published in Southern Indiana Review. Alysha is currently in the MFA program at Fresno State.

Rebecca McNair, a senior creative writing major, was featured in the Ball State Daily News. She’s launching a feminist literary magazine, Andromeda Speaks, a project that was born in her Literary Publishing and Editing course with Professor Silas Hansen. You can contribute to the launch on Kickstarter.

Brett Hiatt (B.S. teaching English language arts) has been teaching in China for a year, and now he’s now the lead teacher. You can read about his experiences here. 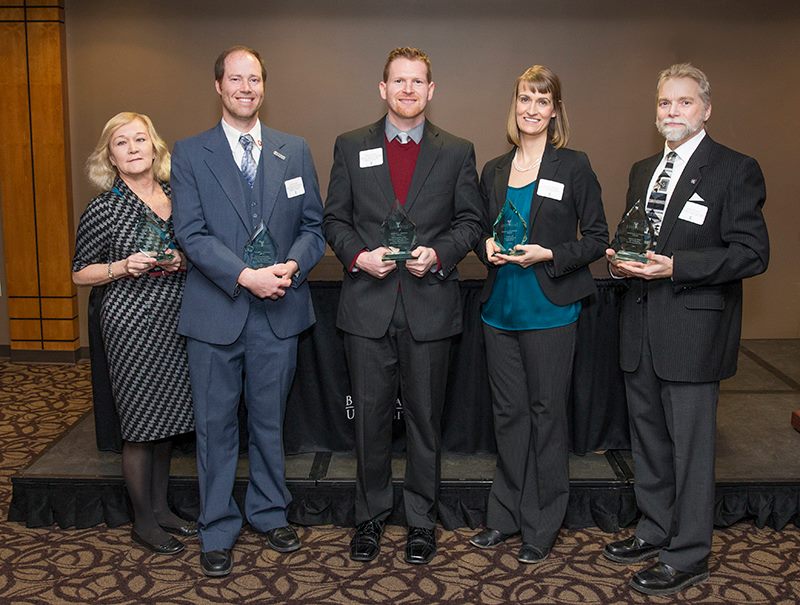 Andrea Powell Wolfe (assistant professor of English) recently won a 2015 Immersive Learning Award for her seminar at the Virginia B. Ball Center for Creative Inquiry in 2013. Wolfe led an interdisciplinary team of 14 students in creating a 35-minute documentary, “Down to Earth: Small Farm Issues in a Big Farm World.”

The film follows a local food producer/veterinarian through a week of life on the farm, at the farmer’s market, and on veterinary calls. It aired on WIPB-TV and was screened at film festivals in South Bend and Indianapolis. Community partners included Becker Farms in Mooreland, Indiana, and Muncie’s Living Lightly Fair. You can learn more about Down to Earth here.

Angela Jackson Brown (assistant professor of English) will be co-teaching a session on African-American literature with Hedi Podlasli-Labrenz on February 24th. The session will take place at Ökumenisches Gymnasium zu Bremen in Germany. Hedi’s students will be reading Professor Brown’s novel, Drinking from a Bitter Cup, so Brown will also guest lecture there over the summer.

Molly Ferguson (assistant professor of English) received a Start-Up Program award from the Sponsored Projects Administration. She will use her grant money to travel to cities such as Dublin, Cork, Galway, and Belfast to study Irish plays as expressions of shared traumas.

Every year, Ball State’s Graduate School identifies grad students who have exceeded expectations in their respective programs. Since so many students will receive awards this year, we’re going to devote an entire blog post to recognizing them. Stay tuned for next month’s edition of Good News!