The passionate leaders of Political Science 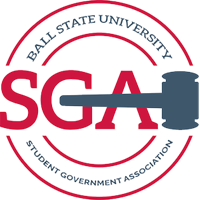 If you walk into a Wednesday-afternoon Student Government Association meeting, you’ll find a host of passionate student leaders who work hard to represent and amplify the voices of the Ball State student body. Among these future professionals and public leaders are several Department of Political Science students, using their classroom knowledge and experiences to influence change on campus. Beyond the impact they’ll make at Ball State, these students are utilizing their academic and extracurricular experiences in tandem to prepare for a lifetime of success and public service.

“The Political Science department has equipped me with the ability to be an efficient and productive leader that truly listens to all perspectives and makes a decision that is beneficial to all,” said Student Senator Desmond Reynolds. 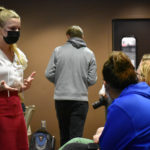 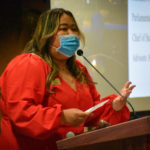 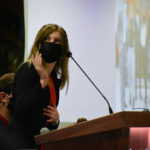 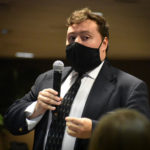 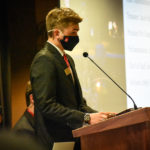 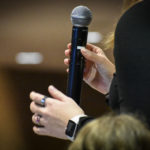 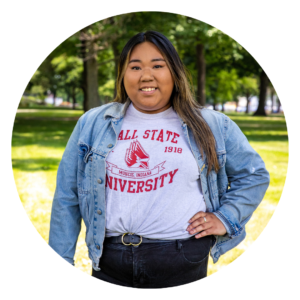 Junior Tina Nguyen has been in SGA for most of her time at Ball State, and currently serves as the Student Body President. According to her, being a student in the Political Science department has equipped her to serve in this role

In her political science classes, she has learned how to be an effective and tactful decision-maker, and how to make up for mistakes when they’re made. Additionally, just as most successful leaders know how to do, she has learned how to navigate the “gray areas of decision-making” and think outside of the box in order to achieve the best outcomes.

“I made a promise to myself before I even stepped onto BSU’s campus that I will make an impact in everything that I do. Joining SGA as an At-Large Senator gave me a platform to represent the student voice and help make Ball State even better,” said Nguyen.

Nguyen embodies dedication to promoting progress in student experiences, which motivated her to become a leader of the student body. “I get to make bigger impacts and strides due to having a bigger voice and more access to the administrators and people who can initiate the positive change that Ball State needs,” she said.

In her career after college, Nguyen dreams of becoming an appointed appellate or circuit court judge. She believe that by being in both the Political Science department and SGA, she’s discovered the importance of making ethical choices that will impact other people and the immense responsibility she has a public servant in training. 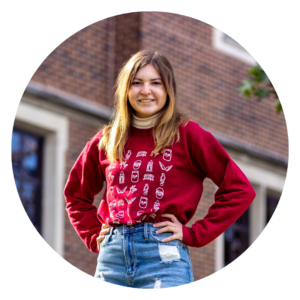 Lindstrand began as a political science student out of her passion for addressing social issues, and joined SGA “to make a difference on campus and represent the wants and needs of the students.” During her time in SGA, she has enacted several initiatives to address environmental issues on campus, which she says are often overlooked at the collegiate level. “We have planned climate rallies and tabled at various events to discuss sustainability, and I believe this has helped get the conversation started in different areas on campus,” said Lindstrand.

According to her, being a political science major has played a key role in preparing her to lead at BSU and beyond. “I have learned how different levels of government function and the importance of civic engagement within your community,” she said. “This has allowed me to understand how SGA is modeled after a real government system and the importance of being involved in a governing body, as it gives me a platform to improve our campus for the better.”

Upon graduation, Lindstrand plans to further her studies by either going to law school or earning a Master’s in Public Policy. She hopes to work as a campaign manager and someday become a representative in either the US House or Senate.

Lindstrand says that her political science classes and SGA experiences are both providing her hands-on experience in government, writing legislation, pursuing projects, and working with others. “Since I want to help candidates run for office, as well as potentially run for office myself, taking courses in political science will help me understand how to approach policy issues and how actual governing works,” she said. 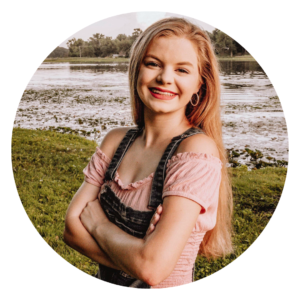 After competing in speech and debate in high school, freshman Brenna Large fell in love with politics and its impact on the world. For her, becoming a political science student was a natural decision.

Large works hard to genuinely represent the student body and help meet the needs of her constituents. When she started at Ball State this fall, she jumped in with both feet and joined SGA to “get involved in leadership early.” She currently serves as the At-Large Caucus Chair and serves on two committees: the Student Services Committee and the Rules & Constitution Committee.

When running to become a Senator, Large chose to go after a seat in the At-Large Caucus, which represents the entire student body, as it would allow her to serve the most students. “I am very passionate about disability access and universal accessibility,” said Large. “Because I have a hidden disability myself, I really want to make sure that all students on campus feel welcome, no matter who they are and what background they have.”

Setting personal desires aside, Larges strives to advocate for what the students want, whatever that may be. “I represent all students on campus and want to make sure the changes they are passionate about have a chance to come to fruition,” she said. Large feels that the Political Science department prepares her to serve in SGA because the organization also looks closely at true politics, “just not in your traditional Democrats vs. Republicans kind of way,” she said.

“Political Science talks about why people make decisions and how it affects the world around them. This is very useful in student government because it allows you to understand how your actions affect others, as well as why other members of student government make the choices that they do,” said Large.

Someday, she hopes to work in a museum or at a historical site, either as a tour guide or historian. In her ideal scenario, she would love to interact with people on a regular basis. Through her combined experiences in SGA and as a Political Science student, she feels she’s on the path to preparing for her dream job, always getting opportunities to think critically, further develop her speaking abilities, and work with a variety of individuals. 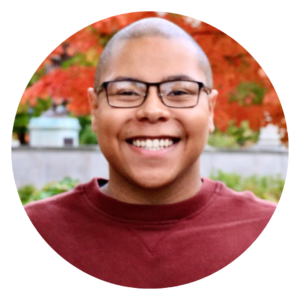 Desmond Reynolds was initially drawn to political science by his interest in learning about United States government and its issues within. Now, he says that the knowledge he’s gained in the department has empowered him in a multitude of ways.

As SGA’s Off-Campus Caucus Whip and Diversity and Multicultural Whip, Reynolds has zeroed in on two main changes that he aims to make on campus. He first hopes to promote diversity and inclusion on campus by ensuring that all voices are heard and needs are being met, and secondly, he is working to  ensure that off-campus students have the same accessibility as those on-campus.

“By being a student in the Department of Political Science, I believe that I have been impacted by a new and greater understanding of myself politically, those around me, and just how important it is to be well-versed with current politics today,” said Reynolds. “Political Science has taught me to think critically often, and ensure that I make a decision that is equitable and efficient.”

After college, he hopes to become involved in state-level politics, and dreams of becoming either the Governor of Indiana or a U.S. Senator for Indiana. He believes that the overlap of his classroom knowledge and hands-on practice in SGA is equipping him to achieve these goals.

“In tandem, they both are providing myself with professional skills that I can take anywhere. SGA provides me with the ability to practice and use Robert’s Rules all the while conversing in a manner that is professional and effective. Political Science prepares me for basic knowledge to use in all types of situations, and [teaches me] to think like a political scientist,” he said.

The College of Sciences and Humanities Political Sciences department serves an incubator for future leaders in politics and law, and their skills and classroom knowledge are already benefitting Ball State’s student population. With their focus on critical thinking, depth of political understanding and service of the greater good, we are eager to see how they shape the future of Indiana and the nation.