Outstanding Creative Endeavor of the Year

Chris Flook may be in the Telecommunications Department at Ball State University, but he also has a love of history. Because of those two passions paired with immersive learning, he’s been named the 2017 Creative Endeavor Award Winner. “As a faculty member, the university has consistently given me really great opportunities,” said Flook.
Flook’s title is lecturer and he is under contract but his former department chair said he never let titles stand in his way.
“The moment he walked in the door, he started acting more like a tenure track person. He wanted to do a lot of creative projects. He started getting involved with conferences and panel presentations. He has certainly, over the years, been heavily involved in terms of creating content and helping promote the department, not only across the university but to external audiences,” said Tim Pollard, associate professor of telecommunications.

Some of those projects were the Ball Brothers Foundation Video Series, the Primacy of Place Series and the recent Indiana Bicentennial Torch Relay.  Graduate student Micah Holtgraves worked with Flook on the Centennial project. Part of an immersive learning course, students took 15 credits and spent the entire semester on the project, shooting video, taking photos and staffing the website.
“Working on those projects with Flook was very rewarding and the experience was just incomparable to the traditional classroom setting,” Holtgraves said.
Flook said, “That’s why I teach – the whole idea of taking someone that has the ambition, the intelligence or usually both, and then helping them, guiding them on a path, so that they become better than what they want to do. And so, a lot of what we do is technical in nature. It’s fascinating and it’s interesting to watch the students go from being not so good behind the camera, or not so good with audio, to being really excellent storytellers from the technical standpoint.” 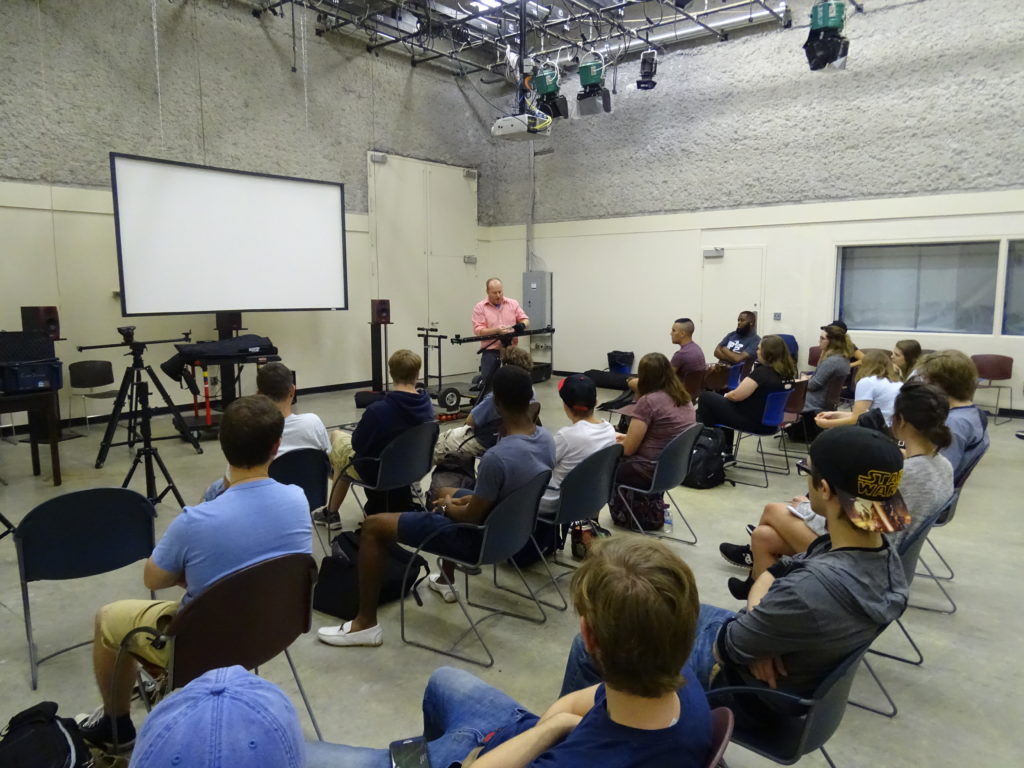 Flook has an ambitious year ahead of him as he and Pollard, who nominated him for this award, will work on the university’s 100th anniversary in 2018. They received a grant from the president’s office to work on a documentary.
“So we have a list of 20 people we’re going to interview. One of them is hopefully David Letterman. We’re going to make a request of him to sit for an interview. And then the archives at the library have been fantastic. They’ve provided us hundreds of photos going back a hundred years,” said Flook.

After the work Flook and his students did on the Torch Relay this year, it comes as no surprise to many that he’s this year’s Creative Endeavor Award winner.
“I think Flook was definitely a good choice for the recipient of the Creative Endeavor Award. He’s done an immense amount of work, for not only Ball State, but the community and Indiana as a whole,” said Holtgraves.
“I just appreciate the fact that his body of work led to him being picked this particular year because I think if you look at the sum total of what he’s done, it really shows what TCOM and Ball State University can do with a project and with something that has meaning and has value,” said Pollard.
Flook said, “I identify myself as a teacher. It’s nice to hear some of that stuff. I think of myself as a good teacher. Honestly, these projects are successful because of the quality of our students.”