“Imagine this example scenario: A train carrying hazardous chemicals derails near downtown and releases its contents. How does a response team protect the local population from exposure? How do they mobilize to effectively detect, contain, and clean up the material? How do they decontaminate citizens in a timely manner?”  – Department of Environment, Geology, and Natural Resources

Equipped for the unexpected

In the Department of Environment, Geology, and Natural Resources, Ball State students have the unique opportunity to study Emergency Management and Homeland Security, a program also known as “EMHS.” The 24-credit hour minor and Graduate Certificate programs equip students with skills and practices of emergency planning and management associated with homeland security issues.

In studying these topics, students look closely at critical issues such as “natural disasters; chemical, biological, explosive, and radiological incidents; and acts of terrorism,” according to Dr. John Pichtel. “Our program provides a practical approach to the emergency management issues of preparedness, response, recovery, and mitigation of natural and human-caused disasters.” 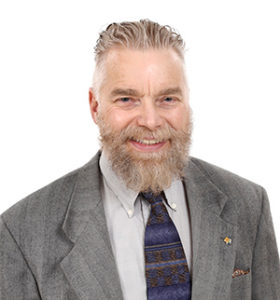 Dr. John Pichtel, a Professor of Natural Resources and Environmental Management, helped to create the program in 2004, and served as the EMHS director since then. Each semester, he teaches several courses within the minor alongside two other fellow faculty members.

Prior to 9/11, his background in management of hazardous materials is where he focused the majority of his energy. Following the terrorist attacks, several faculty across Ball State, primarily from CSH, created the EMHS program, and due to his specialty background, Dr. Pichtel was asked to teach certain new courses.

For over a decade, he has been involved in chemical warfare agents management training across the nation and brings this expertise to students in the classroom.

“The EMHS program is highly practical – its content applies to the average citizen, in addition to police, firefighters, EMS personnel and homeland security experts,” said Dr. Pichtel. Students in the program learn about numerous potential threats and develop a multifaceted, hands-on skillset to prevent and combat such issues.

“In order to keep Americans safe, comprehensive programs and systems must be in place to mitigate potential hazards (such as flooding) or to prevent attacks, respond appropriately to disasters (by saving lives and minimizing damage) while preventing resources from being overwhelmed, and recover from the effects of hazards. The EMHS program strives to address all of the above,” said Dr. Pichtel.

According to Dr. Pichtel, there are a variety of career avenues that exist for EMHS graduates, including emergency planning and management, forensic sciences, hazardous materials management, and law enforcement specializations, in both the public and the private sectors. Some employers of Ball State EMHS graduates include the FBI, the CIA (some with Top Secret Clearance), Customs and Border Protection, and many other agencies. 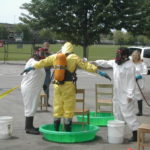 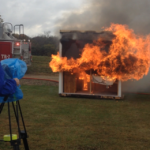 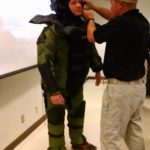 The skillset to serve 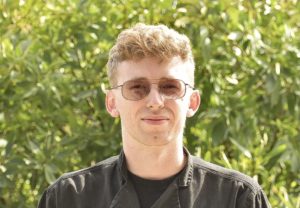 For Environmental Management major Kevin Misbach, great risk comes with great reward. To complement his major, Misbach is minoring in EMHS and Geographic Information Science (GIS), a program in the Department of Geography and Meteorology.

“This field is do-or-die and that is a huge influence on my motivation. My favorite aspect is the hands-on training. Many of the tools we practice with are used by firefighters and police today. This practice is more rewarding than simply writing a paper or taking a test,” said Misbach.

To him, the EMHS program is a standout option for career preparation. While he identifies critical thinking and team building as valuable skills learned in the minor, he believes that the program’s cornerstone is the OSHA (Occupational Safety and Health Administration) 40-hour HAZWOPER training. Upon completion, the training grants students an OSHA certificate that permits entrance to real-world hazardous worksites. 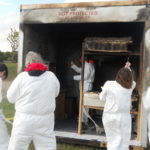 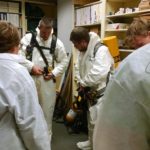 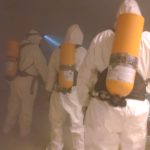 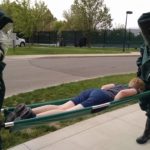 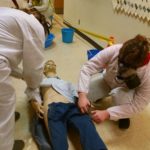 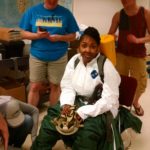 “The costs of emergency situations reach all dimensions of human life and are unfortunately increasing. Homes are destroyed, lives are lost, and communities suffer,” said Misbach. “Having the EMHS toolkit puts you out front as someone who can lead the rescue efforts and steward the recovery process. Being able to prepare, organize, mobilize, and execute effectively is the key to mitigating the toll disasters extract.”

To prevent and protect 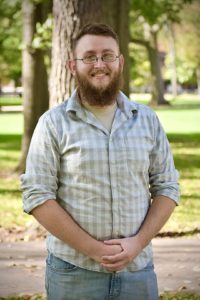 Mason Ellis, a senior studying Environmental Management, is focusing on EMHS as a specialization while earning his degree, taking a few classes within the program. Having previously served in the United States Army for nine years, he was drawn to the program because he felt that it “overlapped with many parts of [his] previous federal service.”

As part of building a wide array of hands-on skills, he celebrates that students also have the ability to earn their OSHA certification, which likely improves their employability for many jobs in Natural Resources and Environmental Management (NREM) and EMHS upon graduation. Ellis believes that EMHS students “gain a leg up” as they develop real-world skills, learn about “signs to look for” in certain operations, and become equipped to serve their communities.

“I believe EMHS can teach students how to understand response and mitigation of many hazards,” said Ellis. “This can greatly improve their ability to serve the communities by assisting organizations in creating safe operational environment.”

However, in contrast to many other academic programs, Ellis says that EMHS students hope they never need to use their response skills in real-world situations. Instead, he and his peers strive to prevent major issues before they occur, working to protect communities in the process.

“…we hope to never need to use the information in this course. The world isn’t always a safe place and EMHS teaches students not only how to respond to the bad, but to learn from history and find ways to mitigate those threats from occurring again,” said Ellis. 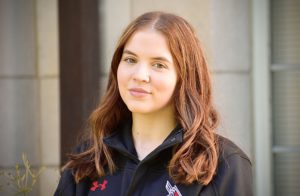 After graduating with a Bachelor’s degree and EMHS minor in Spring 2021, Olivia Clark began the EMHS Graduate Certificate program this fall.

After discovering EMHS as an undergraduate student, she was drawn to the program by her interest in the disaster response process. Whether disasters are caused naturally or by human action,  Clark had a strong desire to become equipped to help people in these dangerous situations.

Like many other students in the program, Clark was attracted to the possibility of numerous career paths when studying EMHS, which is described as complementary to majors like Chemistry, Biology, Criminal Justice, Political Science and more. As a Criminal Justice major, the EMHS minor and Graduate Certificate program are perfect additions to Clark’s existing interests and studies.

“This minor will teach students, in a controlled environment, what to expect in real life,” said Clark.“Some things, especially in careers like this, just cannot be taught and need to be experienced for one to learn. I was fortunate enough to experience that.”

In light of ongoing complications caused by the COVID-19 pandemic, she believes that the lasting importance and relevance of the EMHS field has been further revealed. To be prepared for times like these, and for countless other possible situations, Clark strives to obtain the knowledge and skillset to serve her family and community.

“Growing up with both parents involved in law enforcement made me realize that I want to help people and care about the needs of my community,” said Clark. “I want people to know that they have someone who they can count on when they are having one of the worst days of their lives, just like my parents did for so many people in their careers.”

” I want to be someone’s hope, and when people see me, I want them to see that help is coming and we will get them through whatever disaster life may have thrown their way,” said Clark.

After her time at Ball State, she dreams of a career as a Federal-level Emergency Management and Homeland Security Director. Regardless of whether she ends up working at the local or federal level, she feels the program has equipped her to best handle a wide range of scenarios and incidents, should they occur. 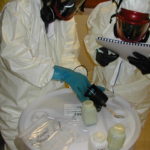 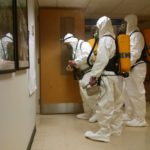 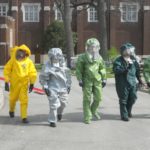 According to Dr. Pichtel, EMHS students are the right people for a tough job. They’re eager to participate in the program, intrigued by the capabilities of field monitoring equipment and engage in mock response exercises. “Ultimately, EMHS students take the program seriously and are excited to learn,” he said.

By developing real-world skills and understanding through interactive application, EMHS students go far beyond basic career preparation. They share a common sentiment: serving their communities is important and valuable work. The College of Sciences and Humanities honors our EMHS students and faculty as face today’s challenges, explore real-world solutions, prepare to serve and protect the public, and make an impact in the world.

For more information about the Department of Environment, Geology, and Natural Resources, visit our website or contact our office.