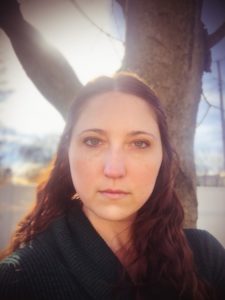 The following interview is with Ball State graduate, Amber Maze. She has her masters in Holocaust and Genocide studies from the Stockton University in New Jersey. She is currently a Holocaust Educator and Human Rights Associate with the Jewish Community Relations Council and the co-founder/ operations volunteer of the Crane Center for Mass Atrocity Prevention nonprofit organization. Her background focuses on the 1994 Rwandan Genocide of the Tutsi people, the Democratic Republic of Congo, and the Darfur Genocide. You can find the Crane Center on LinkedIn, Twitter, and Facebook with the search term “Crane Prevention”. You can learn more about the nonprofit organization on the website: https://craneprevention.org/.

What did you study while you were at BSU?

When I was at BSU, I majored in anthropology and minored in German. My anthropology focus was human osteology, and cultural anthropology as well– you could often find me lurking in the archaeology lab. I knew that I wanted to do something with genocide. And I really enjoyed the forensic osteology component, and I thought maybe something that I could do is work for the UN, or the International Criminal Court, and be one of the forensic anthropologists that they send in after a genocide to collect evidence, and then use that evidence to prosecute war criminals, whatever it may be. And then by the time I got to my senior year, I realized that I wanted to get there before it came time to collect evidence of mass atrocities. And so that’s kind of when I switched a little bit to more focus on prevention, and the aspect of that.

I work for the Jewish Community Relations Council. One part it is Holocaust education, and another part of it is mass atrocity prevention advocacy and legislative work. Right now, I’m focused on the Rohingya in Myanmar and Bangladesh, and the Uyghurs in China. I’m helping to raise awareness in not just Indianapolis or Indiana, but also working with national organizations to eventually bring our concerns to legislators. We work closely with Senator Young’s office and Representative Carson’s office to say, “Listen, we know this is what’s going on, and this is what we think should happen to mitigate what’s happening to the Rohingya or to the Uyghur, or any anyone else that’s experiencing mass violence”.

A colleague of mine [Marcus Steiner] and I founded a new organization in the summer, called the Crane Center for Mass Atrocity Prevention. And through that we take a different approach to mass atrocity prevention compared to some of the other larger organizations out there. Rather than focusing kind of completely on either that bottom-up model, so working specifically just at the grassroots level or working totally at the grass tops level, focusing solely on legislation. We kind of are in the middle so we have the community engagement piece and building the grassroots movement, while also informing our legislators of what’s happening on the ground and how we can bring these two together.

Typically, my week involves meetings within the Jewish Community Relations Council world, including other Jewish Community Relations Councils across the country (along with Jewish organizations like Jewish World Watch). planning campaigns and advocacy and doing legislative outreach, pretty much on a weekly basis. On the Crane side, there’s a lot of the meetings with national organizations. I do a lot of the advocacy and campaign work. And it kind of falls into both sides: social media posts primarily because Crane is really trying to develop that sort of base following. So, when we do have campaigns, we have action alerts, where we can really mobilize people around the world to get involved. So, I guess I would say that’s kind of my big take right now. Always building that grassroots base in the US and abroad.

What has been the most fulfilling part of your current job?

I would say there are two things. Number one would be working with the people who have experienced these atrocities, or who have family who are experiencing them.

I’m getting to become a witness for their story and figuring out how I can amplify their voices. You know, really starting to form a relationship and a bond with those individuals is very fulfilling. It’s not easy being a witness.

And it shouldn’t be easy being a witness in this specific area. But knowing that they know that I’m listening…that I’m trying to amplify their voices…it’s amazing. Just the amount of gratitude and respect I received from them is just… it’s heartwarming.

Another fulfilling thing is when we have a legislative win. Sometimes you send all of this stuff to staffers and while you get a nice response back, you never know if you’re ever actually being heard. An example of that would be the Crane Center after the coup in Myanmar on the first February [2021]. We were really pushing for specifically targeted sanctions against high level military officials, along with the businesses that they own or operate and any close family members that also have investments in those businesses. Our language word for word ended up in the executive order that Biden issued to put targeted sanctions against Myanmar military officials. Those are probably the two biggest things that are the most satisfying or fulfilling to my current positions.

How are the skills you learned as an anthropology student relevant to your career and life today?

I am always looking at what’s happening in the world today through a bit of a cultural anthropology lens versus a political science lens or international relations lens. I think that if you look at what is happening through solely  a legislative or Political Science lens, you’re really missing the cultural component of what’s happening and what is precipitating conflict. If you look at the different communities and cultures that are involved in these conflicts, it really informs people how you should handle it. It’s better than the solely political science lens, because it allows me to say what you’re doing or what you’re proposing to do isn’t going to work. You have to look at the people as both a culture and a society that has different beliefs and customs than we do. And then there’s the biological piece, which really helps when we’re talking about conflict investigations. That is a piece that Crane is wading into, these investigations of mass atrocities and having that osteology and bio anthropology background allows me to look at the atrocity as a whole. Are we looking at a mass grave or just sporadic violence or what-have-you? What are the injuries, what is the cause of death, what was the manner of death? And then that way we can say, in our opinion, we think what happened here was a mass atrocity or a genocide or crimes against humanity, based off of such-and-such.

What advice do you have for other social science/ anthropology students?

I would say explore. I loved my time as an anthropology student, and if I had to do it all over again, I would still major in anthropology. You never know what skills you are going to gain in the other areas of anthropology and the humanities that will help you or completely change your track. I would also say to do internships, or to travel.

Go out there and do things if you are able to. Not only are you gaining real world experience through travel, but you are also getting to experience a different country, different people, and immersing yourself in that culture. For me, that is so essential to having a better understanding of the world around you.