From Facebook’s Roots to Grassroots

Facebook first reached Ball State in the early 2000s when its allure was exclusivity. Signing up required the .edu email address tag of higher ed., and college students eagerly joined to keep in touch with graduating and scattering friend networks. 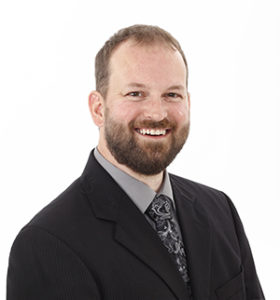 Around the same time, prior to becoming an associate political science professor at Ball State, Brandon Waite recalls how his doctoral dissertation proposal on the correlation between Facebook usage and civic engagement was met with skepticism. His advisors worried Facebook might be short-lived like its social network predecessor MySpace, nullifying his research before he could finish his degree. Waite decided to take the gamble, and his career has followed the upward trajectory of the platform.

Waite has since become an expert on social media in higher education and published two notable books on his research with Ball State colleague Darren Wheeler—Social Media for Student Affairs in #HigherEducation: Trends, Challenges, and Opportunities and Understanding and Using Social Media on College Campuses: A Practical Guide for Higher Education Professionals.

While Dr. Waite’s research focuses on the productive uses for social media in higher education, he also sees several trends in the scope of social media’s political influence. “We used to rely on Facebook to keep in contact with friends who had moved away, share pictures of our kids and such, but it’s shifted to encompass so much more than that.” He notes how President Obama’s campaign in 2006 was the first to optimize social media by soliciting micro-donations through email and Facebook.

Since then, politicians and grassroots groups have recognized the great potential of reaching vast portions of the population directly through social media. “Facebook is free, user friendly, and popular, so it’s a fantastic tool to encourage political engagement, especially at the local level,” says Waite. Social media has helped raise political awareness, organize people for causes, and encouraged membership in special interest groups.

The problem, he says, has been that “the post-bureaucratic nature of Facebook, which is one of its benefits, has also become its weakness.” The 2016 election revealed the failure of social media platforms to moderate content and enact clear policies that curb the spread of misinformation. Due to this lack of oversight, gatekeepers have been less able to perform as such and content has been hijacked by disinformation. Assistant Professor Chad Kinsella, who teaches political science courses in campaigns and various levels of government, says, “Facebook is the Wild Wild West of political information.” Our current election cycle, for example, has included false claims about how to vote, voter requirements, and when and where to vote. 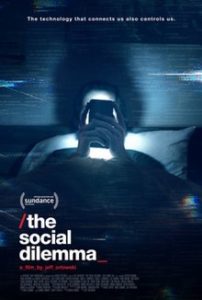 Netflix documentary The Social Dilemma highlights how algorithms circulate information on social media based upon popularity, not accuracy. According to the documentary, lies spread six times faster than the truth. False claims are particularly disconcerting as Facebook and other social media has become the primary purveyor of political information, national news, and social consciousness for many users.

Dr. Kinsella and Dr. Waite both note the importance of recognizing social media outlets as echo chambers where users only hear their own opinions reiterated. People make the mistake of believing everyone on social media has access to the same information, but they don’t realize that their content is curated to their interests. “Facebook exacerbates homophily,” notes Waite, “which is causing us to becoming increasingly polarized.” 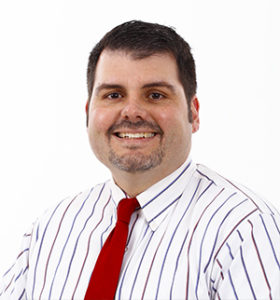 He notes the importance of remembering that special interest groups easily manipulate social media content by creating sound bytes and decontextualized clips. The pandemic has further stymied productive political conversations, as we are all more isolated than ever. “The gold standard of political campaigns has long been canvasing, which allows door-to-door, face-to-face connection,” Kinsella says, “but that isn’t happening this year.” This further underscores the necessity of reliable political information.

In regards to the upcoming election, Brandon Waite says,

“People really need to focus on the sources. We should rely on legacy outlets [newspapers, magazines, local and national news outlets] that cite trustworthy sources. Sure, they may be biased one way or another, but what we really need to be is media omnivores—we should consume information from several different sources.”

Both professors agree that the 2016 and current 2020 election cycles have raised interesting questions about social media regulation. Should there be more governmental guidelines for social media content or would that impede First Amendment rights? Recently, Facebook agreed to more self-regulation. They will now take down false information deemed voter interference and remove accounts associated with radical conspiracy groups. “It’s kind of like Whack-a-Mole,” remarks Waite, “once they get rid of one deceptive post or account, another pops up.” However, he’s hopeful that some platforms are including content warnings for posts that may contain misinformation.

As we become more informed social media consumers, it behooves us to recognize the benefits of social media as well as the shortfalls. Social media  monopolizes our attention by design, without regard for the quality of its content. Carefully consume your political information from multiple, verifiable sources. Even better, seek out a congenial conversation about policies and candidates with a friend or family member with a different perspective.