Today is Martin Luther King Jr. Day, the federal holiday established to commemorate the civil rights activist Reverend Dr. Martin Luther King Jr., who was assassinated in 1968. This was the first national holiday focused on an African American. Though the federal holiday was established in 1986, it was not recognized by every state until 2000 (you can read more about the process here). Though only established recently, this holiday plays a significant role in our society, providing us with the opportunity to reflect on whether we have realized Dr. King’s vision for the world. One of the College of Sciences and Humanities professors, Dr. Max Felker-Kantor, researches social movements and African American history in the twentieth century, providing him with an educated perspective on the ways in which Dr. King influenced society, with a specific focus on the relationship between race and police. 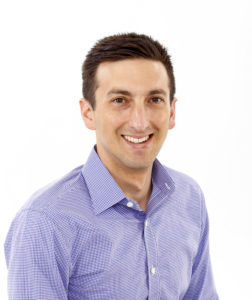 Dr. Felker-Kantor believes, “It should open up a lot of important questions, not just about what we need to do but what we can learn from the past to move forward – the kind of questions that King would have asked too.”

Dr. Max Felker-Kantor is a visiting assistant professor in the History Department who teaches courses on American history and African American history, such as Introduction to African American Studies. His first book Policing Los Angeles: Race, Resistance, and the Rise of the LAPD examines the history of policing and anti-police abuse movements in Los Angeles from 1965 to 1992. First released in 2018, it has just been reissued in paperback form. His current research focuses on the DARE program in the 1980s and 1990s, examining anti-drug education in schools, the war on drugs, and the resulting mass incarceration all in the context of African American communities. With his research interests in the subject, I sat down with Dr. Felker-Kantor to discuss the legacy of Dr. King.

As we commemorate the life of Dr. Martin Luther King Jr., what do you see as his influence on our society?

I think the big thing about King, which I think we all should remember and what I think my research would show, are the kinds of questions that revolve around ‘what does racially equal society look like?’ The anti-police brutality movements, the movements to have justice in the criminal justice system for policing for African Americans, these are all legacies of what King promoted in his era and would have continued to promote in ours. He was not just ‘I have a dream,’ it was very much about promoting a broader vision of what kind of social and racial justice would look like.

The memory and history of King often times gets reshaped. People will say ‘King would not have been out there with the protestors around Black Lives Matter and in Ferguson and Baltimore,’ and stuff like that. But if we actually look at King’s life and his kind of radicalism, he definitely would be on those sides. Or they will say, ‘Oh we’re past those things and King would not be on the side of these protests of police brutality and mass incarceration.’ I think we often forget that if we actually did justice to King’s vision, the focus would be on changing a lot of those institutions. His longer legacy is of fighting against racism, capitalism, and militarism in American life and especially around policing – making sure it is not an institution that reinforces racial inequality.

Do you think things have changed?

I think there’s been immense changes since the 1960s and King was assassinated, in terms of the visions of trying to push forward racial justice, whether that looks like affirmative action or African Americans in particular positions of power. We have gotten to a kind of place where we had the first black president, and you wouldn’t have had an African American elected to the presidency in the 1960s, or even in the 1970s or 1980s.

So we do see changes in terms of what society is willing to accept. But at the same time, I think we see a lot of the continuation of, if not overt racism, which I think we’ve seen in the last two or three years, a growth of that which King, of course, would be out there fighting against. Then we also need to consider King’s critiques of capitalism where he asked what sort of society do we want to have? In King’s vision we need a more just one where everyone has the ability to have a decent living and a decent kind of system of support. Those things are things we’re still fighting to achieve

So it’s kind of how most things go throughout history: some things have changed, some things have stayed. Some things have even moved backwards in ways. We have these different levels of continuity and discontinuity between the 1960s and the present. We don’t have legalized segregation anymore, but racism has transformed and it looks different. Racism was part of the structures of at the time. But since we have been demanding changes, it has continued in other ways – even if it isn’t legalized segregation and discrimination, it’s still out there.

Interested in hearing more from Dr. Felker-Kantor? Come to the Student Center on February 6 to hear Dr. Felker-Kantor, Dr. Lorenzo Boyd, and Dr. Simon Balto for the panel “Race and Police: Historical and Contemporary Issues of Policing Brown and Black Communities.” This panel will be presented by the Minor in African American Studies and sponsored by the College of Sciences and Humanities, the English Department, the Department of Criminal Justice and Criminology, the Cohen Peace Center, and the Teacher’s College.