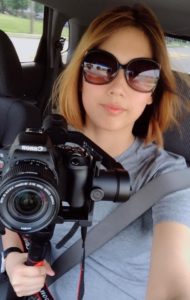 Education is about relationships. It’s the connection between a mentor and a student, the comradery of a classroom. It’s late night study sessions in the library over a second cup of coffee. It’s the nervous jitters of asking a question in class, followed by the comfort of realizing that others were struggling in the same way. For Shay Haneline, a recent alumna of the Modern Languages and Classics department, it is group texting in Chinese with classmates, late night international films with friends, and dancing together to foreign music. Shay’s experience is representative of most students, that connections and relationships are integral to education and a key component of success.

Shay Haneline is a 23-year-old Ball State alumna of the Modern languages and Classics department, she majored in Chinese and minored in Japanese. Currently she is a graduate student in Ball State’s Telecommunications program. When she is not practicing her Chinese or working on a production for the TCOM department, Shay is a full-time model with the M Agency in Fort Wayne.

When telling her story, Shay attributes her diverse experiences to the involvement of friends. It was her friends during her freshman year that encouraged her to pursue modeling, which led to her developing connections in the modeling industry. Later, friendships she developed with her classmates in the Chinese major led to her being introduced to film production. She says,

“A lot of my Chinese international friends were TCOM majors, so they were always asking me ‘Can you do this?’ ‘Can you do my thing?’….I got to hang out with them, learn more about the culture outside of those classes and everything.”

Not only did these connections eventually lead to her pursuing a graduate degree in Telecommunications, the time spend with these friends helped her proficiency in foreign language. Shay notes that fun activities outside of class are one of the best ways to study:

“Immersing yourself in it is the best way to pick up the language, whether that’s watching TV in that language, listening to music in that language, practicing with a native speaker, peer, or tutor/teacher. Today I watch Chinese dramas and text in Chinese with my international friends. I read manga in Japanese. And I try talking in Spanish with my cousin when she is home from Mexico. Join an international club, like Chinese Club, where other students are interested in the language and culture so you can practice or study with someone.”

One of Shay’s most important pieces of advice that stems from her experience in the Modern Language and Classics department is the willingness to boldly ask questions:

“Being able to ask questions in class, as well as out of class, was a skill I developed learning Chinese because if I didn’t know then I would be totally lost In grad school, if I don’t understand something I ask my peers to show me so I can learn what something is, means, or does.”

Shay Haneline’s academic experience has led her down diverse paths that she had never considered before, all because she was open to opportunities. At the foundation of her experience is her hard work in the Modern Languages and Classics department, learning the skills of memorization, time management, and networking. As an alumna of the College of Sciences and Humanities, Shay’s experience continues exemplify that education is about relationships.