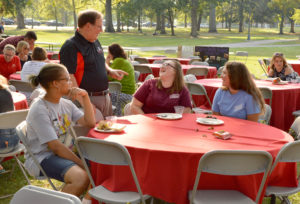 After graduating with his bachelor’s degree, Dr. Weaver taught English for one year at Kettering East High School in Kettering, Ohio. He then returned to his roots for the next four years, teaching English and speech at Muncie Central High School. While working at Muncie Central he completed his master’s degree. Continuing his education, he earned a doctorate in curriculum from Indiana University-Bloomington in 1975. Upon graduation, he left the midwest and worked as an Assistant Professor of Curriculum at the University of Southern California for the next five years. 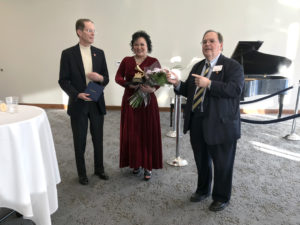 In 1980 Dr. Weaver returned to Ball State as an Associate Professor of Curriculum, and later became full Professor. In 1983 he moved into the Dean’s Office for the first time, where he served as an Associate Dean of Teachers College for 10 years. From 1993-2009 he led Teachers College, serving with distinction as Dean. During this time, he also oversaw the Ball State Office of Charter Schools, the Office of Charter School Research, Burris Laboratory School, and the Indiana Academy – just to name a few of his many tasks.

His professional career has focused on long-range planning, school choice, curriculum innovation, and technology. Choosing to return to his first love of full-time teaching, and always being an innovator, Roy returned to the Department of Educational Studies where he taught online graduate courses. 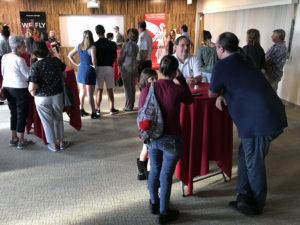 Little did Dr. Weaver know, he wasn’t done with the Teachers College Dean’s Office. In 2017, he was appointed as Interim Dean of Teachers College, where he served for an additional three years. During his return to the Dean’s Office, he would oversee and be involved with many projects, including a reorganization of Teachers College departments, the Ball State Centennial Celebration, the TC partnership with the Department of Defense Education Activity (DoDEA) and the Germany Student Teaching Program, significant growth of the Applied Behavior Analysis program in the Department of Special Education and its potential expansion to China, and the evolving working relationship with Project Lead The Way. 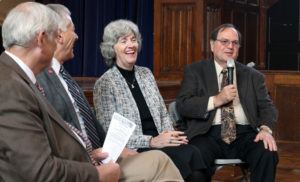 During his nearly 30 years serving in the TC Dean’s Office, Dr. Weaver was an outstanding spokesperson and steward of Teachers College, and his legacy will live on at the university for a long time to come. Even though he is now retired, his dedication to Ball State and the Teachers College has not abated. You can still catch Dr. Weaver at the occasional TC event, or in the stands cheering on Ball State sports to victory. 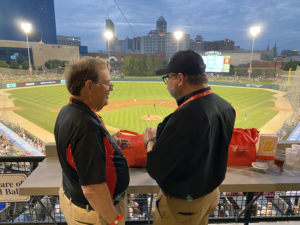