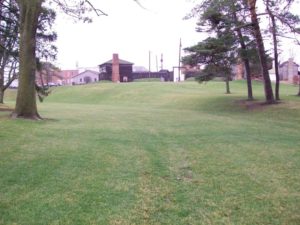 Ball State’s Applied Anthropology Laboratories (AAL) has received $50,000 from the Telling the Full History Fund—a grant program from the National Trust for Historic Preservation and made possible through the National Endowment for the Humanities’ American Rescue Plan Humanities Grantmaking for Organizations.

Summary
In collaboration with 11 Tribal Humanities Scholars and staff from the Ohio History Connection, AAL will create a 10-minute Welcome Video and comprehensive Exhibit Guide (print & digital) to supplement St. Clair’s Defeat Revisited: A New View of the Conflict. A New View is a traveling exhibit displayed from Oct 2023 through Sept 2025 at four venues in Ohio, Indiana, and Oklahoma. The Welcome Video and Exhibit Guide tell the story of one of the greatest American Indian victories over US forces and its reverberating consequences through the lens of modern tribal citizens. The Tribal Humanities Scholars are citizens of the Delaware Nation, Delaware Tribe of Oklahoma, Eastern Shawnee Tribe of Oklahoma, Miami Tribe of Oklahoma, Ottawa Tribe of Oklahoma, Pokagon Band of Potawatomi Indians, Seneca-Cayuga Nation, Shawnee Tribe, and the Wyandotte Nation, all descendent tribes of those who defended their homelands in St. Clair’s Defeat. 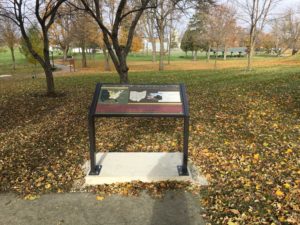 One of 15 AAL-designed battlefield wayside exhibits installed in 2018, and reviewed by members of descendent American Indian tribes who fought at St. Clair’s Defeat and the Battle of Fort Recovery. Photo Credit: Christine Thompson

The New View focuses on four themes: the context of the Northwest Indian War; St. Clair’s Defeat on November 4, 1791; the aftermath of the battle including broken treaties, force removal, and attempted erasure of culture; and the resilience and persistence of tribes today. Our Welcome Video features American Indian voices telling the stories of St. Clair’s Defeat in the context of these themes. Descriptions of, especially, the aftermath of the battle from personal tribal perspectives provide empathetic and human connection difficult to achieve in graphics and text, and foreground Native voices in the narrative. The video guides viewers through the human narrative of the exhibit, contextualizing the relationships of modern tribes to their homelands, and highlighting the pervasive implications of broken treaties, lost land, and forced removal, even to today.

The Exhibit Guide links to all descendant tribe’s history websites. Additionally, the digital version provides an interactive map to show tribal headquarters today in relation to their historic homelands. The Guide and Welcome Video will be available digitally on the Ohio History Connection website and all other venues’ websites. 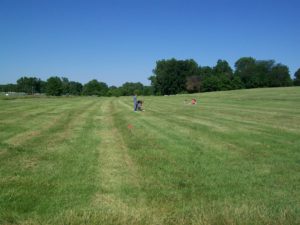 This Welcome Video and Exhibit Guide supported by the National Trust for Historic Preservation provides a comprehensive context for the traveling exhibit within its four themes and 12 sub-themes, including readable versions of key documents (Treaty of Greenville, 1791 news broadside), and tribal oral histories that add context, particularly to the Aftermath theme.

Both Welcome Video and Exhibit Guide will go live in March 2023 as independent interpretive products. They will be used to market and then supplement the New View exhibit (open at four venues from Oct 2023 to Sept 2025).

To learn more about the National Trust for Historic Preservation program and all the awards made through this important fund, visit Forum.SavingPlaces.org/tellingthefullhistoryfund.