Discovery Women’s Group is a philanthropic organization that supports student-centered, community engaged projects and programs at Ball State. These aren’t just buzz words—simply look at any of the more than 40 diverse projects Discovery has funded since their inception almost 20 years ago, and it is easy to see the range of influence that this group has had in both the Ball State and Muncie communities.

Discovery grants provide opportunities to Ball State faculty who may struggle to identify national-level external sponsors for their projects and gives members a chance to underwrite local projects that have an immediate local impact.

“[Discovery] is my way of making an impact—one that is mine, and all the other women who are members,” says Discovery president Tami Hall. “I really get excited to see how the projects funded evolve. I feel like we are making a direct and impactful difference at the University.” 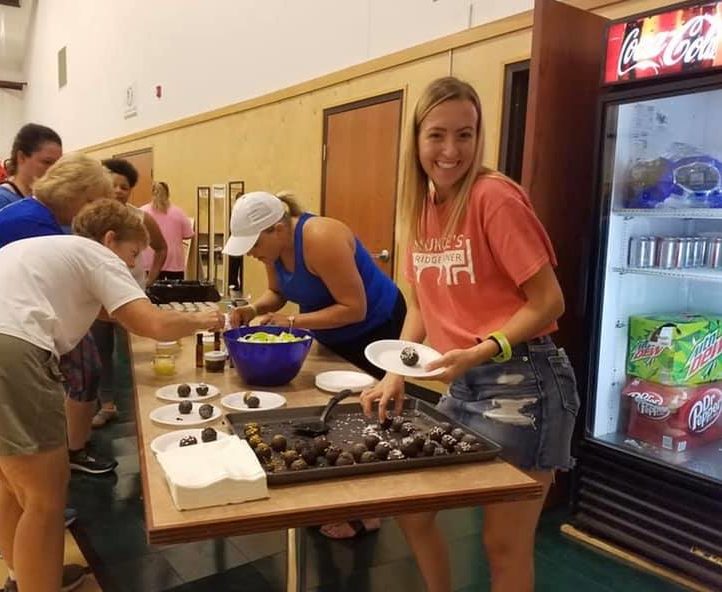 The group started in 1998 as an informal giving circle looking to fund special educational programs at Ball State, and to demonstrate through informed philanthropy the critical role that women can have in the improvement of their communities. The concept of a giving circle is straightforward—a form of non-hierarchical community philanthropy in which members pledge an annual donation and then collectively choose a recipient for their pooled dollars.

Historically, these groups have been exclusively women, growing in popularity throughout the 20th century as women gained increasingly more autonomy over their finances. Giving circles in general are much more diverse now in race, age, and gender, but the concept remains the same—a collaborative and inclusive group, with the goal of funding progress within their own community. 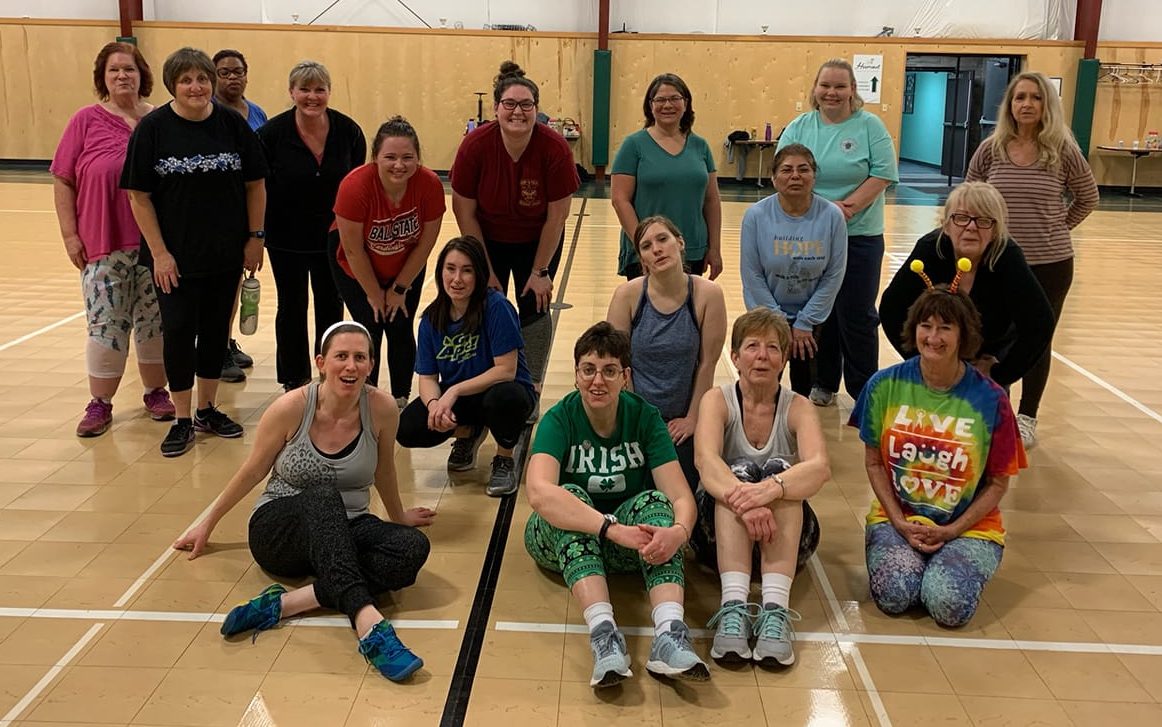 Cardinal Wellness community participants pose for a photo after a Zumba class. Photo by Laurie Harris.

“At the time I joined I was a faculty member, and liked the focus of the group of providing dollars for faculty to do projects that had a direct impact on both the University and the community,” says Dr. Sue Whitaker, retired professor of family and consumer sciences. She has been a member of Discovery for more than ten years and currently serves as co-vice president and chair of the grants review committee.

Hall has been a member for at least ten years but became really engaged about six years ago. At a holiday brunch hosted by founding member Marianne Glick, she became so inspired after a performance by a Discovery-funded student team that she immediately signed up to review grants for the next cycle. “I was so impressed by the grant proposals reviewed and the women who reviewed them,” she said. “I’ve been involved with Discovery as a board member ever since.” 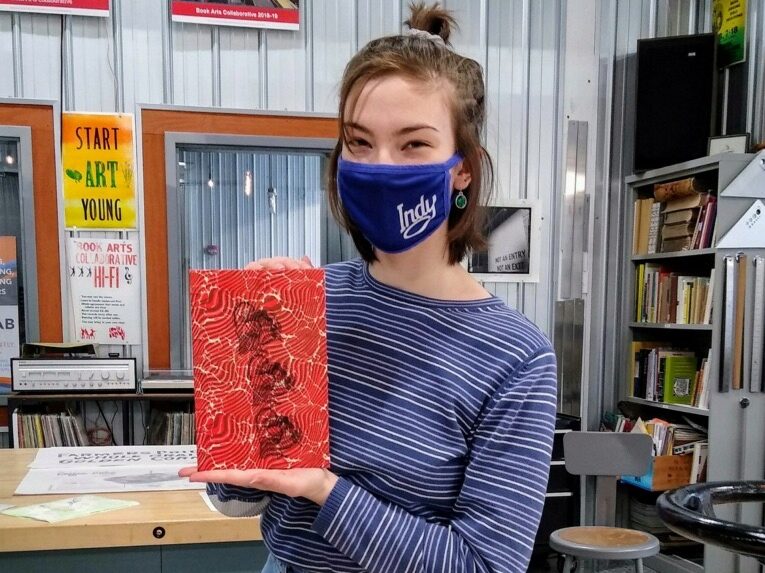 The Book Arts Club for Muncie Central High School was awarded nearly $19,000 to teach youth about the art of printing and bookmaking. The program is led by Dr. Raileen Peterson, associate professor of English. Above: Kennedy shows off a book she created by printing the cover page and hand-sewing the book together.

All group members are encouraged to join the grants review committee, which narrows down the applicant pool each year to a handful of finalists. After the finalists are presented to the full membership, a vote is called, and each member is allowed a specific number of votes based on their annual donation. “It gives us each a say in exactly how our dollars contributed are put to use,” says Hall. “The amount we are able to grant each year depends on how many members are in Discovery: the more members, the more dollars we can grant.” 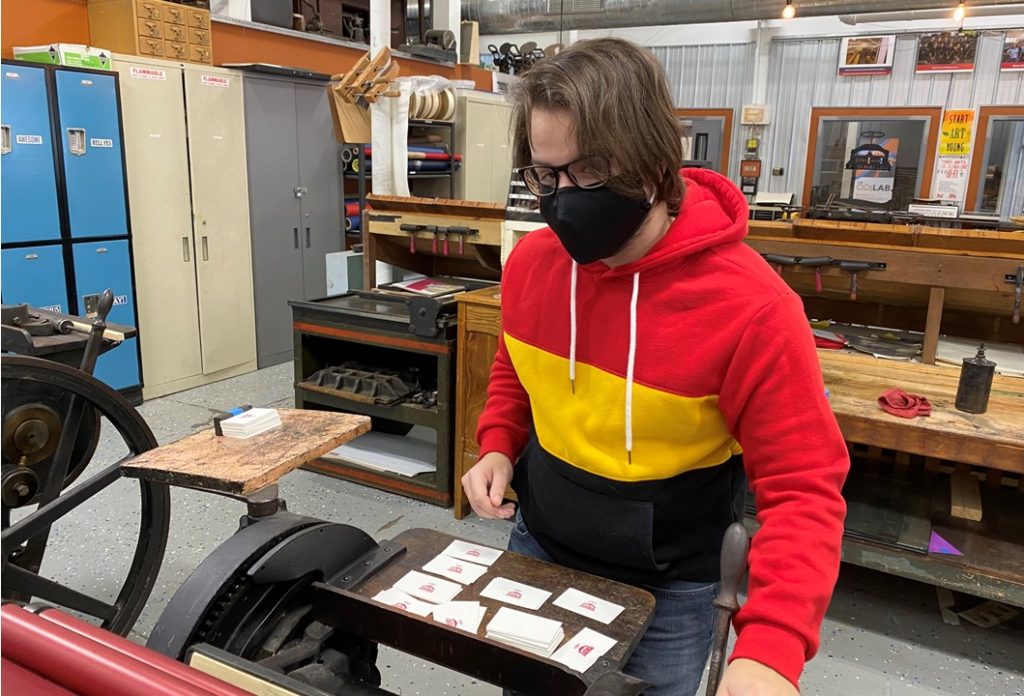 Since formally aligning themselves with Ball State through the Ball State University Foundation in 2002, Discovery has awarded more than one million dollars to fund programs and projects at the University.

“We need more members of Discovery to continue the legacy and vision of those who created this way for women to support the entire University Community,” urges Whitaker.

How can I join, make a gift, or apply for a grant?

Make a gift: You may also support the group by making a gift,

Keep in touch: Learn more about the Discovery Women’s Groups activities on their Facebook page.