Whether it’s Lake Michigan, Prairie Creek Reservoir, or the White River, some people swear by their local fishing holes, to “find the best bass, catfish, (insert fish name) here.” Because they love the sport, it’s common for anglers to practice regulated fishing. State agencies can fine those who take more than their limit, don’t adhere to size regulations, or fish in a prohibited body of water.

Carl Bachtel is a pro-staffer at the Bass Pro Shop in Rossford, Ohio. He hosts workshops and seminars for beginners and pros on how to fish. He said it’s  important not to over harvest and to selectively harvest fish.

“You never want to take the biggest fish out of an ecosystem whether a river, a stream, a lake, or pond,” he said. “You don’t want to keep the big, big ones. You  want to let those go, because they are the ones doing the majority of the spawning. They’ve lived this long and grown that big, and that means they have good  genetics. You want to keep that in the fishing system.”

The health of a fishery is in part what Dr. Paul Venturelli studies here at Ball State University. Venturelli received more than $320,000 from the US Fish and Wildlife Service (award F17AC00269) and Ball State Start-up funds to research fish growth, reproduction, survival, and how these rates determine population  dynamics and sustainable fishing rates. But, he said, the bigger challenge is to understand the people who do the fishing.

“Let’s say we make the regulations more liberal or more conservative—so you can keep more fish or you can’t keep any fish. What does that do to the mood of anglers?” he said. “We know that anglers who disagree with a regulation are less likely to follow it, and that negative sentiment can affect the public’s general perception of a state agency. Because anglers vote with their feet, we can also see how regulation changes affect angler behavior. Do they stop going to that lake if you make the regulations restrictive? If so, do they fish somewhere else? Do they fish less or stop fishing altogether? We have trouble answering these questions within normal fishery science.”

Venturelli’s research group is one of a handful around the globe that is working with apps to gain insight into the habits of fishers. “We know what they’re  catching and where. We know, in some cases, how long that took, how far they traveled, what kind of bait they used, or whether they fished from shore or a boat. If they are entering text, we can even get a sense of their mood. It could be pretty comprehensive, but we aren’t interested in what a single angler is doing—that  would be like following one car to understand traffic patterns. We have to look across all anglers to generate a picture that we can put toward fisheries conservation.” 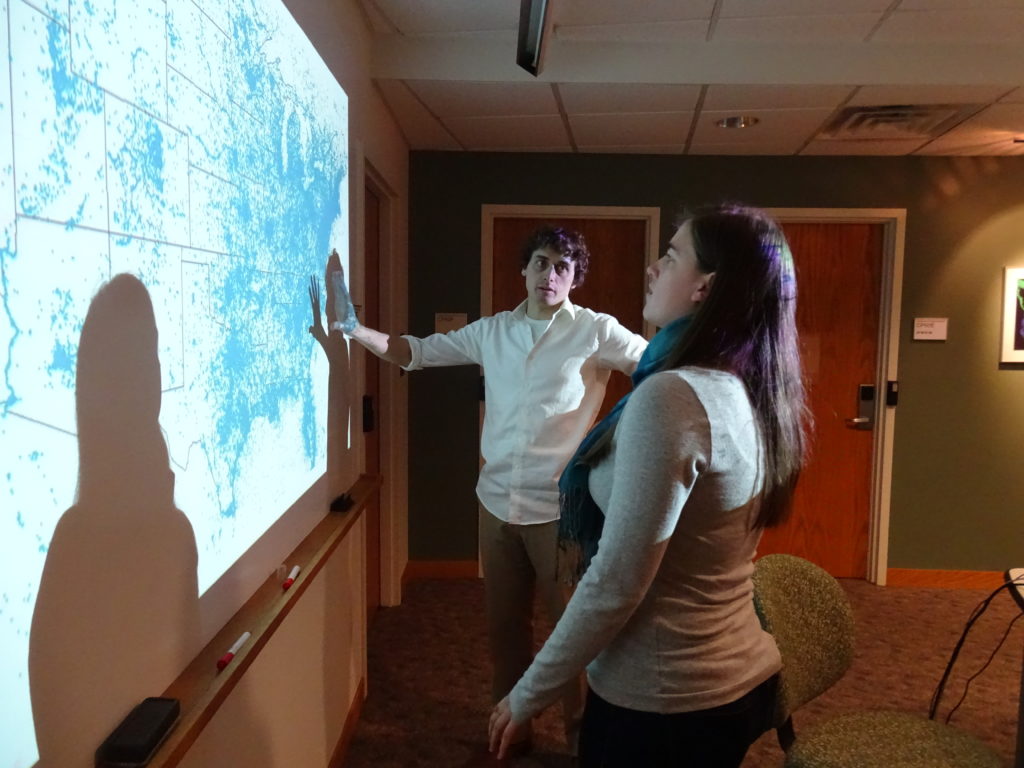 Dr. Paul Venturelli studies how state regulations affect the fishing habits of anglers across the country.

Some states do have pretty strict standards on how much and what kind of fish anglers can keep. Bachtel said he practices CPR—catch, photo, and release. “It shows people what I’m catching. I have a good story to tell. I have a picture to back it up. And then you let the fish go and it can be caught again someday. It stays in the ecosystem and continues to live and spawn and grow the population of fish and hopefully some of their offspring will grow up and be just as big and beautiful as they are.”

Bachtel practices what some might call self regulation. Admitting it may be a crazy idea, Venturelli believes that apps could one day allow state agencies to share information with anglers in real time and establish regulations, “We can say, ‘Anglers, this is the lake you want to fish, and this is our estimate of what we think is sustainable. We will never close the lake, but take a look at where data across all apps suggest that the harvest is relative to that, and then you decide what to do.

Maybe you don’t want to fish there at all.’ Or you can say, ‘If I take too many fish out of here, then there’ll be nothing left for the future.’” The app could also act as a decision support tool by using fish length and the best available science to give a recommendation on whether to keep that fish or throw it back.

Even with some strict state laws, Bachtel said, over harvesting and selective harvesting may have more to do with the ethics of the fisher who may make better decisions based on knowledge of their favorite bodies of water. “You should learn about the ecosystem and the food web and see how everything fits together. Once you realize how important those fish you’re catching are in that system, you’ll want to keep them in there and keep it sustainable, so you’re always have a good place to fish, fish to catch, a few fish to harvest every now and then. Once you take them all out of a system, they’re gone. They’re not coming back. And that ruins it for a lot of people,” said Bachtel.

It’s this type of information along with the research that professors like Venturelli do that will likely improve the sustainability of fisheries, both inland and globally.

It could be pretty comprehensive, but we aren’t interested in what a single angler is doing – that would be like following one car to understand traffic patterns.” —Dr. Paul Venturelli