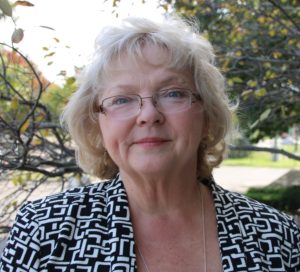 Time and time again research has proven the detrimental and, at times, fatal health disparities within minority communities compared to their white   counterparts, whether it be infant mortality, obesity, or access to health care, among others. “For some reason racial and ethnic minorities have a huge   disadvantage,” said Dr. Jagdish Khubchandani, associate professor of health science at Ball State. “Unless you address them through good implementation of evidence-based projects, you cannot solve these problems.”

Three Ball State professors, all women, are on the frontlines fighting health disparities in Indiana with their research. Two are working on ways to reframe the message so patients are making informed health decisions about the HPV vaccination and prenatal and maternal health. The third is investigating the impact of exercising alone or with a buddy or group. All have received continuous funding from the Indiana Minority Health Coalition (IMHC). One of their colleagues sees their work in this field as important because it’s not about the repetitive research results of known health disparity facts but taking action to improve the   statistics.

“You don’t need some rocket scientist to reduce health disparities. There are some simple measures that can help minority communities, but it takes a different type of approach,” said Khubchandani. 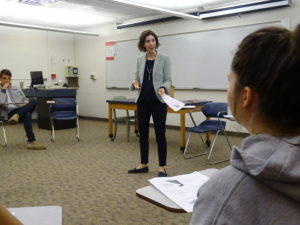 A nurse practitioner, Dr. Juanita Ebert Brand, an associate professor of nursing, is on her third consecutive grant from the IMHC. In the past she’s investigated access to care and vaccination practices among Indiana’s Native American population numbered at more than 55,000. Her latest research used a $35,000 grant to work in three minority communities, African-American, Hispanic/Latinx, in addition to Native American, regarding HPV vaccines. “Human papillomavirus infection is a stigmatizing infection, and there are some who link this stigmatization with the vaccine,” said Brand.

Brand traveled all over the state to interview 90 participants, 30 from each minority group. She talked to them about what they knew about HPV, fact and/or myth. She discovered three key themes among all three groups. While there’s a trust in providers, there’s a mistrust in information, especially if it’s information that is not supported by their family and friends or there was a cultural consideration regarding message delivery. The theme related to vaccine and vaccination  beliefs was found to be inconsistent throughout the participant population—with hesitancy to vaccinate, misconceptions regarding vaccine safety and  complications, and discomfort in discussion of HPV transmission.

Additionally, Brand found those interviewed had barriers related to accessing care related to vaccination, as well as lack of knowledge and understanding of vaccination initiation and scheduling for vaccination series. Her goal is to provide real-time knowledge and understanding that IMHC will be able to use as it crafts messaging for various minority groups regarding HPV vaccine. This will provide clear, culturally coherent information—in order to allow various populations to make informed decisions regarding vaccination for HPV. “No matter what population you are working with, it is critical to make sure you have provided correct and relevant information that is culturally congruent and appropriate. This allows persons to make informed decisions regarding vaccination using correct information that is delivered in a way that addresses social and life experiences and as well as the science behind it.”

While Brand isn’t directly involved with crafting a health care message with her research, assistant professor of health science Dr. Jean Marie Place is. Place used strategic frame analysis developed and promoted through the Frameworks Institute (FI) to encourage better prenatal and maternal care practices in the  Hispanic/Latinx population. The FI is a body of researchers interested in reframing social issues, using different messages than have been used in the past.

With a $20,000 grant from IMHC, she and her research team first developed and tested metaphors to encourage healthy prenatal and maternal living. They came up with “planting a seed.” “It helped to change the conversation with expectant mothers to understand the threat of infant mortality not just in utero but after the baby is born. When we brought up the seed, when we brought up gardening and planting, they said, oh yes, planting the seed is like conception. Watering the seed is like making sure you go to your doctor’s visits and having a doctor sort of weed to make sure everything is correct,” said Place.

With an additional $20,000 for a second year, Place developed a video in Spanish highlighting the metaphor to show at two Indiana clinics that treated Hispanics/Latinx. “Then the last part was in-person interactions—actually giving patients a plant, giving them a seed packet that they could water and grow at home, and to kind of reinforce this message.”

In follow-up interviews, those who saw the video said they liked it and that they shared the information with others. “We showed the video to any  Hispanic/Latinx individual because we know that they talk among themselves. The more that the public understands, including grandmas, men, and teenagers, the more that the culture around these issues change.”

Up next, Place will apply for more funding from IMHC to do a study and craft a message for the African-American community regarding prenatal and maternal health issues.

Zumba at the Buley and Beyond

Two nights a week, you’ll find 50 women of Muncie’s Whitely and surrounding neighborhoods dancing to get or to stay in shape with Zumba. They’re combating a statistic that their ZIP code is one of the worst for minority health disparities in the state. “Their poverty level is one of the highest,” said Dr. Shannon Powers, assistant professor of kinesiology. “Type 2 diabetes and obesity need to be addressed. It’s in the 70th percentile range. It’s just this pocket.”

Powers has received a $20,000 IMHC grant to answer an overarching research question: Do people who exercise alone have the same fitness and nutrition results as those who exercise with a family member or friends? Powers said her research follows the Boyer Model of Scholarship— it’s led by students. “Students facilitate this program, and we also try to help the community in some way. My focus is community-based exercise and nutrition disparities.”

The grant was split with community partners. $12,000 covered transportation in the Whitely neighborhood, and the rest covered social media to keep them  informed about Zumba and nutrition.

You don’t need some rocket scientist to reduce health disparities. There are some simple measures that can help minority communities, but it takes a different
type of approach.” —Dr. Jagdish Khubchandani

All three researchers see the critical need in the coalition’s funding of their projects. “I’ve had a positive experience with the Indiana Minority Health Coalition. I can’t say enough about its assistance with my research,” said Brand.

“The IMHC has been wonderful to work with. We’re so grateful it funded this sort of idea. It had never been done before, taking the strategic frame analysis and looking at infant mortality. So, IMHC sort of took a risk on whether it would work, but we were pleased with the results.”

“That’s the beauty of Drs. Powers’, Brand’s, and Place’s research,” said Khubchandani. “It can’t be classified as huge amounts of funding, but what I like is that they’re smart thinkers. For less money, they’re trying to produce so much value. And they’re intelligently targeting populations that sometimes people with million-dollar grants fail to do. Their innovation, smart thinking, and really finding people who need assistance have been their greatest strength and that’s why they get continuous funding.”