Without them, farmers would spend millions of dollars on pesticides, certain trees may not exist, and tequila lovers would be out of luck. Bats play an important role in our ecosystem, and if we lose them, the ecosystem could change quite a bit.

A certain Ball State University researcher would know. Known fondly as the bat guy, Professor of Biology Dr. Tim Carter keeps track of bats in Indiana, the region, and nationally. Carter arrived at Ball State 12 years ago. “The position was for a mammologist specializing in bats but also does work with small mammals and other things. I thought, ‘Wow, this is really perfect.’”

While Carter studies other mammals, the majority of his work is with bats. Since 2006, he’s been granted more than $1,460,000 from a variety of sources to study bat habitats, hibernation, and a disease that’s killing them in large numbers – white nose syndrome. “As the disease moves, that’s the kind of declines we’re seeing across the country. We’re losing millions and millions and millions of bats to white nose syndrome.”

White nose syndrome is a fungus that eventually kills bats. First discovered in Albany, New York, in 2006, it’s spread rapidly across the U.S., now seen in more than 30 states. If a colony is infected, 90 to 95 percent of the bats die.

Carter has been working on a treatment for white nose syndrome using chitosan. A derivative of chiton, it’s found in the outer shell of shrimp. The treatment kills microorganisms while promoting healing. So far, the treatment on bats in Michigan and Texas inhibits fungal growth. The treatment is promising but also challenging at the same time.

If you have a love of tequila, without bats there is no tequila. The agave which makes tequila is solely pollinated by bats. They are the only thing that pollinates the agave.”
—Dr. Tim Carter

Researchers suspect cavers imported white nose syndrome from Europe to Albany, New York. It was likely spread to the Midwest and then hopped to Washington by contaminated cavers gear and migrating bats spreading fungi spores in caves. Despite the treatment outcomes so far, Carter remains vigilant and focused on the problem at hand. “And so, we really see that we’re fixing the animals from an immune system and infection level, but we’re not seeing that  translate into increased survival and we’re not exactly sure why. It’s a complicated process, unfortunately.” 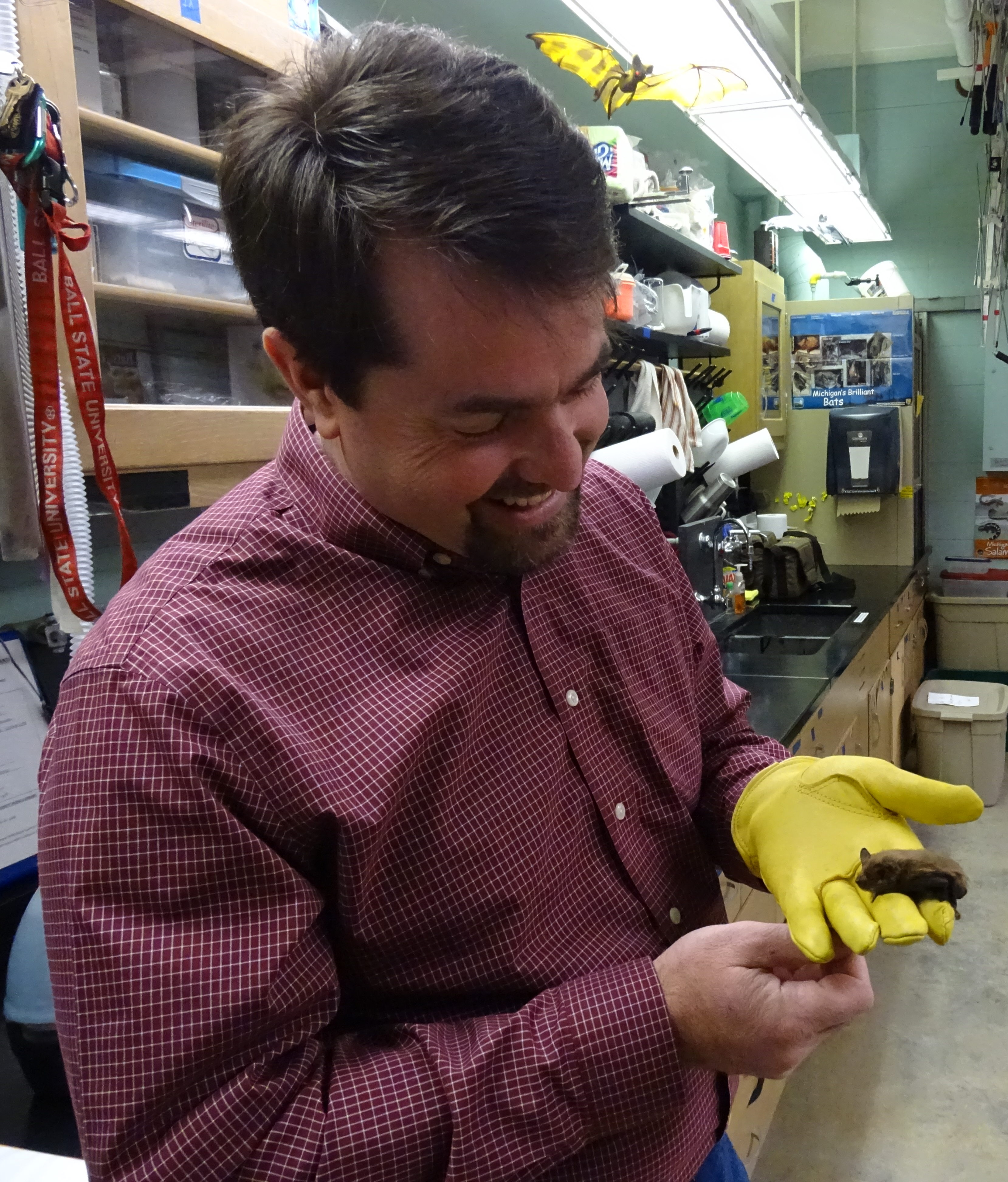 Complicated or not, Carter loves taking his students on his journey. He said his research would not happen without students like Keifer Titus who graduated in May with his master’s in biology. Titus, who is from Blacksburg, Virginia, came here because of Carter, who is well known for his research in the bat world.

Titus calls his research with Carter fast paced. “The master’s has helped me to become more independent. Using problem-solving skills and interacting on a professional level with colleagues in the field has just given me a different perspective on how the real-world operates. It’s been an exponential step in terms of responsibility and maturity. So that’s definitely going to help me in making the decision to move forward.”

What’s next for Carter and his students? He’ll continue his research on finding a cure for white nose syndrome and working with land managers on  understanding how to manage ecosystems that promote bats and other animals.

“As humans, we’ve altered the environment, and unfortunately, that means it’s our responsibility to help control and manage that environment,” said Carter.

“If you have a love of tequila, without bats there is no tequila. The agave which makes tequila is solely pollinated by bats. They are the only thing that pollinates the agave,” said Carter.