Armed with a weather balloon, cameras, and weeks of preparation in scientific theory, atmospheric thermodynamics students literally explored the atmosphere. 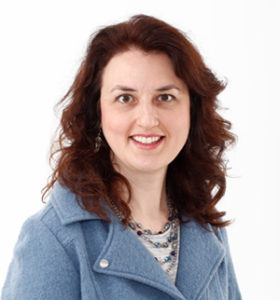 “Students can grow accustomed to relying on computers to calculate data for them. When they get out into the workforce, they will need to have these skills,” says Coleman, assistant professor of geography.

The equipment on the balloon gathers data on the temperature, humidity, pressure, wind speed, and the balloon’s height.

“We took the pod, which was a small box, and put the video camera in there,” says meteorology student Mandy Ward, MS nursing 2009. “The camera needed to be in the box so moisture couldn’t get in. There was a hole that the lens could look through. We strapped it in and tied the pods together. Then we launched it.”

As researchers tracked and followed the balloon on the ground by car, they downloaded the data relevant to their research.

“We were taking the theory out of the classroom and getting hands-on out in the field,” says meteorology student Korey Klein, BS geography 2011. “We were amazed that it got up to 100,000 feet into the atmosphere. Then seeing the video footage of the descent and the burst, you could hear the balloon burst, and watch the freefall.”
The balloon landed in the middle of a 2-mile by 2-mile cornfield just over the border in Ohio. This successful launch supplied Coleman’s class with plenty of data, some of which they spent the rest of the semester processing, as well as clear video and pictures taken from the camera the balloon carried.

Coleman decided to implement atmospheric balloon launches in her classes after participating in a Taylor University program funded by the National Science Foundation. After experiencing a successful collaborative launch, Coleman decided she wanted to make this opportunity available to more students at Ball State. She applied for and received a grant from the Discovery Group to help fund this endeavor.