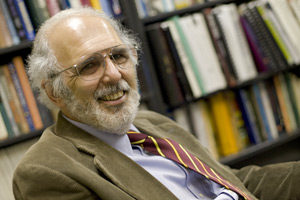 Studies focusing on the social barometers of health and the economy are as current as today’s newspaper. Indeed, nothing is quite as compelling or as close to home as our physical well-being and our pocketbook. What may be startling to many, however, is that the investigation into the intersection of health and the economy is considered an important area for historical research by the National Science Foundation.

Philip Coelho, professor of economics, is intrigued by the intersection of biological science, history, and economic analysis. His investigations into historical productivity issues have discovered a gap in the economic history literature of the early 20th century American South.

More specifically, Coelho studies the disparate effects of diseases upon different ethnic groups and contends that populations of different ethnic heritage have different responses to various disease pathogens. Coelho hypothesizes that these differential reactions have played a significant role in agricultural productivity and American economic development. The phenomenon is an area within historical American economic studies that has not yet been fully explored.

Aided by a grant from the National Science Foundation and working in collaboration with a colleague from the University of Akron, Coelho is looking at archival sources to gather data to better understand what relationship morbid diseases had on productivity during this time. In particular, he is researching the prevalence of disease rates and agricultural input and output data.

Considering that the early 20th century South is a time and place in which economic productivity was closely linked to human physical labor, discoveries in this area are important for both economists and historians.