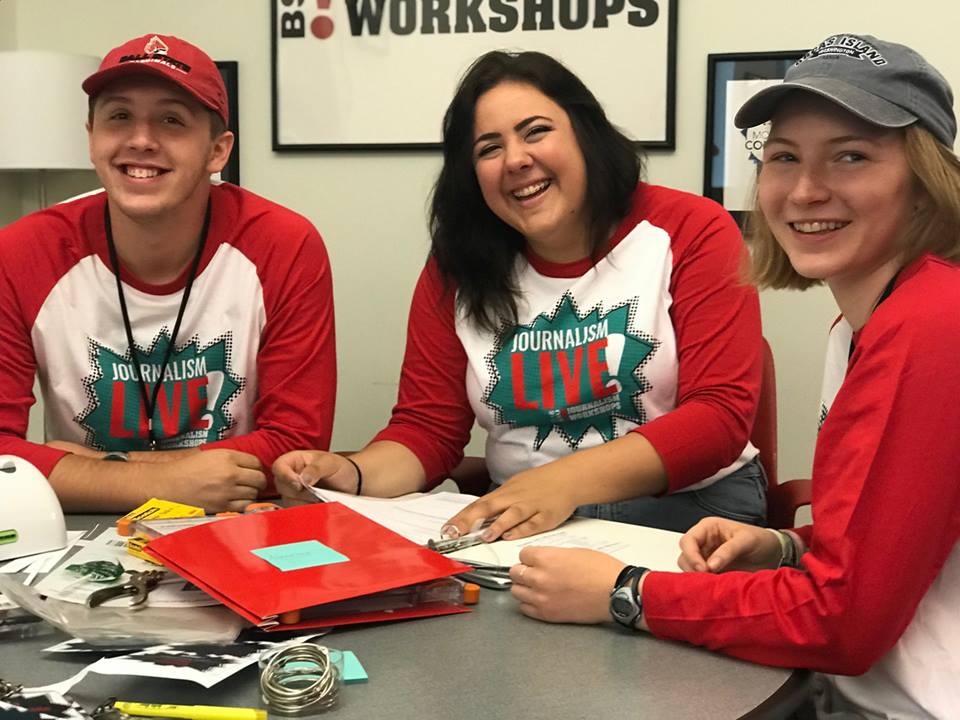 We are BSU Journalism Workshops! This is what we do!

Yeah, we love the exclamation mark!  After all, it’s our brand.  It exemplifies our passion for and commitment to scholastic journalism.

We are here for you and your students —

• at the tip of your fingers at www.bsujournalismworkshops.com for all things Workshops,

including Blend, our scholastic journalism blog

• at your school with our “BSU on the Road “ service

• as a complement to your instruction and media program with our

• via email (Be sure to volunteer to speak at Journalism Day when we email the call-out in January)!

We are excited to work with and for you!

Dr. Louis Ingelhart, former chair of the Ball State University Department of Journalism, brought the summer workshops to life in 1966. After sending a survey to high school newspaper advisers and journalism teachers, Ingelhart was moved to create the workshops as a unique experience for high school students.

One hundred and fifty-nine students from across Indiana and Kentucky attended the first workshops. Eighty-nine students participated in the yearbook workshop, which were held from July 17-30. The newspaper workshop followed, running from July 31-August 13, with 60 students in attendance.

Word of the workshops’ high quality educational opportunities spread and in 1969 students traveled from as far as New York and Nebraska to attend.

Attendance continued to grow, surpassing 1,000 students in 1978. This led to an attendance cap for future sessions, ensuring students would continue to receive close attention from their instructors.

Classes moved into the West Quadrangle Building, the new home of the Department of Journalism. An adviser workshop was created so high school instructors could stay atop their changing profession.

Dr. Ingelhart retired in 1983, but the summer workshops continued to grow through the ’90s and into the new millennium under the guidance of Marilyn Weaver, who became the workshops director in the mid-seventies and oversaw the program for more than 20 years. In 1996, Weaver became the Department of Journalism chair. She co-wrote a proposal for the workshops that brought in $150,000 in funding. Weaver retired as chair of the Department of Journalism in 2010.

After students settled into the dorms in the summer of 1966, student staff members gave a tour of Ball State’s campus.

Now housed in the Art and Journalism building, attendees have access to state-of-the-art technology. Classes such as editing, design and layout, magazine journalism, sports writing and editing, digital photography and television journalism help students take their skills to the next level.