The place in my home that makes me feel the most insecure as a woman is the kitchen. My kitchen knowledge only goes as far as survival skills. I never considered this basic skill level to be an issue until one fateful day this past May. I had spent the night at my then-partner’s house, and he was crunched for time before he had to leave for work. So, while he was going about his morning routine, I took it upon myself to start brewing the morning coffee. Now, I had not used a coffee pot other than a Keurig for a hot minute, so I, to my embarrassment, overflowed the coffee pot with too much water. Of course, I hurriedly cleaned it up, laughed at myself, and brewed a new pot. Later that day when my then-partner discovered water that I had somehow managed to miss (apparently there was more water left over in the pot, and it had continued to leak throughout the day…yikes), he became irate. “I have known how to make a pot of coffee since I was eight years old,” he said to me (via text), “this is giving me doubts about our future. My kids aren’t going to live off frozen meals.” For him, this one coffee pot mishap defined my (in)abilities to raise and nurture a child.

Now, I do not have time to unpack all of that, but I do want to focus on the age-old stereotype that a woman’s value is defined by her service to others. Before I continue, I want to be clear about where I am coming from as I write this because I am sure this expectation impacts different women in different ways. My white, heterosexual, and middle-class background frames my way of viewing gender norms and roles. For example, when women who look like me were finally able to enter the professional workforce and compete in predominantly male industries (thanks to second-wave feminism), the pressures of being the perfect caregiver were combined with the pressures and expectations of having a career. When a woman came home to her family after working all day, she did not get the luxury of propping her feet up and relaxing after a long day’s work because, even though she has found new liberation in finding a career, she was still plagued with the domestic duties that, typically, were (and often are) not shared with her husband. Since these domestic tasks such as childcare, cooking, cleaning, etc. are not always split, women are forced to juggle multiple, competing roles. 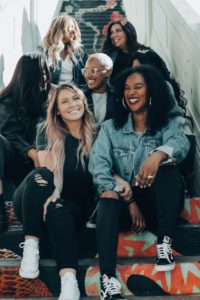 Often women who find themselves in a traditional heterosexual relationship take on more of the emotional labor than their male counterpart. Some may argue that women are able to work and provide for their families like the husbands, putting them on equal footing; yet women are often forced to take on more work with their careers and domestic responsibilities, putting them in an inferior position compared to their male partners who perform less emotional labor and are not as easily taken for granted.

A woman’s purpose in life is not defined by her ability to brew the perfect pot of coffee, spawn a child, and then die. I know that to most this sounds like such an obvious notion that women can be more than just caretakers and mothers, but this toxic ideal of what femininity is and how it is measured by others is still very much ingrained in today’s society. Even as I sit here writing this blog post, I am fighting back the urge to defend myself as to why I overfilled the coffee pot, just in case anyone reading this is, somehow, questioning my womanhood, and that is ridiculous and sad.

On some level, I did internalize what was said to me for a while, but then I remembered who I was. Growing up in a single mother household, I lived off frozen meals and as a college student, I still do 98% of the time. And you know what? They are good. The days following the coffee pot incident, I found myself cooking more than I ever had in my life just to prove to myself that I could. Plot twist: I can, but it was a lot of work, and sometimes people want to use the privilege of time on other things, and that should be okay. In fact, that is okay. Women are multifaceted. They do not need to make themselves smaller to fit whatever notion of womanhood makes someone else comfortable. In the meantime, may your coffee pot not runneth over and, please, do not force yourself fit into a box that you simply do not belong in.