Prion diseases are amongst the most terrifying of medical conditions. There are a myriad of factors that contribute to this terror. First, prions have an incubation period of years or even decades, and once symptoms manifest themselves, it is too late and the literal degradation of the brain sets in.

But what exactly is a prion? And what does it have to do with food? Good questions, dear reader. To answer the first question: a prion is a misfolded protein. That’s really all you need to know for the purpose of this post. As for the second question, one of the most well-known food-related illnesses is caused by a prion: bovine spongiform encephalopathy (BSE). This is more popularly known as mad cow disease.

BSE or mad cow disease can be transferred to humans via consumption of tainted meat. This disease is a variant of Creutzfeldt-Jakob disease (vCJD), which is not to be confused with Creutzfeldt-Jakob disease (CJD). They’re different: it’s like comparing moths to butterflies. Symptoms of vCJD include dementia, behavioral problems, and ataxia. Mad cow disease causes similar symptoms. Most notable is weight loss and ataxia. The only way to confirm a case of BSE is to perform a biopsy on a suspected cow.

Thankfully, BSE is a very rare disease. According to the USDA, there have been six cases in the United States, the first in 2003 and the last in August 2018. The USDA also notes that there are two types of BSE: classic and atypical. Classic is caused by cows being fed cow feed containing other ground-up cows, and atypical occurs spontaneously. The USDA also notes that all cases of BSE except one were atypical. 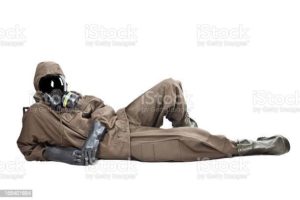 However, across the pond, that has not been the case. Throughout the 1980s and 90s, cows in Great Britain were succumbing to BSE at an alarming rate. It was in the thousands compared to the U. S.’s six cases. A prevalence of cases in Great Britain had to do with feeding practices. In the U.K., the most common cattle feed contains offal (or organ meats) from other cows, as opposed to the U.S., where we use feed made of grains. Because of these BSE-contaminated cows, the U.K. also experienced its fair share of cases of variant Creutzfeldt-Jakob disease: 177, according to a report from 2012. According to the USDA, only four people in the United States have ever gotten vCJD, and they believe these individuals got the disease from traveling overseas. As a result of this outbreak in the U.K., British beef was banned in a lot of countries. The United States issued a ban on the importation of British beef in 1996, and it was only in 2020 that the ban was lifted. There can never be too much beef, I suppose.

Another consequence of BSE is that there are certain bits of animals, such as lungs, brains, and spinal columns, that are not allowed to be sold. These bits cannot even  be used in pet food.

Despite how scary vCJD is, the chances of getting it are remarkably slim. The simplest preventative measure is to stop eating beef, which is either the easiest thing in the world or the hardest–it all depends upon one’s lifestyle choices. But in all actuality, one may eat as much beef as one chooses because the risk of eating beef that had mad cow disease, and was then slaughtered, packaged, and sold, are so minimal as to not be a concern for the average consumer. BSE is also not a unique phenomenon among species, and similar diseases infect camels, goats and sheep, deer, and domestic house cats. And variant Creutzfeldt-Jakob disease is not the only prion disease that affects people; there are a few others.

In the end, though, bovine spongiform encephalopathy or mad cow disease has captured our imagination (and impacted the beef industry) more than it has threatened human life.