*contains ending spoilers for “Over the Garden Wall*

“Over the Garden Wall” has been a Halloween tradition for me ever since it first released in 2013. A short mini-cartoon series Cartoon Network did specifically for Halloween, it’s plenty spooky and full of Halloween tropes, with living skeletons, ghosts, singing frogs, two brothers—Wirt and Greg— trying to find their way home, becoming lost and isolated in the woods, and The Beast. 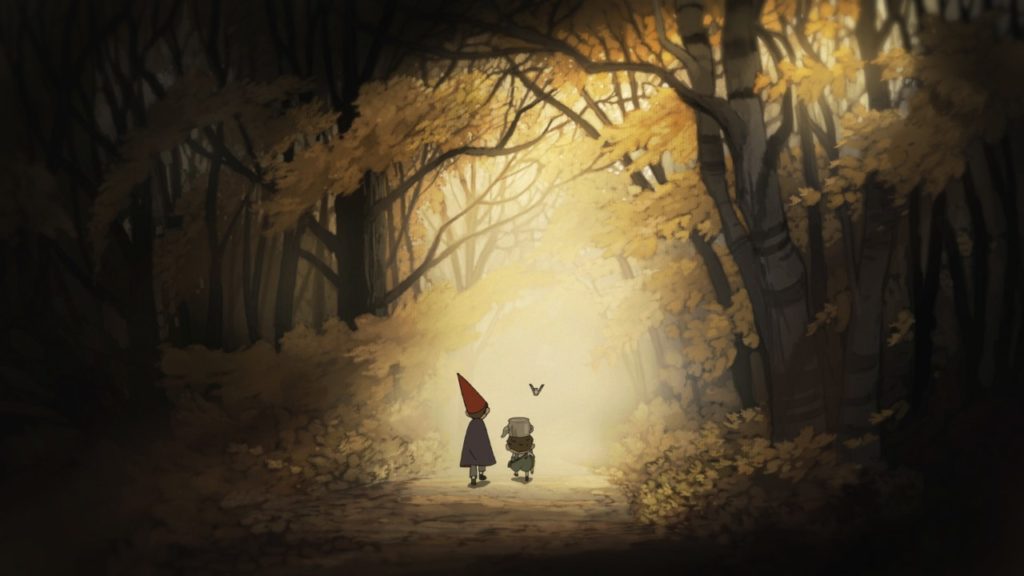 The Beast is a hulking shadow that lives in the woods of The Unknown (the place where Wirt and Greg find themselves lost), collecting spirits of lost children to use as fuel for his lantern. He remains elusive through most of the show, although all the people Wirt and Greg bump into warn them of The Beast and his spirit-snatching tendencies. What exactly is The Beast, though?

The Beast himself is a spirit—much like the ones he collects—and like most ghosts and spirits he relies on the energy of others to keep himself aflame, as he says, since The Beast is not capable of doing this himself. He needs someone else to fill of role of the lantern bearer and keep him alive, which plays into the common tropes that ghosts and spirits are not able to completely function by themselves and that they need a vessel in order to stay manifested (the lantern, in The Beast’s case). They require assistance, however willingly —or unwillingly— given, and that is what the lantern bearer does. They collect the edelwood to grind into the oil for the lantern, keeping it lit for The Beast, who isn’t capable of doing it for himself.

The Woodsman is the one who holds The Beast’s lantern though most of the show, and in the last episode Wirt is given responsibility for it for a moment when it’s accidently knocked from the Woodsman’s hands and Wirt picks it up. The Beast is a master manipulator, another common trope of ghosts, and in order to keep and motivate the current lantern bearer, he lies to them and tells them that a spirit of a loved one is the one in the lantern. He plays off their guilt of losing that loved one to get them to keep fueling the lantern. The Beast tells the Woodsman that the light is the spirit of his daughter, and for Wirt, he says it is the spirit of his brother, Greg. The Beast keeps the Woodsman isolated in the woods to keep him from learning the truth, and the action of this isolation accomplishes two things. It keeps the Woodsman in the dark about the state of his daughter (who, despite The Beast’s word, is home alive and well), and it alienates him from the other townsfolk. The townsfolk fear The Beast, and they hold the belief that “he who carries the lantern must be The Beast.” This belief immediately pegs the Woodsman as someone dangerous, and so the townsfolk stay away from him and he stays away from them. So, a cycle starts: isolation, alienation, then self-imposed isolation. The Beast is about to do the same to Wirt before Wirt questions who exactly the spirit in the lantern is. This is where we learn that it is really The Beast’s spirit, and Wirt blows it out and sends it back to the world of the dead.

The idea of spirits keeping people in isolation to feed them in seen in a few other characters in “Over the Garden Wall.” Lorna is possessed by a violent and murderous ghost, and Lorna’s aunt keeps her in a secluded house to keep the ghost from harming others. Quincy Endecott, while not haunted by a literal ghost, is haunted by the idea of one, and he barricades himself in his manor while his fear drives him halfway to madness. These two characters aren’t nearly as terrifying as The Beast, although, at first glance, they appear to be more terrifying. They are given physical bodies and appearances, while The Beast is nothing more than a shadow —the shadow in the corner of your eye, if you will. The Beast is given only a passing glance at first, but the longer Wirt and Greg, and by extension the audience, are left to think on The Beast, the scarier he becomes. He plays on the parental fears of losing one’s child, either to kidnapping or death, which you can see with the Woodsman. He uses the children’s fears of “The Scary Thing In The Dark,” the thing that can take them away (another thing we’re warned about). That’s what makes The Beast so terrifying: his ability to evoke fear in both children and adults through very similar means.

The Beast is not a traditional ghost in this sense, but he is still using the tactic of isolation to keep himself alive. And do we not see this in other ghost stories and in other haunted houses and locations? What about Jack Torrance in Stephen King’s The Shining? Elenore Vance in The Haunting of Hill House? Or even your local ghost story, warning you to never go into the woods just on the edge of town on your own?