The College of Architecture and Planning’s Lecture Series presents its first lecturer of the semester, Randy Schumacher, AIA, LEED AP, principal at CSO and a BSU Department of Architecture alumnus. Randy will discuss CSO Architects’ role in the design and leadership of the National Desert Storm and Desert Shield War Memorial.

The lecture will be held on Monday, September 12, 2022 at 4:00 p.m. in the Architecture Building lecture hall  (RM100) and is open to the public.
For more information about the lecture email caplectures@bsu.edu. 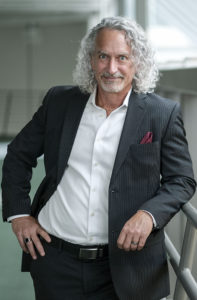 Schumacher, ’86,  is on the design team for the National Desert Storm and Desert Shield Memorial which will be constructed on the National Mall in Washington, D.C. Randy’s design portfolio is very diverse, with projects in all of CSO’s market sectors. His creativity and client-centered approach provides the opportunity for memorable designs, whether he is employing a highly innovative, modern solution or a rigorously traditional, timeless approach to building design.

Randy’s projects have received numerous design awards, including seven awards from the American Institute of Architects, as well as Building of the Year and Architect of the Year from NAIOP. He has contributed greatly to the firm since joining in 1989, which led to him becoming a principal in 2006.

Since 2012, Randy has played an integral role in the site selection, design, federal approvals, and project management for the National Desert Storm and Desert Shield War Memorial in Washington DC. His foundational design for the memorial in 2012 resonated with the board and with a wide audience of veterans, and thus was instrumental in helping to secure the memorial’s enabling legislation in the US Congress and its private seed funding for the continuation of the design effort. While the project has evolved and has added multiple design firms, Randy has continued to lead the team. On July 14 of this year, a ceremonial ground-breaking was held at the site of the memorial on the National Mall in Washington, D.C. 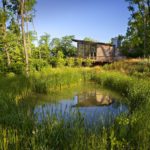 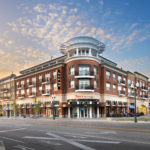 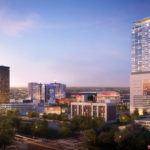 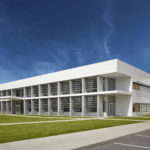