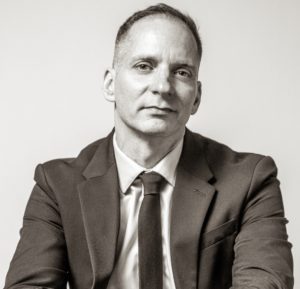 Lately I have been thinking a lot about this premise: you cannot be what you cannot see. This relates to us as people but also to our communities. It is about understanding the past, our present and how we got here, and planning for a future that does not needlessly throw away things that are of value.

The work I do is fundamentally about storytelling through the built environment, saving places that matter, finding ways to integrate the old and new, and ensuring the intangibles and soul of a community are not needlessly lost. Heritage conservation is as much about beautiful architecture as affordable housing, climate change and sustainability, and ensuring the diversity of our communities, and this legacy is honestly and fully represented in the places we choose to preserve.

I’m a planner, just a different type, as a preservationist that focuses on the conservation and heritage of a place. Rather than the government sector, I chose to do this work through nonprofit advocacy efforts with NGOs, initially for the statewide preservation organization Indiana Landmarks, then the National Trust for Historic Preservation in Philadelphia and Washington, D.C., and now the Los Angeles Conservancy. I am fortunate to have been a part of shaping the U.S. preservation movement while working at the largest local, statewide, and national preservation organizations.

While preservation is sometimes equated to the icing on the cake, as nice but not essential, that is not my experience. Despite the misconceptions, this work is not about stopping new development, rather managing change (that is, planning). Older and historic places can be sources of healing and reconciliation and have the innate ability to tell a story that needs to be heard. When you can see and touch a place that has experienced history and impacted peoples’ lives, it is powerful and can inspire. When the place in which the story happened is no longer standing, it is a loss and a form of community erasure.

I constantly draw upon my CAP experience and working with Community Based Projects, of what I learned and did not learn about planning and design. It provided me the foundation and basic understanding that led me toward acquiring what planning really looks like in practice, the politics of it, and how it plays out differently in large and small communities, hot and cold real estate markets, and across the country. Professors Linda Keys, Jim Segedy and Scott Truex are a few among many CAP folks who imparted on me the importance of truly listening to communities and hearing what residents really want and value. I use this daily.

I intersect with traditional planning often, currently serving on a Los Angeles task force to develop a new Housing Element for the city, tackling an immense challenge to provide much-needed housing of all types but especially affordable, to meet the moment now and in the next eight years. Nationally and in Los Angeles, I have led efforts to raise awareness about the harm created by teardowns and the ‘mansionization’ trend on older and historic neighborhoods, and helping to implement planning policies to manage incompatible new residential development.

Currently I’m working to press for new tools and financial incentives to help struggling legacy businesses throughout Los Angeles (now more than ever during Covid-19). These are places that anchor and give our communities and neighborhoods identity, and where people have formed meaningful connections. Helping to ensure these businesses survive is a matter of equity, economic development, and place-making.

In the last year I have also been reflecting a lot, as many are doing now, thinking about how Covid-19, Black Lives Matter, and the #metoo movement do or do not affect me directly. I’m listening, learning, and understanding in a new way how privilege can benefit some and others not at all. From a planning and heritage conservation perspective, what I did not learn or fully grasp until recently about these fields is their direct role in de jure racism. This did not just happen, it was baked into planning through zoning and racial covenants, and the destruction and displacement of our communities through urban renewal as an intentional act, policy and practice. The legacy of these actions and decades of disparity does not simply go away, as it is deeply embedded and rooted within our communities.

In the heritage conservation field we are taking a step back and rethinking how we have contributed to the structural racism that exists throughout the U.S. and practicing what we say by being antiracist. Personally I know what it means to be different and discriminated against, as a member of the LGBTQ community, but I failed to fully see it as it is and occurs on a daily basis for many others. Planning plays an important role and contributes, both positively and negatively. Acknowledgement is empowerment, and planning has the ability to rise to the moment and help reverse course in our communities, through healing and allowing communities of color to be seen and counted.

One of my projects is the Chicano Moratorium March in East Los Angeles, where we have been working to have this story and place recognized through designation and listing in the National Register of Historic Places. In 1970, Los Angeles’ predominant Chicanx/Latinx population and community stood up for its rights to demand better treatment, with thousands marching in the streets much like people are doing today. It has taken us five years to achieve this effort, as we work outside traditional preservation approaches to acknowledge this culture, march route, and heritage. Now, on the fiftieth anniversary of the march, this story about people and a place will finally be acknowledged.

For too long heritage conservation has primarily concentrated on beautiful architectural specimens and a largely wealthy, white male narrative. Thankfully that is starting to change, and this is what excites me most about my work in planning and heritage conservation today. It goes back to the premise I started with, that you cannot be what you cannot see. Until our communities fully reflect and celebrate all the cultures and stories of people and places, planning has much work to do.

Adrian Scott Fine is director of advocacy at the Los Angeles Conservatory and the Department of Urban Planning’s 2012-2013 distinguished alumnus. 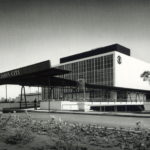 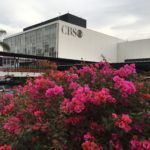 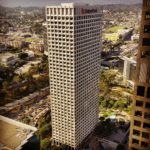 (Photos one and two) CBS Television City: the 1952 CBS Television City is the first large-scale facility designed specifically for television production in the United States. For more than six decades and counting it has been the portal by which some of America’s most beloved television shows have been produced, like The Carol Burnett Show to the life of Archie Bunker and the controversial issues of the day in All in the Family. In 2018 an agreement was reached by which the historic building and important viewsheds will be preserved while still allowing for new development for the remainder of the 25-acre property.

This story first appeared in our Alumni Voices publication which featured alumni who have applied their planning skills is unusual ways. You can read the entire issue here.