When Olon Dotson pulls up a chair and asks about your day, you get the impression he has all the time in the world. He nods encouragingly and asks questions thoughtfully, pausing to consider, reflecting.

His phone is silenced, and when an hour is up, he’ll have dozens of messages. He has two jobs, after all, and sits on umpteen committees and nonprofit boards. And then there are his mentees.

Students are drawn to this warm and thoughtful associate professor who has taught architecture classes at Ball State University for 25 years. Many say he’s a father figure and a mentor. Some say he’s the reason they made it through college.

“Olon Dotson helped me more than he thinks,” confides Esteban Leguizamo, a senior studying urban planning, who says others Olon has mentored have also in turn become mentors to him.  “I always thought I was alone before I came to this program. For the first time since my parents, my mentors said, ‘let’s go do it’, not ‘you go do it.’ I have boundless gratitude for what they have taught me.”

Impactful mentors exist across campus, perhaps in every program. Their caring and willingness to walk alongside students are common traits. In Olon’s case, he grew up steeped in a caring community with parents who were both educators and two sets of grandparents who helped form the “village” that educated him and his three siblings.

“I was lucky to have so many mentors,” he says. “One of my grandfathers, in particular, he was a cabinet maker and he taught me so many things. He really got me interested in building things.”

Olon was born in Indianapolis and spent his pre-teen and early teen years in Tulsa, climbing hills with a drawing pad, sketching the emerging skyline and studying the Art Deco buildings downtown. The pace of life was slow, and summers dripped with southern hospitality. If it sounds idyllic, it wasn’t always. The Tulsa Race Massacre destroyed 36 square blocks of his grandparents’ and great grandparents’ community. A family member was injured. Another’s house was burned down.

But the family was close and prized education. Olon graduated from Tuskegee in 1985, adding a year in Ball State’s program to earn a five-year architecture degree. An internship led to a job. He married, and a daughter was born. He moved his family to New York and studied real estate development at Columbia University. Then, due to a family illness, he moved back to Indiana and began rebuilding the business of a family member, the late architect Clyde E. Woods. Soon he and a business partner were constructing inner-city revitalization initiatives throughout Indiana and across the country. He had more work than time, but teaching had always appealed, and when the offer to lead a studio class at Ball State came, he couldn’t say no. 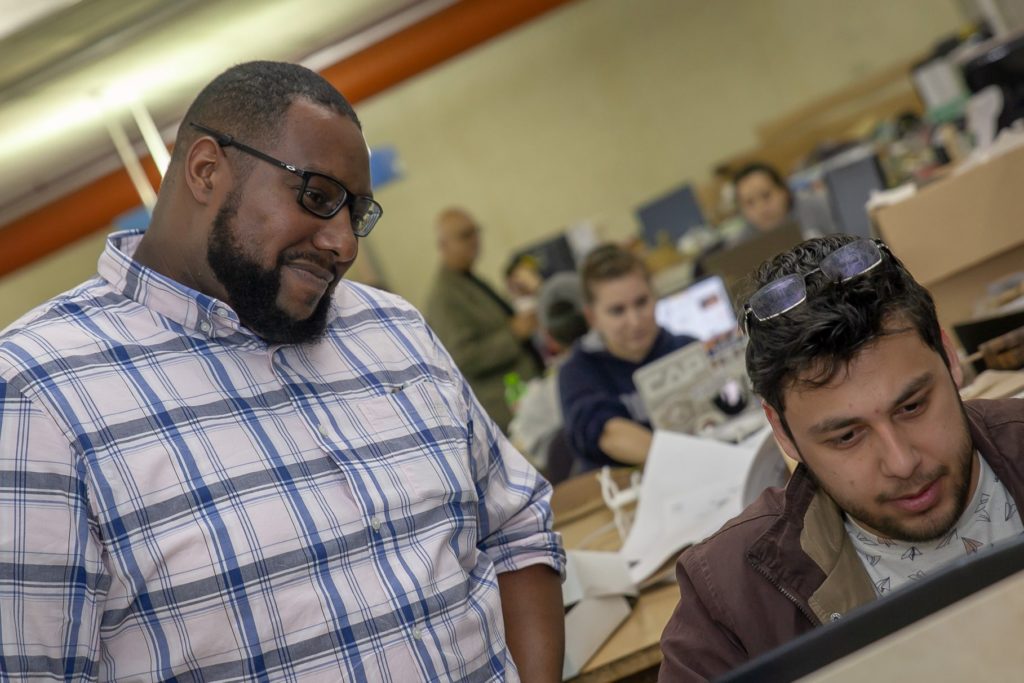 It was on a job site, though, not in a classroom, where he met one of his first protégées. Emile Dixon was 12 years old and visiting his father, a construction worker from Jamaica working in the U.S. Emile spoke with a thick accent but made it clear he wanted to be an architect. And that he liked fishing. So Olon rented a boat, tucked Emile and daughter Chloe, who was also 12, into the car, and off they went for the first of many adventures.

“When you’re African American, Emile says that kind of advocacy makes all the difference for students of color, many of whom graduated from high schools that lacked strong college prep programs. Having someone advocating for you at all turns makes a helluva difference,” he says.

Money is another struggle for many families of color. Emile lived with Olon’s family during his undergraduate career, but even then money was a problem. “Every semester, I had late fees and trouble registering for classes. My GPA didn’t reflect my understanding because I was working three jobs.”

When Emile didn’t make the cut for Ball State’s graduate degree, Olon called his former mentor, Richard Dozier, who referred the pair to Florida A & M which he thought would admit Emile if the admissions application made it there the next day. Emile had $68 to his name. The application required a $50 check, and the fee to overnight it was $14. Classes started in two days, and Olon persuaded Emile to start driving south. He even lined up a friend to provide an evening meal and lodging along the route.  In Florida, Olon’s friend found students with a couch to lend for the newcomer. On Monday morning, Emile showed up for class, fingers crossed. Once again, by the skin of his teeth, he was on track to earn a degree. That graduate degree led to an offer to teach at Tuskegee University, an offer extended by Dozier himself.

Today Emile teaches the third-year design studio at Ball State and works as an architect at RG Collaborative in Indianapolis.

“Olon’s been that bright light, that lantern in the night, for students who need that,” he says. 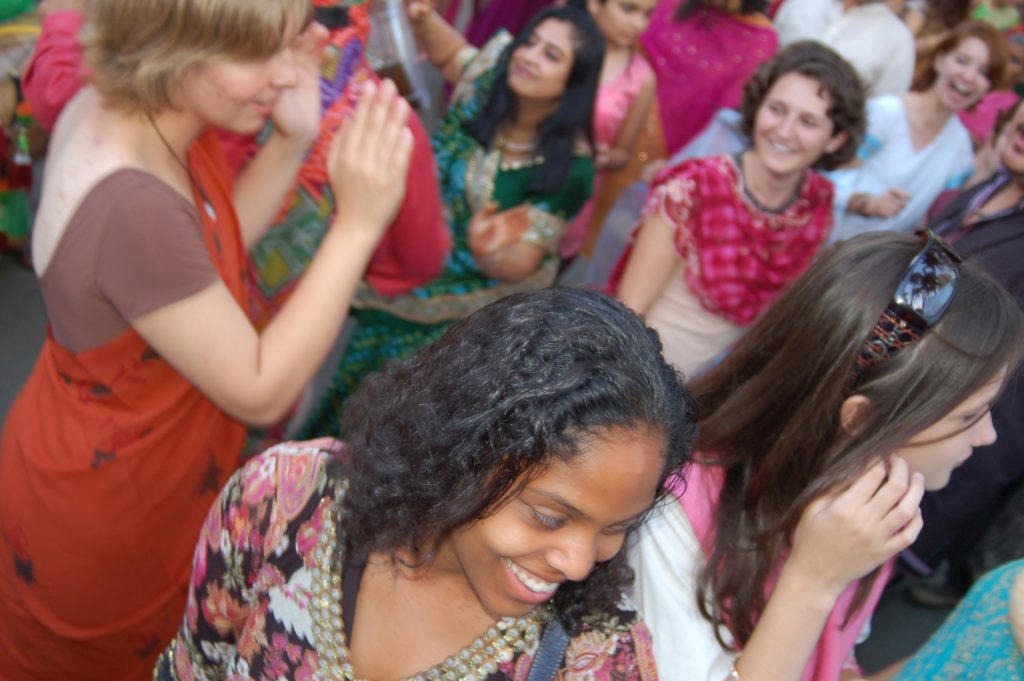 Brittany Rasdall thought about quitting. She was one of two black students in her cohort and felt misunderstood and alone. To add to her misery, she didn’t understand the textbook in her building technology class. Olon wasn’t the instructor in that class, but he picked up on her frustration and asked how she was doing.

After listening to her confusion, Olon knew how to help. He took her to Millennium Place, a housing development that he had designed that was under construction at the time on Muncie’s south side. There he showed her how the things she was reading about in the textbook were incorporated into the construction of a house.

“He went above and beyond to make sure that I really understood the material,” she recalls. From then on, she felt a sense of purpose. “He really helped me to see a deeper meaning to architecture. Design aesthetics is not everything. He stressed the importance of how quality design affects the people we are designing for. He always stressed the impact of design on community.”

Like Emile, Brittany traveled with Olon and other students on the Midwest distress tours, meeting people, including those who lived in failed public housing projects like the Robert Ta
ylor Homes on Chicago’s south side. “He helped us to understand how discriminatory housing policies, social and economic injustices, and design failures contributed to the unfortunate downfall of many communities,” she says, “and introduced us to residents and activists who were working on the ground to bring about positive changes in these same communities, highlighting the importance and value of neighborhood allies.”

While Brittany was in graduate school, her father and step-mother died. Olon and another architecture professor, Wes Janz, stepped up to make sure she felt supported and cared for during those difficult days.

“Olon is more than just a mentor, he’s more like a father figure to me,” Brittany says. “He’s someone I can trust. He’s opened my eyes to so many things, and he’s my go-to person for career advice because of his honesty and wealth of experience. When I decided to work for a community development corporation, he was the first person I talked to. When I took a year to teach architecture at Tuskegee University, he was the type of teacher that I strived to be.”

While teaching fulltime, engaging in private practice, and mentoring students, Olon somehow found time to return to school himself, developing what he terms Fourth World Theory – the disparity between those who have full access to the pursuit of happiness and those who do not — and earning a PhD from Purdue University in 2019. He also helped son Lyle work through the trauma and the legalities of being wrongly arrested and jailed by police in New Orleans during a Ball State field trip. The discrimination and injustice students of color often face is one reason he pours so much of his time into caring for CAP students, serving as advisor to Ball State’s student chapter of NOMAS, the National Organization for Minority Architects. He also remarried, to Susan Hall, coordinator of African American history at the Indiana Historical Society; the two met at a conference where both were presenting and struck up a conversation about Olon’s Fourth World Theory.

Despite all of that busyness, Olon sees mentoring as a moral imperative. When asked to explain, he draws on his research.

“It is becoming increasingly apparent to everyone with open minds and open eyes, that we reside in a declining, post-developing, Fourth World Nation,” he begins. “Considering the challenges faced in this increasingly troubled society, I am compelled to help others in any way I can. I do not have a choice in the matter. Frankly, we do not have a choice. I sincerely hope that a greater segment of our society comes to this realization before it is too late — if it is not too late.”