Fran E. Schroeder, a native of Indianapolis, was a well-known architect, some might even consider him to be one of the Hoosier greats!  Throughout his career, he worked for Pierre and Wright who were among one of the state’s finest firms, and later for the firm McGuire & Shook before founding his own firm.

The drawings are from the office of Fran E. Schroeder and Associates and consist of houses, churches, and schools mostly for sites in Indianapolis and the surrounding areas.

Additional photographs and reference items were taken of buildings designed by the firms Pierre & Wright and McGuire & Shook. Among the buildings represented are the Milo Stuart Memorial Building at Arsenal Technical High School, the Indiana State Library and Historical Building, and Fendrick’s Restaurant at Union Station, Indianapolis.

Let your fingers do the walking and visit the designs of this talented architect in our online digital collection. 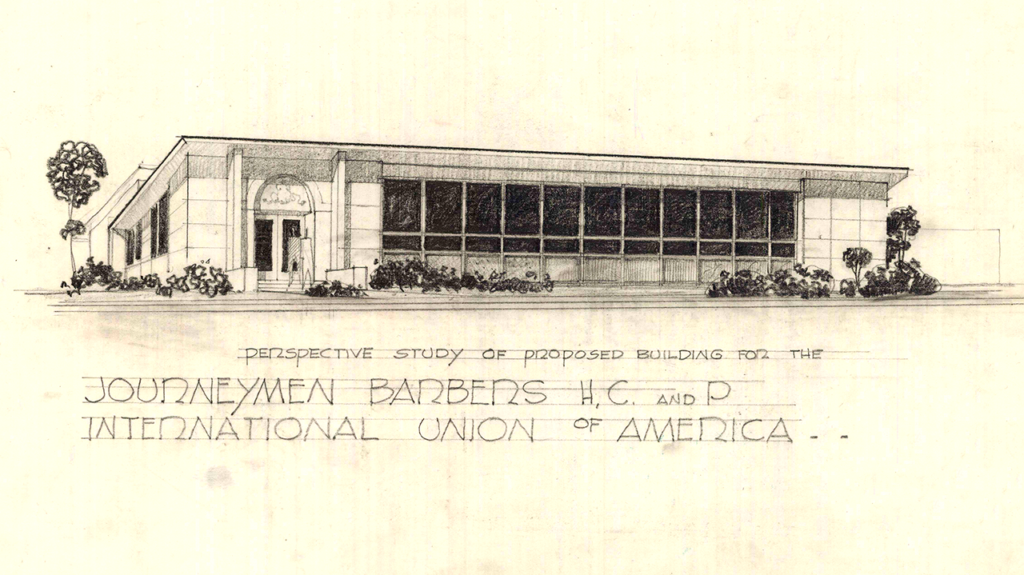 Fran (Francis) E. Schroeder (1908-1988) was a native of Indianapolis, and attended Butler and Purdue Universities and the Beaux Arts School of Design in New York.

From 1929 to 1940 he was employed by Pierre & Wright, Architects, in Indianapolis. During World War II, he was resident architect for the Curtis-Wright Corporation.

Later he joined the McGuire & Shook firm after the war and remained there until 1950, when he founded Fran E. Schroeder and Associates, Architects.

Schroeder was a charter member of the Indianapolis chapter of the Construction Specifications Institute (CSI), Vice President in 1961, and President for two terms (1962-1964). He was active in the American Institute of Architects, the Indiana Society of Architects serving as Director, 1959-60, and Secretary, 1960-61, the Construction League of Indianapolis, the Marion County Electrical Registration Board, and the Knights of Columbus.  Schroeder also served 14 years as a Director and as Design Chairman of the Indianapolis Christmas Committee.

The Fran E. Schroeder Architectural Records were received by Drawings + Documents Archive as a donation from Lilly E. Torres and Donald Wayne Torres Schroeder (Fran’s son) in 1997 and 2005.

About the Drawings and Documents Archive

To learn more about the collections of the Drawings and Documents Archive, please visit the webpage to gain access to a project database with over 15,000 projects listed, find an overview of collections, and view other digital collections. The Drawings and Documents Archive is part of the Archives and Special Collections unit of the University Libraries and is managed as a collaborative effort between Ball State University Libraries and the Estopinal College of Architecture and Planning. It is currently celebrating 52 years of preserving, advocating, and disseminating items that document the cultural heritage of Indiana and fuel community revitalization efforts.

A special thanks to the Metadata and Digital Initiatives Department of Ball State University Libraries’ for their part in the scanning and creation of the online digital collection.