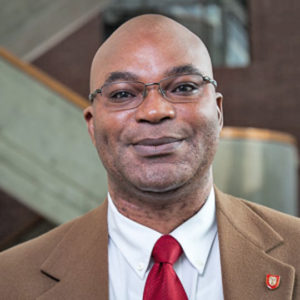 The environment and public health have always been closely linked. Miasma was the leading explanation of disease in ancient times. Hence, the dictum, cleanliness is next to godliness. Advancement in science led to the discovery of microbial pathogens such as bacteria and viruses that cause infection. Such discoveries played an enormous role in improving both public health and how diseases are treated, but they also weakened the public’s understanding of the link between the environment and health.

In the early 20th century there was a recognition that poor housing, overcrowding, inadequate ventilation, and poor sanitation contributed to the spread of infectious diseases such as cholera and typhoid. Urban planning as a profession came into being at this time to use environmental determinism to decrease disease and improve the public welfare.

The German model of districting — that is, separating incompatible land uses — was imported to the U.S. with more stringent rigor. Land-use zoning, as it came to be called, was given constitutional legitimacy by the Supreme Court in 1926 in the Village of Euclid, Ohio v. Ambler Realty, Co. New York City enacted the tenement housing law in 1901 to decrease overcrowding and to regulate building construction. Central Park, was built in part to provide an opportunity for positive pastimes for city residents and to serve as the lungs of the city. The Chicago World’s Fair educated and enlightened civic leaders about the benefits of well laid out cities and how to decongest and improve conditions in the industrial city.

COVID-19 forces us to reflect on space and place, contact and separation. The word quarantine, after all, is derived from a 14th-century practice that requires ships from infected locations to remain at shore for 40 days before disembarking. So how will our current response to COVID-19, informed by ancient wisdom, impact cities and how we live?

First, the pandemic re-establishes the strong link between the environment, urban planning, and public health, and this will have the effect of decreasing the public’s resistance to planning regulations. Density and occupancy standards, building codes, minimum building setback requirements, separation of nuisance activities and other land use regulations all evolved because of the need to protect public health. This has often not been understood or appreciated by the public.

Speaking of land-use segregation, COVID-19 will likely contribute to a greater acceptance of mixed uses in residential neighborhoods. The pandemic necessitated a retooling of business practices and a disassembling of workspace. In doing so it compelled us to re-examine the wisdom of Euclidean zoning and the strict separation of land uses.

While performance standards in Europe are used to determine if land uses can coexist in the same neighborhood, this has not been the practice in the U.S. Thus it is rare to find restaurants or professional offices in residential neighborhoods since these are deemed commercial uses, requiring a distinct location. In a time of COVID-19, we are finding that the home-based office worker causes no pollution and doesn’t generate traffic, and the pizza joint that serves takeout customers may coexist in a residential neighborhood without disturbing the tranquility of the neighborhood. Radical rewriting of some zoning laws such as eliminating single-family zoning is already taking place in cities such as Minneapolis; more of such changes may be in the works.

COVID-19 will also make it easier for cities to gain public support for infrastructure investments to create public spaces such as parks, plazas, trails, and sidewalks not only at the city-wide level but at the neighborhood level. In this time of social distancing and self-isolation, city residents are gravitating to public spaces to seek fresh air, exercise, and commune with nature to escape the boredom of home quarantines. In the past, open spaces played an equally important role in disasters such as the San Francisco earthquake, where residents gathered in such places to get away from buildings and other structures that became death traps following the earthquake. More of such amenities need to be provided in cities and will be more readily welcome given our experience in coping with COVID-19.

Unimaginable as this may seem, and as tragic as COVID-19 has been, in the long term there will likely be a COVID-19 dividend. When it’s over, both the public and private sectors would have learned lessons in telecommuting, a form of involuntary social experimentation in “work from home.” Consequently, employers will allow more of their employees to work from home than they did before the pandemic. This will have the effect of decreasing traffic volumes and commute times. It may even make roads safer and extend their useful lives. Governments may thus have more money to invest in providing and improving pedestrian infrastructure and other municipal services that were crowded out by road improvements.

COVID-19 may lead to a radical transformation of higher education. Since all universities have had to use online instruction for delivering courses, the process is convincing reluctant professors and higher education accrediting bodies of its effectiveness. What this means is that higher education can become footloose.

This has consequences for universities and the wealth of cities. Students can be freed to take a smorgasbord of courses from different universities to receive a skills-based certification. The required skills for each certification can be established by a state agency such as ICHE but it will be left to each student to decide how they accomplish these requirements. The certificate may then be given by the institution from which a student takes the most classes or directly by the state agency of higher education. This will introduce competition into higher education that has never been seen before, a form of charter school reform for higher education. This will also impact the fortunes of cities as students will likely choose to live in amenity-rich locations, and amenity-deficit cities will suffer further population decline.

Lastly, COVID-19 is revealing the limits of rugged individualism and laying bare the classic economic case of the tragedy of the commons. As an example, in a self-seeking effort to protect ourselves from the illness, we rushed to buy hand sanitizers and emptied the shelves. But if our neighbors can’t get any, we will not be any safer from the illness because they can infect us when they fall ill. We are reminded by the pandemic that we are all highly interconnected, not only with our fellow human beings in distant places, but with other species as well. The lasting lesson of COVID-19 is that we are our brothers’ keepers.

Republished with the permission of Michael A. Burayidi.