Though small of stature, with huge heart and determination, Jude Irving helped build London’s Olympic Village. Jude, BSED ’98, is a small person with a gigantic story.

The Ball State Cardinal and former design consultant was born with physical and learning disadvantages so significant that many people would have crumbled under the weight. Instead, like a power-lifter, shouldering those burdens only made Jude stronger.

Jude was born in Clinton, Indiana, with diastrophic dysplasia, a genetic skeletal disorder that leads to short stature and disproportionately short limbs. Later, doctors diagnosed her with dyslexia and attention-deficit disorder.

By 12, though, Jude was determined not to be limited by her circumstances. She wanted to become an architect, inspired to build by her uncle, a construction worker.

Jude graduated from CAP in 1998 with a Bachelor’s of Science in Environmental Design. As a sophomore, she traveled to England as part of a semester-long CAP PolyArk tour and fell in love with the country. After college, she moved there and became a leading expert on accessibility and inclusive design.

As a consultant with Buro Happold Engineers, she helped with the design of the Grand Egyptian Museum in Egypt and the Royal Shakespeare Theater in Stratford-upon-Avon.

She even helped the team developing London’s 2012 Olympic Park Master Plan, making sure the park met accessibility standards and that it could meet the needs of athletes in the 2012 Paralympics, hosted on the same site three weeks after the Olympics.

“I was in awe that I was part of it,” she said. “This little small-town girl.” 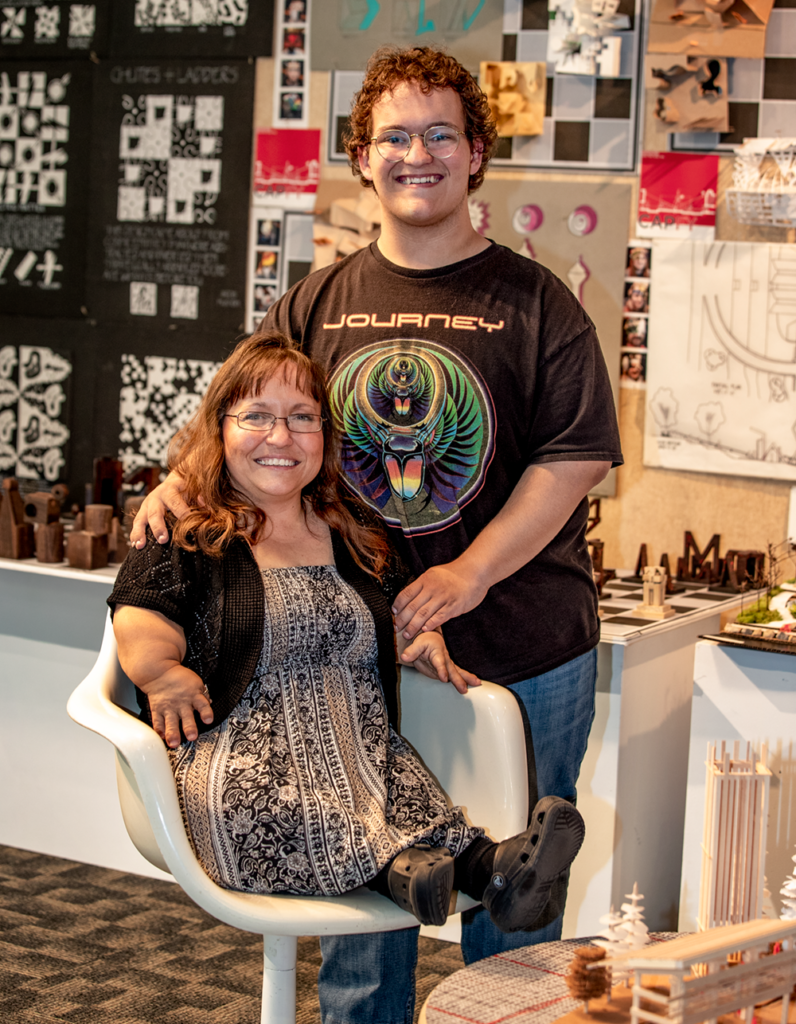 After a successful design career in England, Jude felt a need for change and moved back to Indiana. In 2010 she earned a bachelor’s degree in art education from Indiana State University. Since then, she has been teaching art education at schools in Vigo and Parke counties.

Architecture is a large part of her curriculum.

“I want them to understand the need to be creative in so many professions,” she said. “Being an artist is more than being a painter or a sculptor. You can be an architect and be an artist. Otherwise, we’d live in caves. Everything around you is designed by an artist. I try to ingrain that in the students.”

This fall, her son, Kristian, will begin school at the College of Architecture and Planning at Ball State. He, too, is pursuing an architecture degree.

“It humbles me,” she said. “I didn’t realize I had been that big of an influence on him.”