On Wednesday, December 7, from 3-4 p.m. in TC 1008, Dr. Sheron Fraser-Burgess will be kicking off the 2022-2023 Teachers College Dean’s Lecture Series with her sabbatical presentation: “Research Excursions in Black Liberatory Education: Through a Womanist Consciousness in Democracy.”

Dr. Fraser-Burgess has an extensive background in philosophy, having obtained a Master of Arts in philosophy in 2000, and a PhD in philosophy in 2005, both from the University of Miami. During her doctoral work, she looked for an alternative to the idealized logics of Euro-centric, and Anglo-American systems of thought. She was interested in the idea that Socrates put forward that the unexamined life is not worth living, but to her, it didn’t seem as if all the examiners counted.

Dr. Fraser-Burgess began to seek an alternative to the giants of Western intellectual thought, like Immanuel Kant and John Locke. She, along with two African American students in her doctoral cohort, went on a journey of discovery that led them to womanism.

In a webinar she participated in at the Wellesley Centers for Women, Dr. Fraser-Burgess explained what drew her to become a student of womanist ideas. “I began to examine the womanist theological ethics as a counterpart to normative philosophical ethics and was just captivated by the counterpart logic that was in womanist theological ethics that centered the Black woman’s experience as a kind of a normative moral problem for which solutions would engage a more equitable basis of morality and value.”

Womanism, as an intellectual, social, and cultural movement, grew out of Black women’s recognition of a culturally distinct approach to thinking about social problems. It has deep roots in a historical consciousness of freedom that is a through line in the Black experience and particularly in Black education. This sabbatical research was a meta-disciplinary project that drew on interpolations of womanism in the extant literature as the basis for a fall visiting scholar role at Wellesley Centers for Women and empirical, historical, and theoretical/conceptual scholarship in theorizing Black liberatory education in a multiracial/multiethnic democratic society. 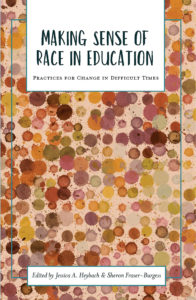 Sheron Fraser-Burgess is Professor of Social Foundations/Multicultural Education at Ball State University. Her research areas are at the intersection of democracy, K-12 education, and identity group membership with a focus on the meaning of the embodied subject, particularly as Womanist, citizenship, and teacher praxis.

She explores a cluster of related political, ontological, and epistemological questions in the context of schools as deliberative and inclusive spaces. A normative presupposition of her work is that a democratic society rightly gives pride of place to diversity, critical thinking, and equality of opportunity.

Dr. Fraser-Burgess has published in journals such as The Pluralist, Journal of Thought, Educational Philosophy and Theory, Educational Theory, and Educational Studies. She is co-editor with Jessica Heybach of the book, Making Sense of Race in Education: Practices for Change in Difficult Times, with Myers Press.

She has also edited an anthology for social foundations courses, Society as school context: In the mindset of emergent teacher and democratic subject. Together with other collaborators, Dr. Fraser-Burgess currently has edited handbooks under contract on the topics of Ethics and Education and Caribbean and African Studies in Education. In her professional affiliations, she is an executive board member-at-large of the American Educational Studies Association, co-chairperson of the Caribbean and African Studies in Education special interest group of the American Educational Research Association, and an associate editor with both the Journal of the Philosophy of Education of Great Britain and Educational Theory. She is also on the editorial board of Educational Theory. 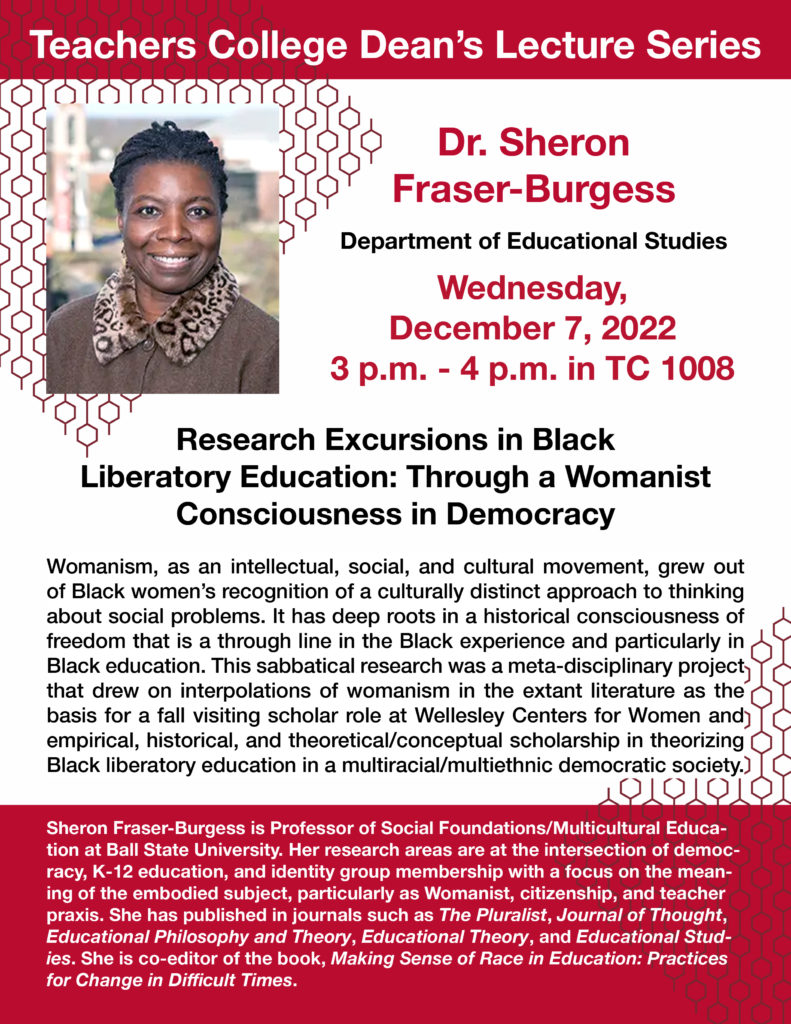