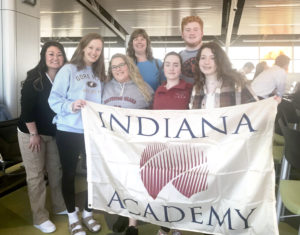 Since 2006, the Indiana Academy for Science, Mathematics, and Humanities has a participated in an international exchange program with Sankt Afra, a boarding school for high ability students located in Meissen, Germany. After a pause during the pandemic, the exchange program started up again this year with Sankt Afra sending two faculty members and four students to the Academy from September 19-29. 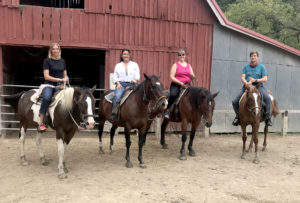 While at the Academy, Sankt Afra students stayed in the Wagoner residence hall alongside Academy students, and were paired with student hosts. These student hosts arranged to take the German students to their hometowns for a weekend experience. 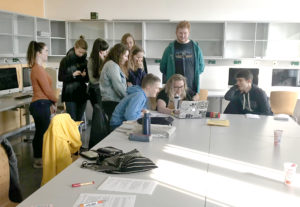 While at the Academy, the Sankt Afra faculty had classroom observations and the students attended classes. They also spent time outside of the classroom attending events and seeing local attractions with Academy faculty and students. 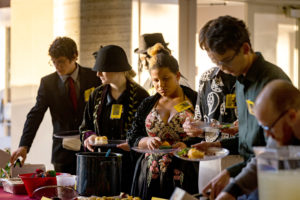 A key part of the exchange experience each year is a collaborative project. Teachers in similar content areas at each school work together to create a project that the students complete together during the exchange. The results of the projects are then presented to the wider school community. 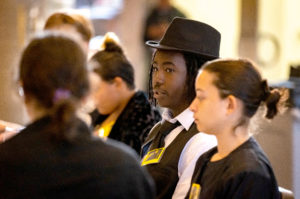 One past project consisted of a dive into modern languages. Students from several different language classes looked at how meaning is changed in translation of various language.

Another project involved an investigation into bio-ethics where students looked at the presence of microbeads in the environment. Their investigation included a trip to a water treatment plant and to the White River to study the impact of microbeads and how to mitigate any harmful effects. 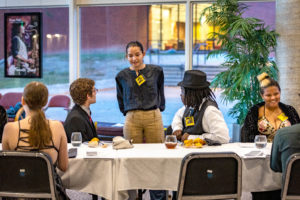 For the collaborative project this year, students participated in the Academy’s annual Harlem Renaissance party on September 28. This event is part of the African American Literature class taught by Stephanie Nagelkirk, an English instructor at the Academy and the coordinator for the German exchange program since 2007. 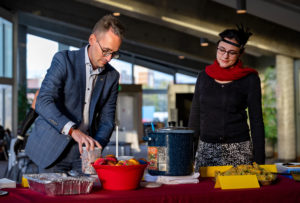 Students attended the event in costume as a historic figure from the Harlem Rennaissance period. After in depth research, each student participated in unscripted dinner conversations with their contemporaries in character, while eating authentic soul food they prepared. 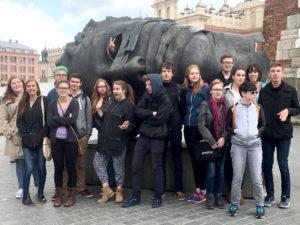 In March 2023, over the Academy’s spring break and the week following, several Academy administrators, faculty, and students will travel to Sankt Afra for the second half of the exchange. While there, Academy students will live in the school’s dorm. During the weekends, students will stay with a host family to have a broader cultural experience. 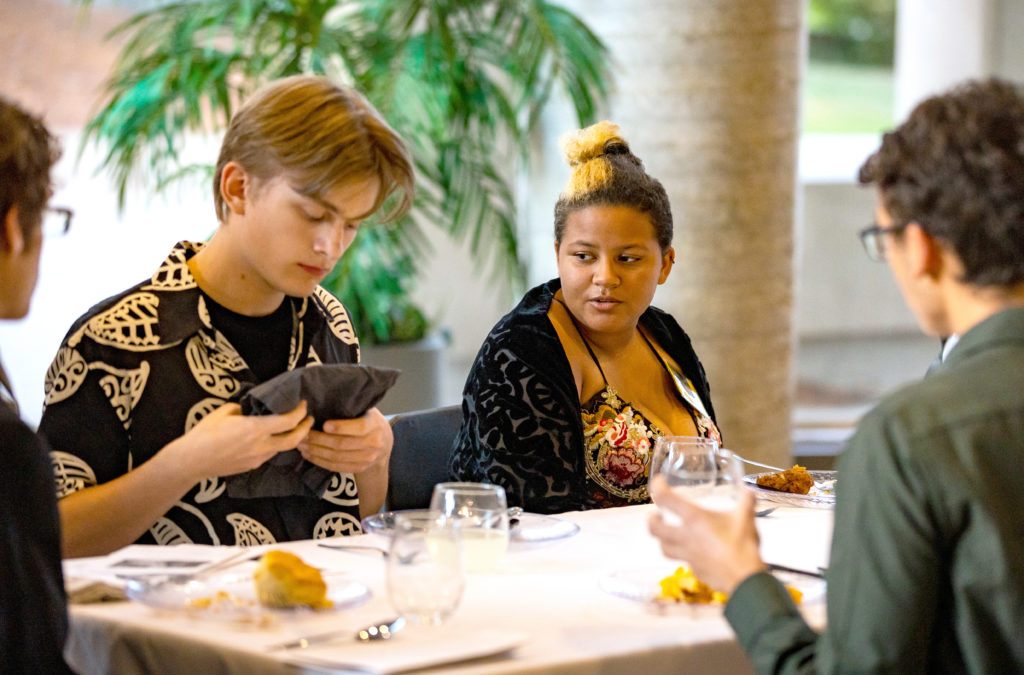 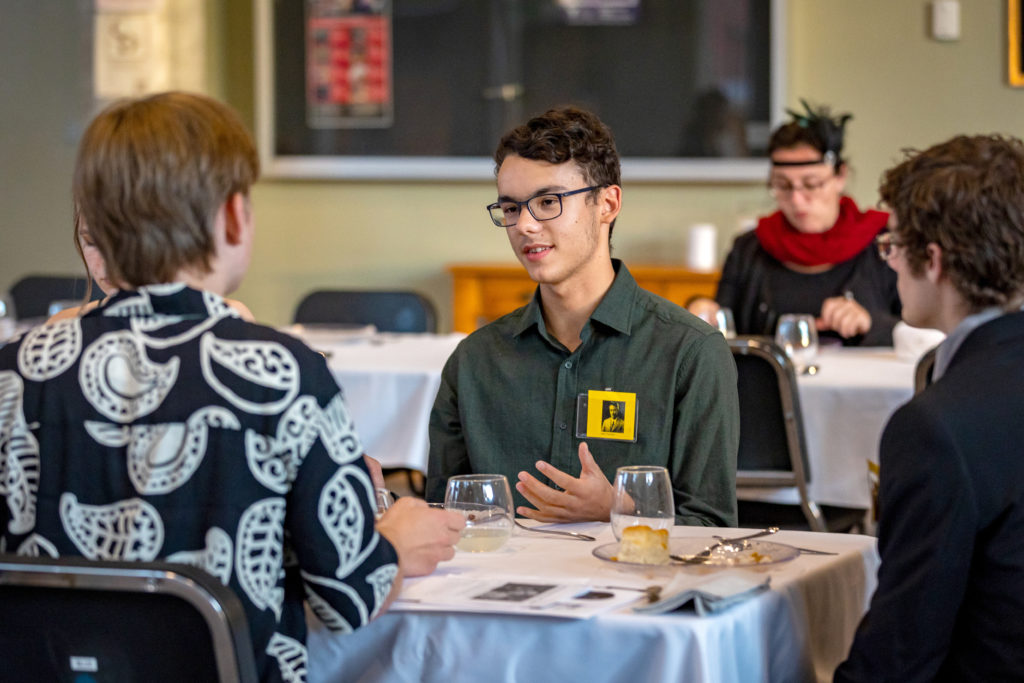 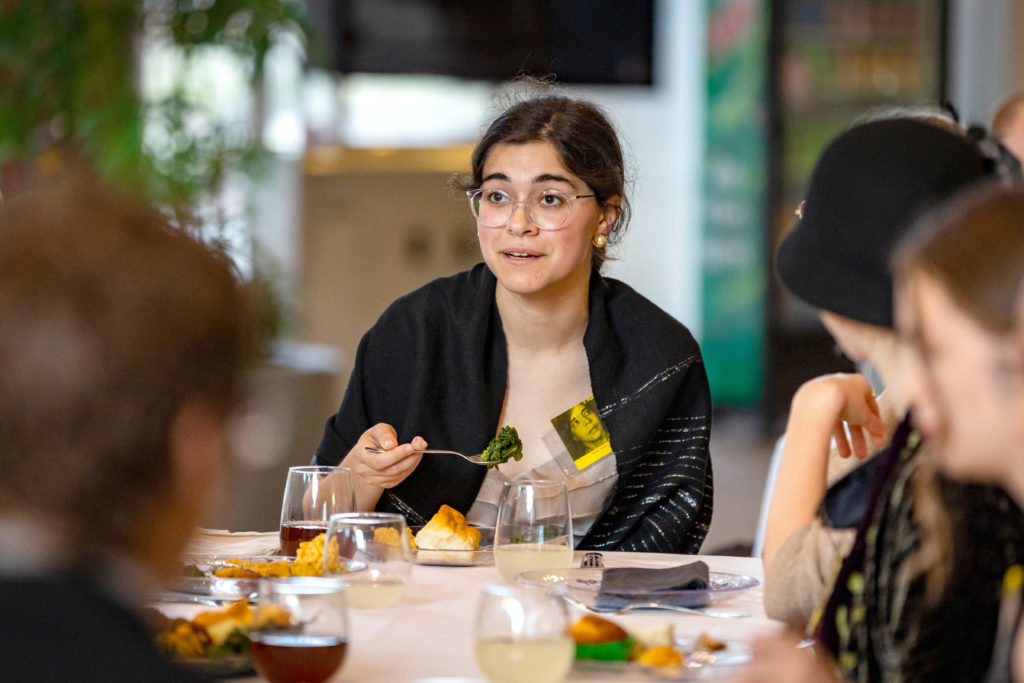 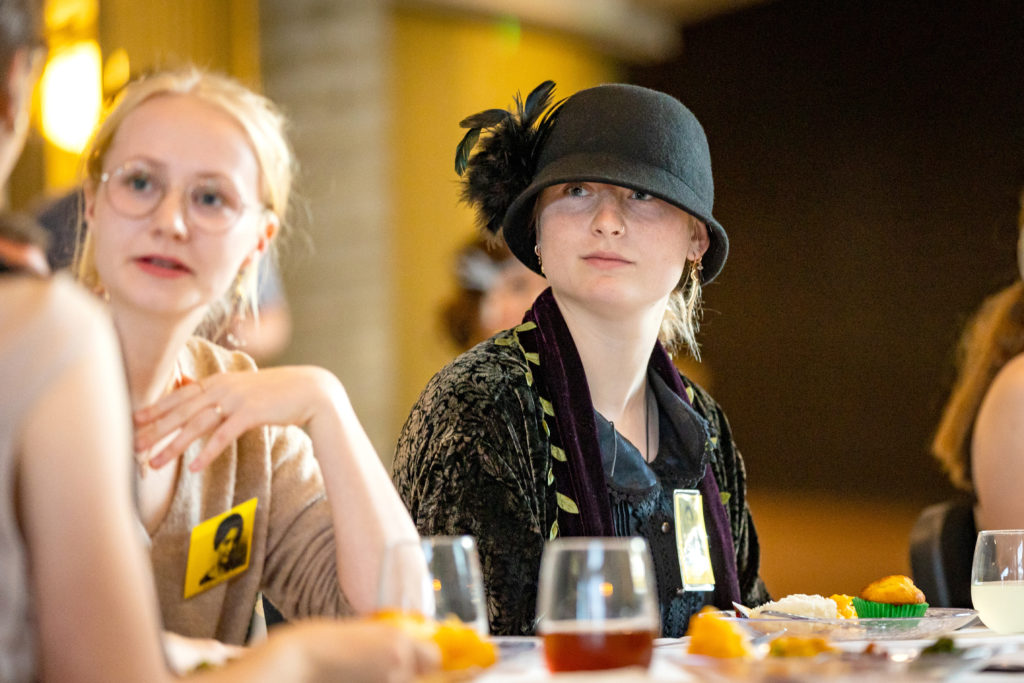 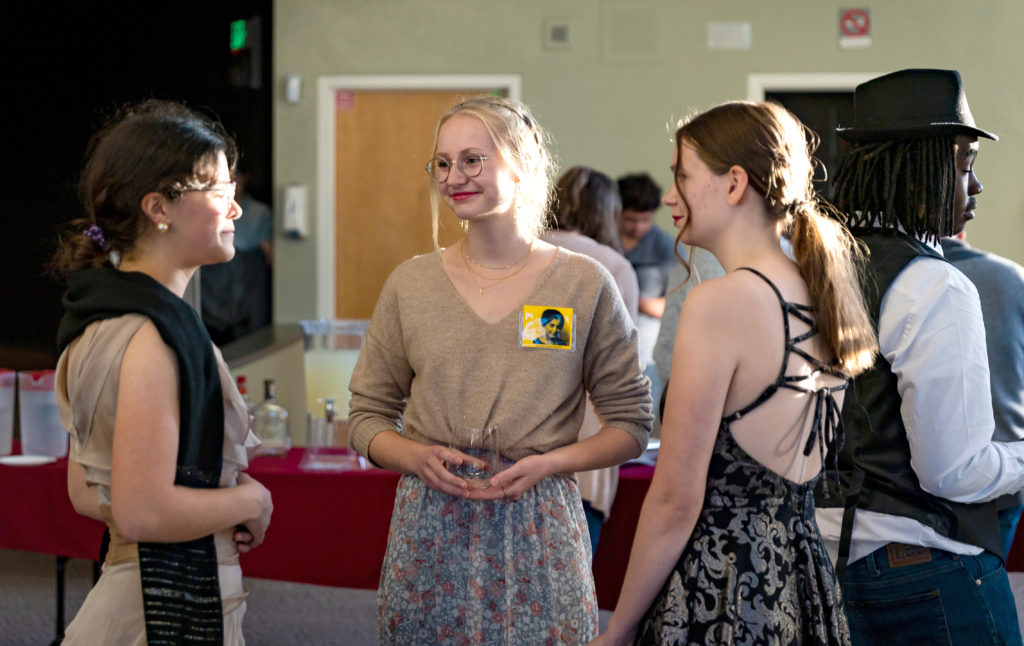 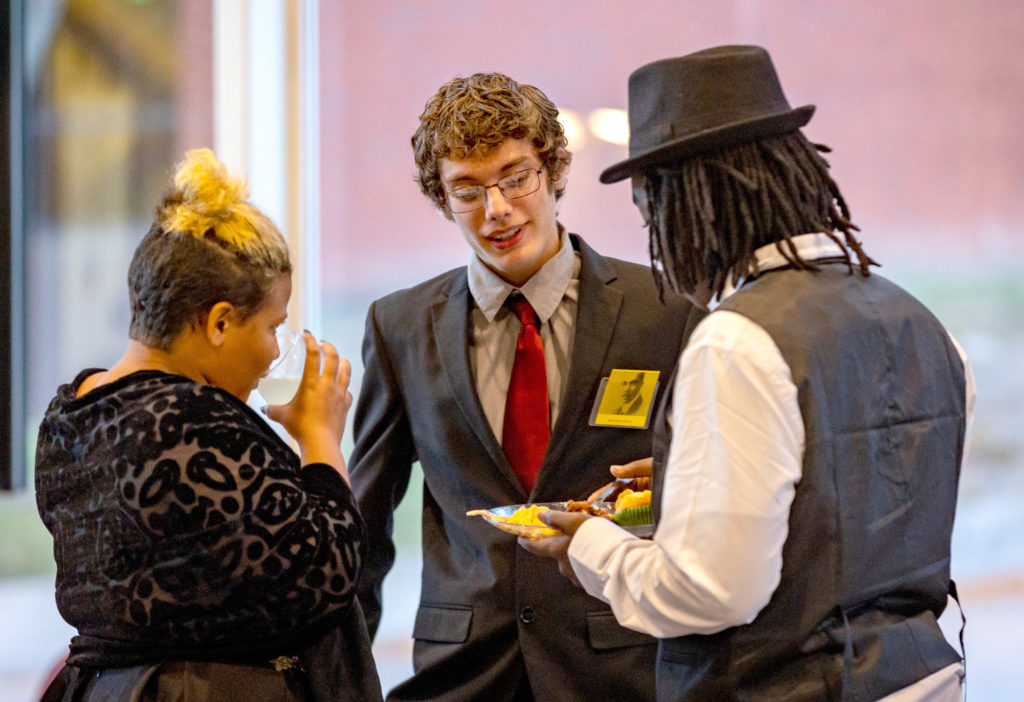 Photos of the program from previous years: 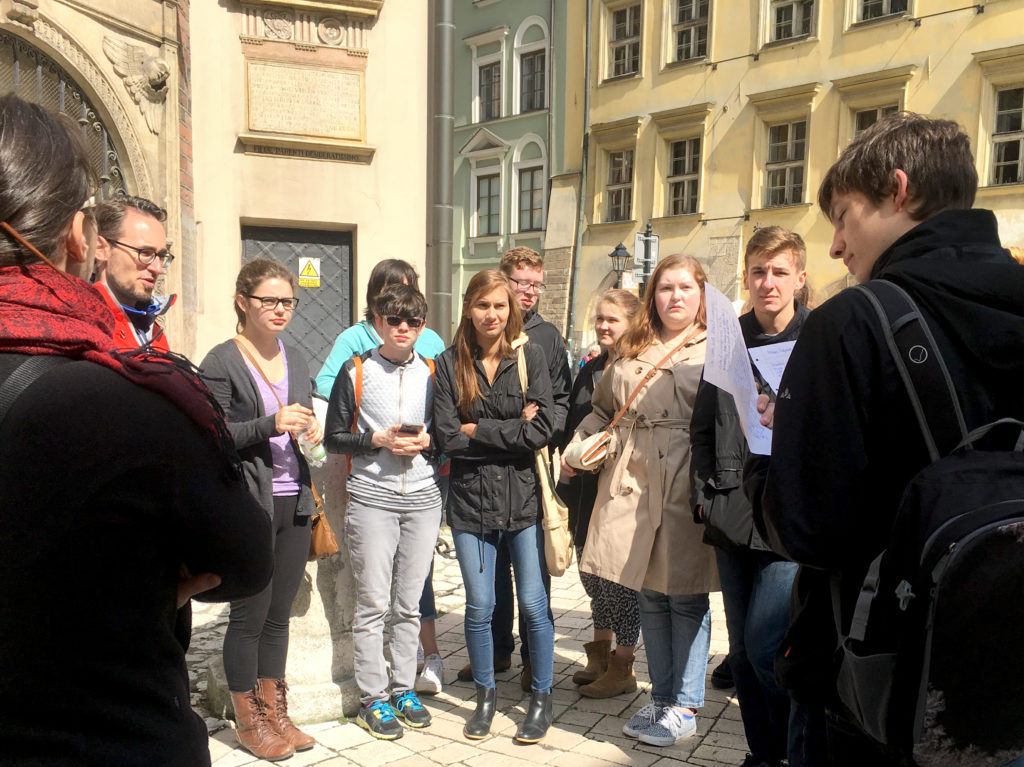 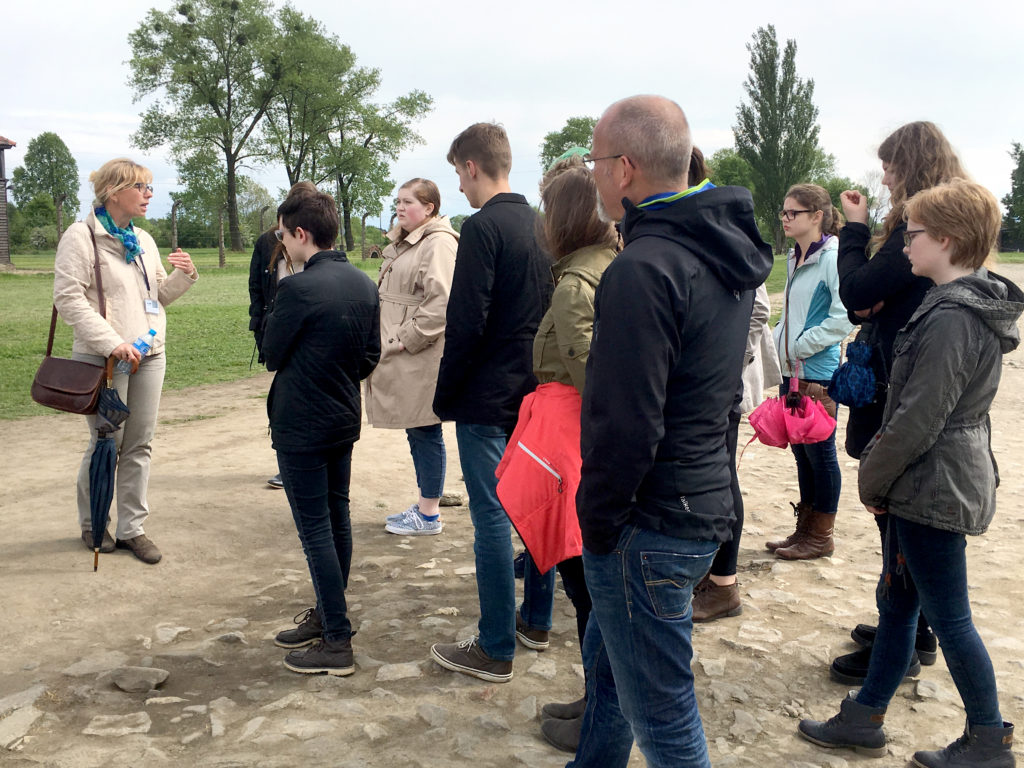 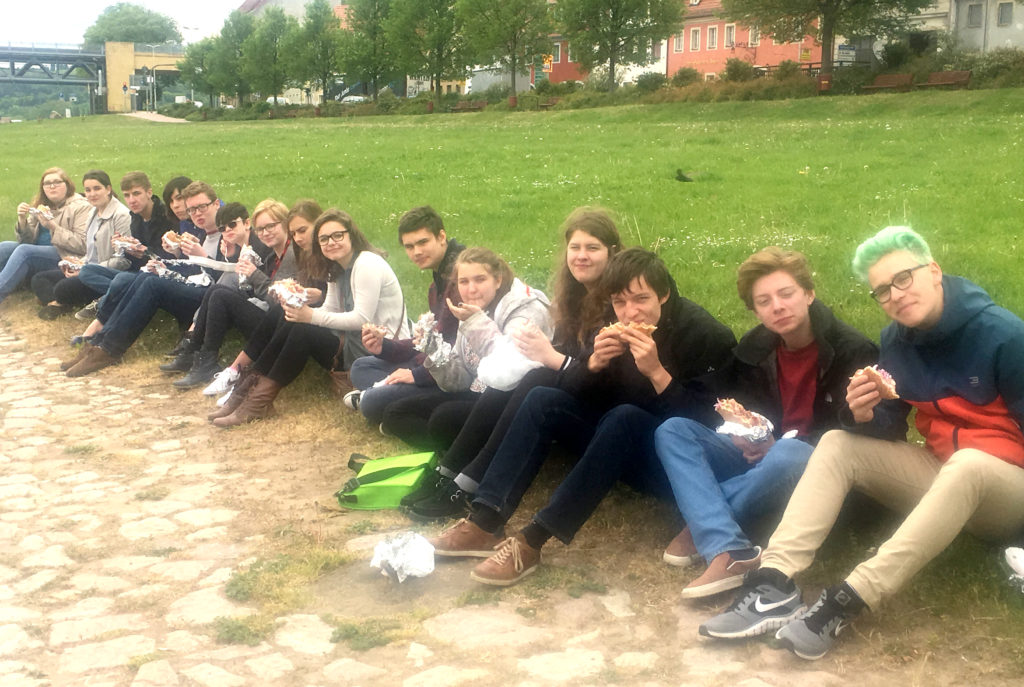 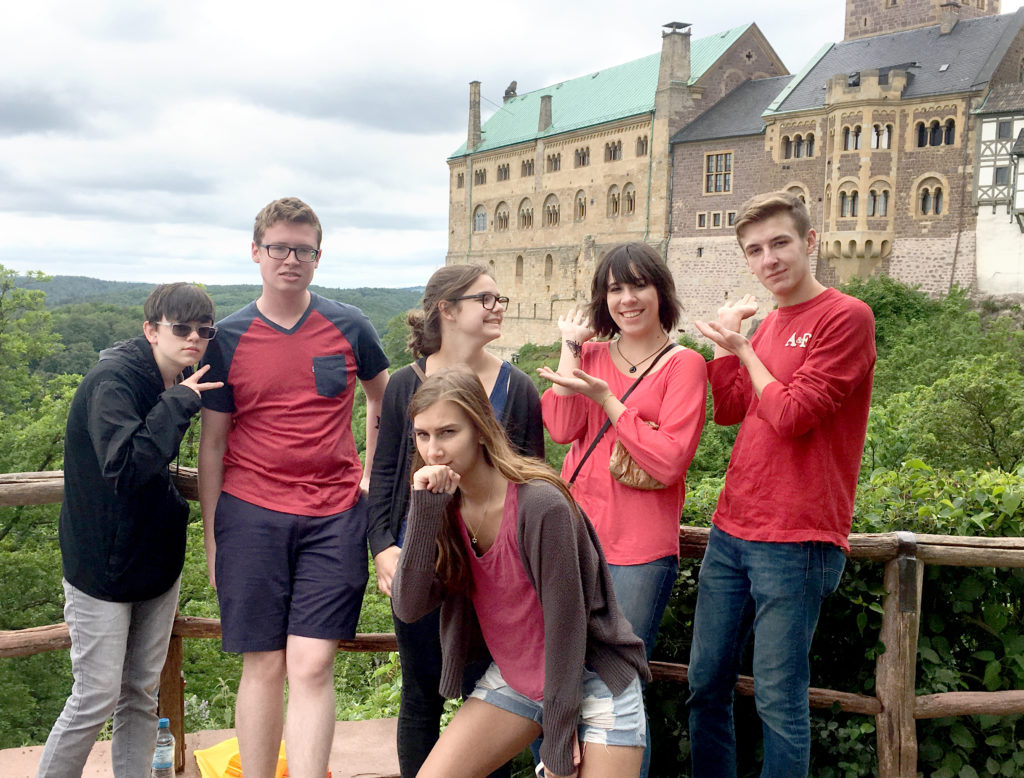 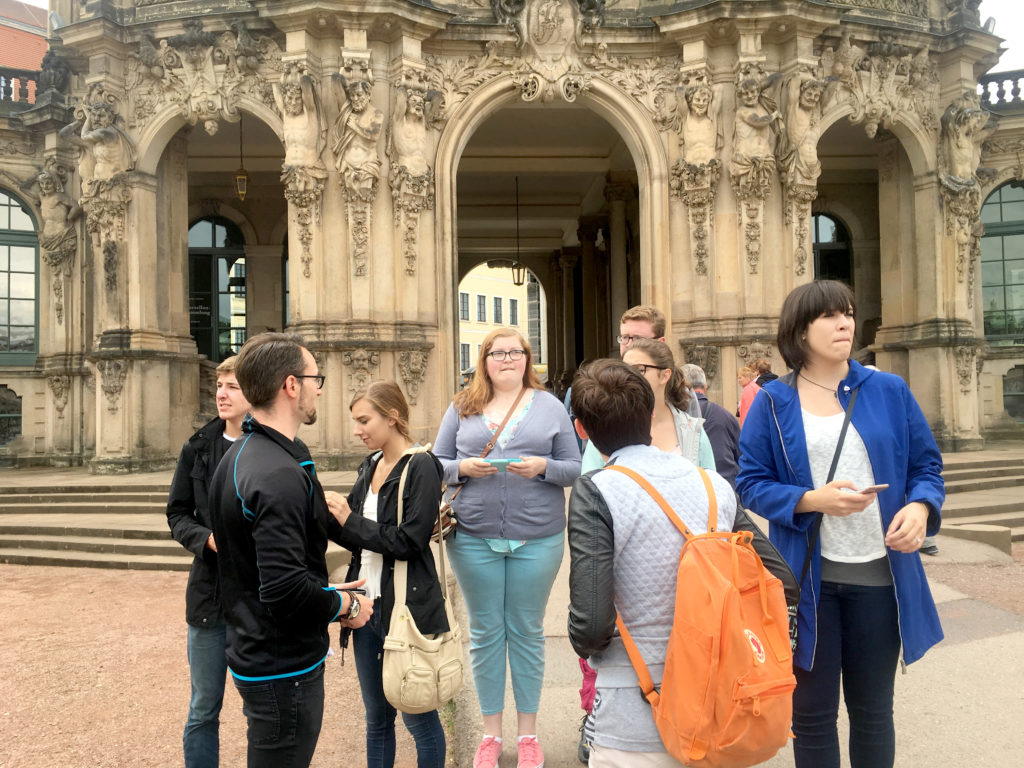 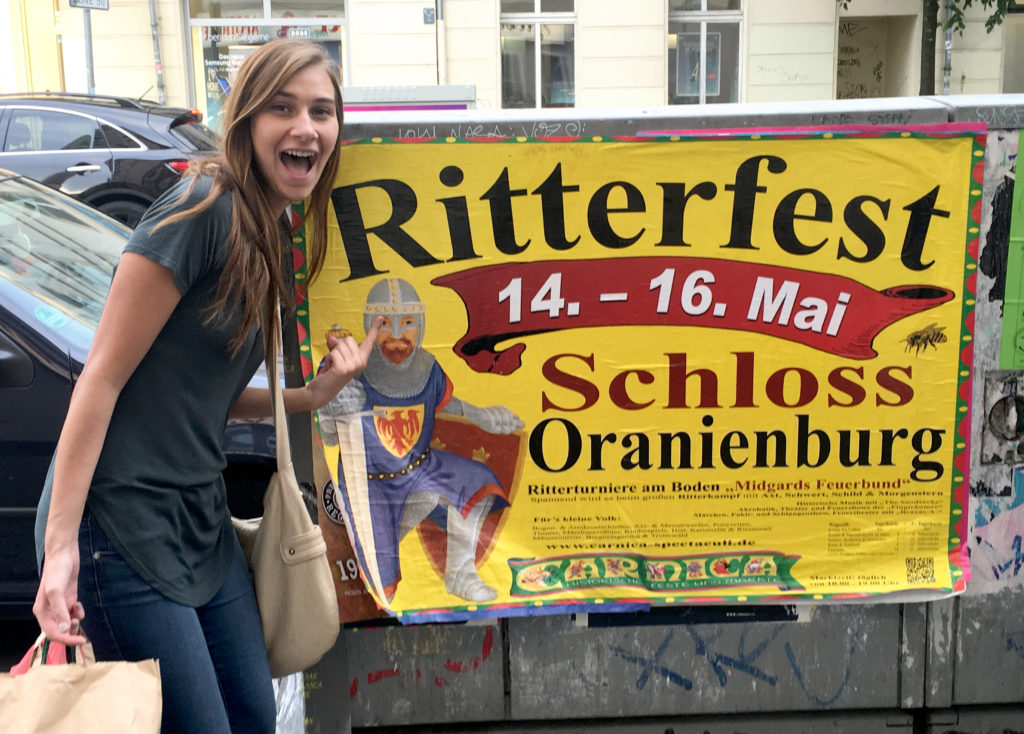 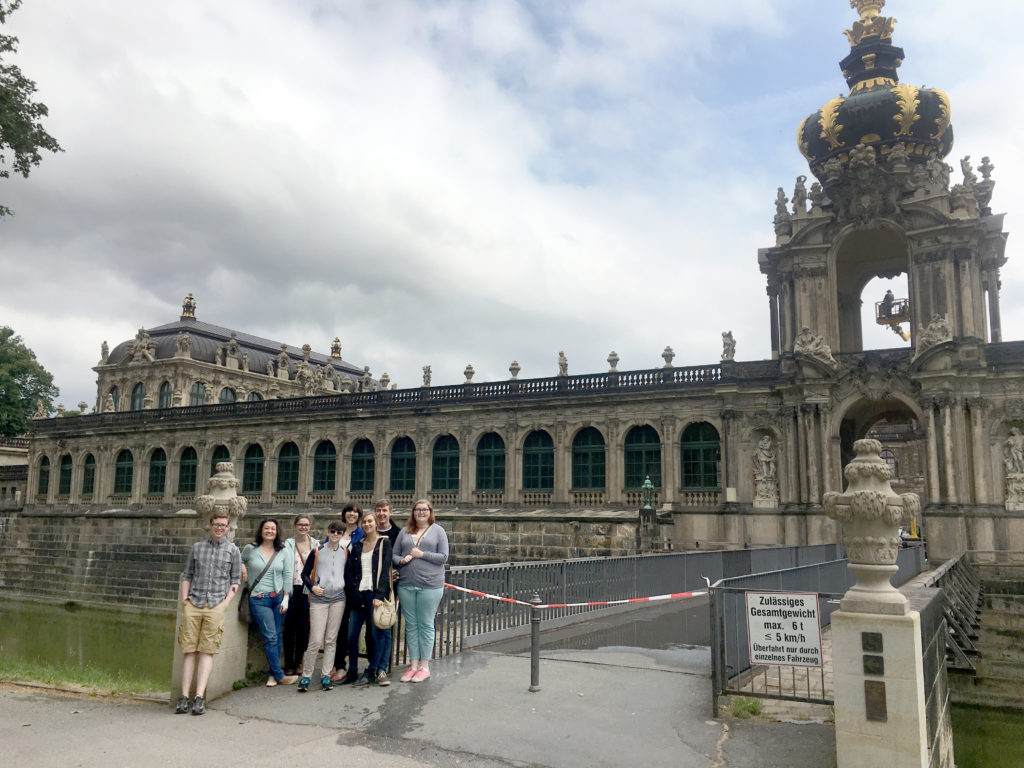 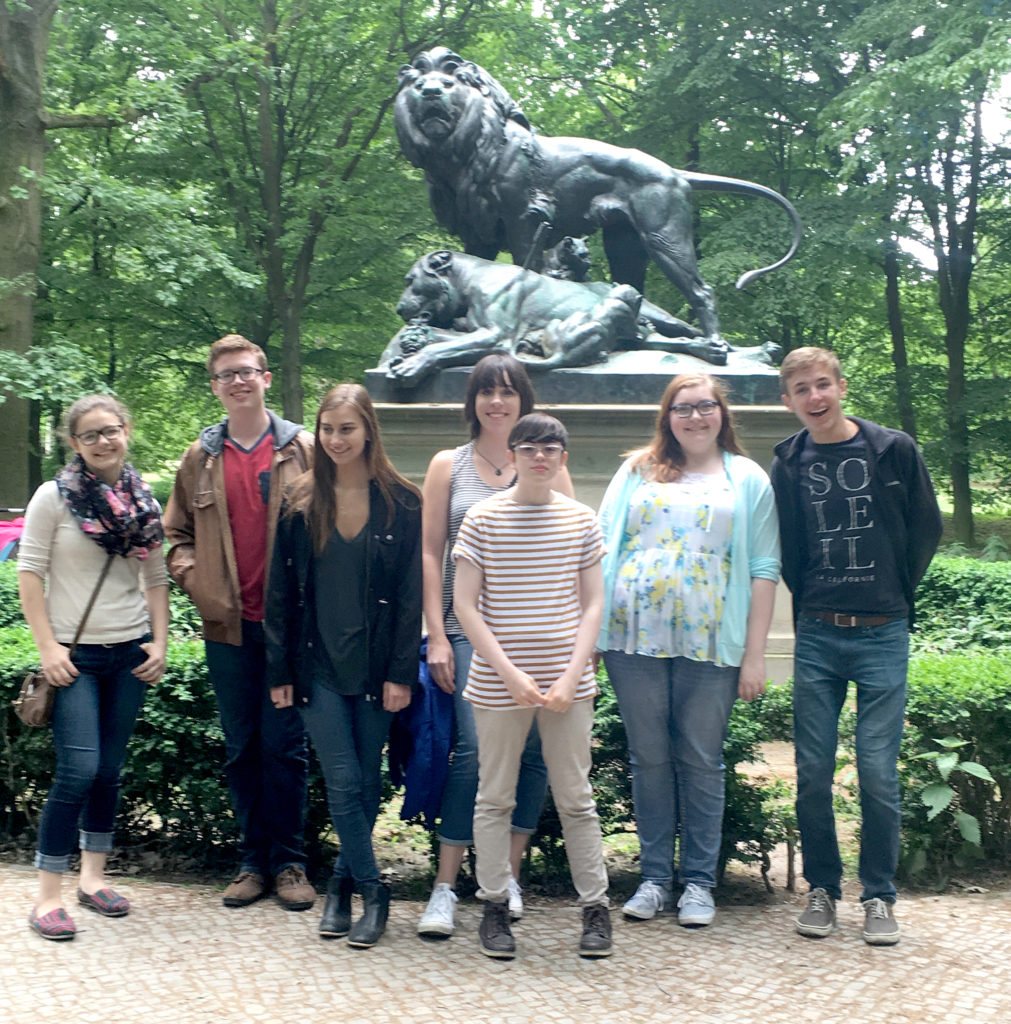 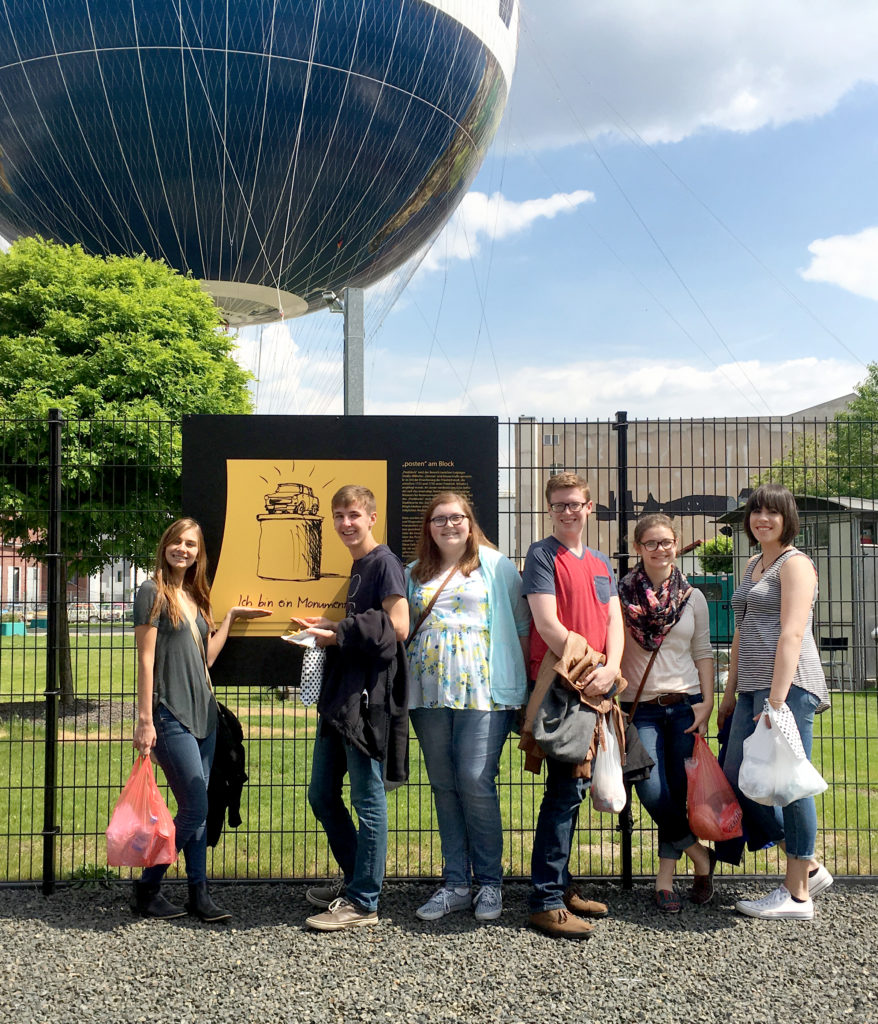 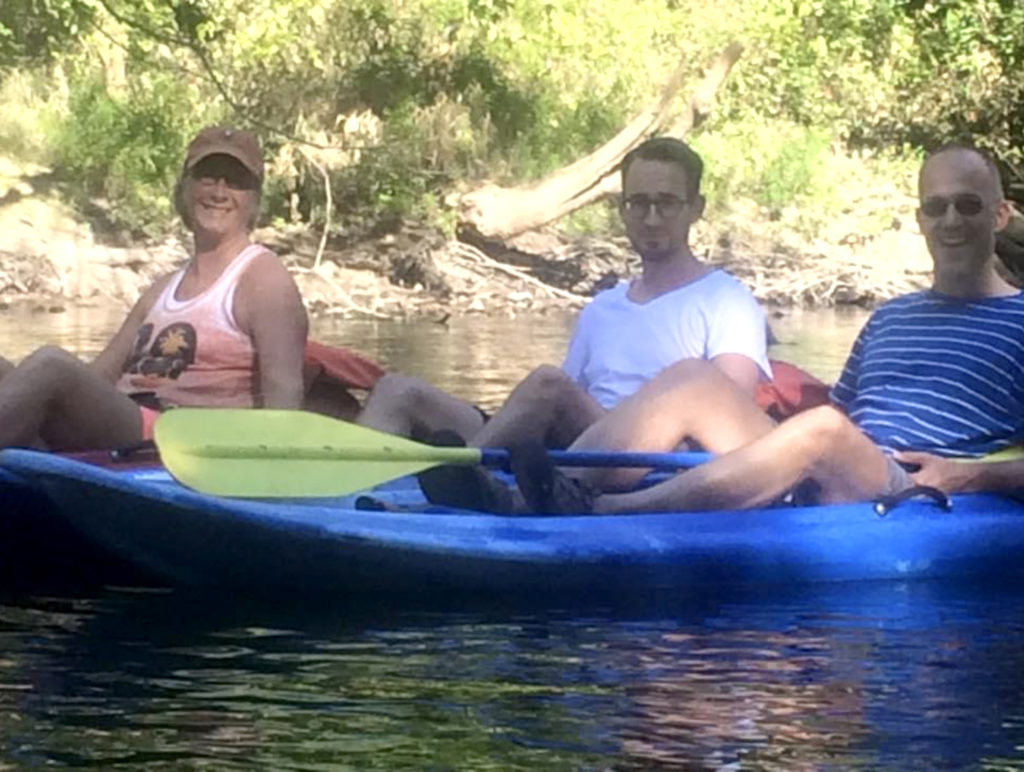